Christmas would not be Christmas without the annual Doctor Who Christmas Special. Liberty Shield unlocks this UK exclusive so that you can view it where you are.

Christmas time in the UK includes many things, but one of the most anticipated is the annual Doctor Who Christmas Special. This year’s will be even more significant as the current incarnation of the famous doctor, Peter Capaldi, bids farewell to the role.

The magical final chapter of the Twelfth Doctor’s journey sees the Time Lord team up with his former self, the first ever Doctor (David Bradley – Harry Potter; Game Of Thrones) and a returning Bill Potts (Pearl Mackie), for one last adventure. 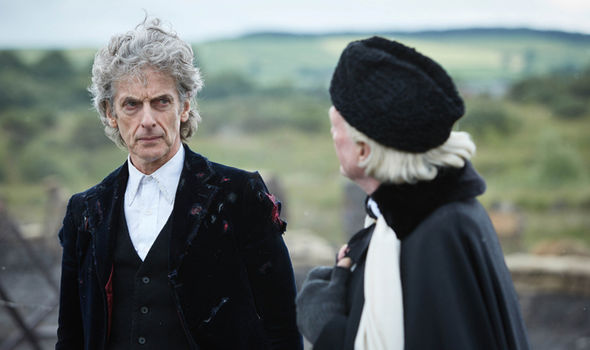 And a World War One Captain destined to die on the battlefield, but taken from the trenches to play his part in the Doctor’s story.

An uplifting new tale about the power of hope in humanity’s darkest hours, Twice Upon A Time marks the end of an era. But as the Doctor must face his past to decide his future, his journey is only just beginning…

Twice Upon A Time is written by Steven Moffat, directed by Rachel Talalay, and executive produced by Brian Minchin. The 60-minute special guest stars Mark Gatiss as The Captain and Nikki Amuka-Bird as the voice of the glass woman, and will see Peter Capaldi’s Doctor regenerate into the Thirteenth Doctor (Jodie Whittaker).

“Doctor Who has taken me on an amazing journey. Now that it’s coming to an end, I wish the Doctor all the very best for the future, and the past, and everything in-between. Time I was off.”