The 45 Senior GAA Championship Games televised live this Summer have been revealed, with RTÉ covering 32 matches, while 13 games are exclusive to Sky Sports.

RTÉ Player will kick start the live coverage with the meeting of Donegal and Tyrone in the Ulster Championship on May 17th, while a week later the RTÉ cameras are at Cavan v Monaghan, and in Semple Stadium for Clare v Limerick in the Munster SHC opener.

A total of six provincial finals will be live on RTÉ, with the Hurling and Football deciders in Leinster and Munster along with the Ulster and Connacht Football finals to be shown. 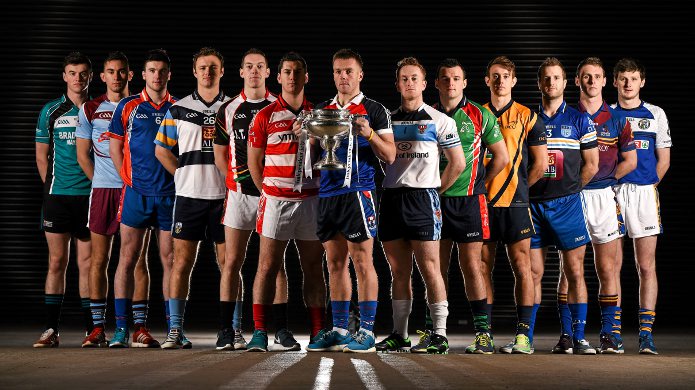 Sky Sports opening fixture is the Leinster SFC quarter-final on June 6th, with Kildare to face Laois or Carlow.

A fortnight later, Sky will show the Leinster SHC semi-final involving either Dublin or Galway and Carlow/Antrim/Laois/Westmeath or Offaly, and the Connacht Football semi-final with Sligo facing either Roscommon or London.

Sky are also set to broadcast an Ulster SFC semi-final, eight Qualifiers and two of the All-Ireland Football quarter-finals.

All of the Senior Football and Hurling semi-finals and finals will be live on both RTÉ Player and Sky.

Meanwhile, TG4 will continue to broadcast the All-Ireland Minor Hurling and Football Semi-finals and Finals live.

New service (available outside Ireland Only) GAAGO is set to broadcast all of the above games live, along with the Under 21 Football and Hurling Finals.

If you try watch RTÉ Sport in English-speaking countries such as UK, USA, Canada, Australia, Spain, France, Canary Islands, Hong Kong, India, Indonesia, Malaysia, Qatar, New Zealand,  Turkey, Saudi Arabia, or Dubai you will get a Geo block error. To bypass this and watch all content for all you need is a a Proxy, VPN or VPN Router to overcome location restrictions that would otherwise block you from watching RTÉ Live Streaming and all other Irish TV services.

Our Irish VPN and Proxy Servers are technically compatible with the RTÉ Player website and mobile apps.  One of our Pre-configured Irish VPN Routers will allow you to watch from anywhere on connected devices which offer the RTÉ app, these include LG SmartTVs and Samsung Blu-ray players.
Furthermore our UK VPN and Proxy Servers are technically compatible with Sky Sports. Existing Sky Sports customers can use our UK IP address services to access their SkyGo account (or ask for a shot of friends/family member’ login details for Sky Sports) from anywhere in the world.Another option to watch Sky Sports live is with Day and Week Passes for NOW TV, where you can watch on multiple devices including computers, tablets, smart tv and set-top live streaming boxes such as Apple TV, Roku and NOW TV’s own box.