Another exciting weekend of Premier League football beckons, and here at Liberty Shield we’ve again picked out three games from the Match-week 4 line-up for you to get excited for. Premier League matches are shown by pay-TV broadcasters Sky Sports, BT Sport, Amazon Prime and with some games available free on BBC Sport. Need a Premier League VPN?

Match-week 4 throws up a number of highly exciting fixtures in the Premier League, before the scourge that is international football kicks back in. Fun Fact: ‘Premier League VPN’ is one of the most searched sports phrases on Google!

First up is the 3pm kick-off on Saturday as Brighton travel to Merseyside to face Everton. The Toffees are riding high with three wins from three to open the season, and look a team transformed with new signings Allan, Abdoulaye Doucoure and James Rodriguez all settling in straight away, while Dominic Calvert-Lewin has been white-hot with five Premier League goals already. Calvert-Lewin also nabbed a hat-trick in the midweek Carabao Cup victory over West Ham.

That win against West Ham came at a big cost though with Allan and Richarlison picking up injuries that are likely to rule them out of this weekend’s game. With Mason Holgate and Jean-Phillipe Gbamin already ruled out, that gives Carlo Ancelotti some big decisions to make ahead of the weekend. Allan and Richarlison have been key to Everton’s aggressive new style of play. Allan, playing the holding role in midfield, had provided a platform for his team-mates to play from and with him injured, and his likely replacement Gbamin already out, Everton will be forced to change things up.

On paper, Brighton haven’t had a great start with two defeats from their opening three games but that doesn’t even begin to tell the tale of their season so far. In their opening game, Brighton outplayed Chelsea and were very unfortunate to fall to a 3-1 defeat. They followed that up with a very impressive, and comfortable, 2-0 win away to Newcastle. Last time out, they comprehensively outplayed Manchester United, and it was only through the worst possible luck, hitting the woodwork and having a penalty awarded against them AFTER the final whistle had been blown, that they contrived to lose the game 3-2.

Three good performances will give Brighton confidence, and this game will see one of the best young managers in the game taking one of the all-time greats. Graham Potter and Carlo Ancelotti have both done tremendous jobs since taking over their respective clubs, and both have transformed not just the playing style of their teams, but also the mindsets within their clubs.

This game promises to be exciting and will be yet another big test for both teams as they look to establish their places in this seasons Premier League.

After Everton vs Brighton, we get a managerial clash that has been highly anticipated since the day Marcelo Bielsa was appointed Leeds United manager in 2018. The last time Bielsa and Pep Guardiola managed in the same league was the 2011/12 season when Pep was in his final season at Barcelona and Bielsa was in his first year with Athletic Bilbao. That was the first season that the general public in Europe got a real glimpse at what a Bielsa team could do, as they captured the imagination on their run to the Europa League final.

The teams met three times that season, a 2-2 draw at San Mames and a 2-0 Barcelona victory at the Camp Nou, and finally a 3-0 victory for Barcelona in the Cope Del Rey final. That final represented Guardiola’s final game in charge of Barcelona, the end of a legendary era. It was also one of two cup final defeats for Bilbao that season, coming a couple of weeks after a defeat to Atletico Madrid in that Europa League final.

This game brings together two managers with two very distinctive ideologies and two well defined game plans. Leeds will be the more confident team, having put together back to back wins after an opening day defeat to Liverpool. The beat Fulham by the odd goal in a seven goal thriller, before grinding out a 1-0 victory over Sheffield United. Leeds have shown ambition on and off the pitch with fantastic football and some big money signings.

Manchester City were on the wrong end of a 5-2 thrashing by Leicester City last time out in the Premier League, though a 3-0 victory away to Burnley in the Carabao Cup should help them shake that off. City are under a lot of pressure this season, with it being Pep’s last season under contract, coupled with last season’s disappointing league campaign and four successive failures at Champions League level. Leicester were able to expose the major problems in City’s defense and Leeds will be looking to do the same.

With City playing a base 4-3-3 shape, we can likely expect Leeds to play their 4-1-4-1. City will be without Gabriel Jesus and Sergio Aguero so expect Raheem Sterling to start upfront flanked by Riyad Mahrez and potentially Ferran Torres. It will be interesting to see if Diego Llorente or Rodrigo get their first starts for Leeds, but one is for certain and that is that they will be adventurous and aggressive in seeking to expose any gaps in City’s backline. 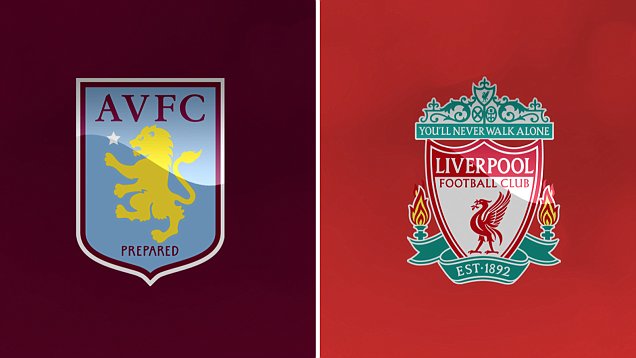 Finally we have the last game of the weekend, as Champions Liverpool travel to the Midlands to face Aston Villa in a battle between two thus far unbeaten teams. Villa have recently added Ross Barkley on loan, which gives them an extra option in midfield and have already shown a level of confidence and execution that is above anything they displayed last season. Wins against Sheffield United and Fulham are a great way for them to start the season, a season in which their owners will likely be expecting more than another skin-of-the-teeth survival from the drop.

Liverpool began the season with a 4-3 victory against Leeds and have swept aside top four contenders Chelsea and Arsenal with ruthless efficiency. Their performance against Arsenal was particularly impressive as they dominated the Gunners in every aspect and had it not been for an Andy Robertson error, it would have been the perfect performance.

Villa look set to be at full strength, whilst Liverpool have Joel Matip out injured, Thiago Alcantara out after a positive Covid-19 test and Jordan Henderson is a major doubt with a thigh injury. Whether those injuries will have an effect on Liverpool looks doubtful after their performances against Chelsea and Arsenal, but Villa will be hoping that being able to name their best 11 will give them a real chance in this game.

Villa are the only team in the league not to concede a goal yet, but Liverpool’s attack will present a completely different threat than Sheffield United and Fulham. At the other end of the pitch, Villa will be hoping Jack Grealish and Ollie Watkins can maintain their good starts to the season.

Liverpool will be heavy favourites, but they can’t afford to overlook Aston Villa as they aim to march on towards back to back titles.