We’re six weeks into the season and we’re yet to find a single potential front-runner for the Premier League title. Premier League matches are shown by pay-TV broadcasters Sky Sports, BT Sport, Amazon Prime and with match highlights available free on BBC Sport with Match of the Day. Need a Premier League VPN?

Every team has lost at least once, most teams have had at least one very bad result and nobody has shown an inkling of separating themselves from the pack. Last weekend, Everton and Aston Villa both suffered defeats to end their impressive starts and both will be looking to bounce back this weekend.

At the other end of the table, Sheffield United and Burnley did both turn in their best performances of the season so far but ended up on the wrong ends of defeats. They, along with Fulham, remain at the bottom of the table on one point apiece. While Sheffield United and Burnley are unlikely to make any drastic changes and their managers should have a modicum of safety in their jobs, that’s likely not the case for Scott Parker.

Keep an eye on Fulham’s Monday night game at home to West Brom because it could prove pivotal. If Fulham lose, and given the tough fixtures facing Sheffield United and Burnley this weekend, West Brom could find themselves five points clear of the relegation zone. They could potentially leapfrog Brighton as well, giving themselves an extra layer of protection from a season long dog-fight. While it’s still very early in the season, this game is a potential relegation six pointer already. It could also be crucial in deciding Parker’s fate.

Outside of that, there are three games this weekend that we here at Liberty Shield VPN believe are must-watch content for you.

Let’s start with arguably the two most disappointing teams in the league thus far. Sheffield United, who finished ninth last season, face last season’s runners up Manchester City at Bramall Lane. United have had a terrible start to the season with five defeats from their first six matches and only one point on the board. They’ve had some injuries but there really is no excuse for their poor form.

Defensively they have been resilient but they just can’t find goals. Only three league goals thus far, with two of them coming from penalties, is not going to cut it in the Premier League. They spent big money on Rhian Brewster to score goals but neglected to sign anyone to create them. They need to start picking up points, and it needs to happen soon.

Manchester City will be hoping to delay United’s pursuit of points for at least one more week as they enter Bramall Lane in inconsistent form. City have lacked a cutting edge in attack with Sergio Aguero and Gabi Jesus, both of whom are expected to miss this game. That means Raheem Sterling, Ferran Torres and Riyad Mahrez will be expected to provide goals.

Pep Guardiola will be hoping that the fit again Aymeric Laporte can stay in the side to partner new signing Ruben Dias and finally form the high quality centre-back pairing that his Manchester City have always lacked. Given the lack goal threat displayed by The Blades this season, City will be confident of a clean sheet but they will need to be on their game to deal with the aerial threat of Oli McBurnie and the movement of Brewster.

This should be an interesting game, with pressure on both teams to recapture their form from previous seasons. It’s safe to say that neither side saw themselves in their current league positions of 19th and 13th respectively at this point. I expect Sheffield United to try and outwork City in midfield and try to get as many men into the opposition box as possible to try and win second balls from crosses to McBurnie.

City’s last two away matches in the Premier League have both ended in draws, at Leeds and West Ham. Can Sheffield become the third United to take points from Pep’s men?

Among the lowlights were red cards galore, a brawl, a flying pizza and the most inept refereeing display the league has ever seen. The highlights included some of the best and most ferocious football the league has seen. Big games, big goals, world class players at their apex. This fixtures has had it all.

Arsenal dropped off the level first, and while the rivalry was still strong it didn’t grab the public attention the way it had from 1996 to 2005. These clubs still have a lot in common though. Both have lost their way, both now have former players as managers, both are in the process of rebuilding though neither have ideal ownership for such projects.

This fixture used to centre around two incredible midfield units, Beckham-Keane-Scholes-Giggs for United, Ljungberg-Vieira-Silva-Pires for Arsenal. It’s interesting that the midfields are now the weakest points of both teams. Both have incredible attackers, but often lack the control and creativity from midfield to make the most of what they have upfront.

This match may come down to a battle of wits between the managers. Arteta has shown a good aptitude for setting his team up defensively, but Arsenal lack creativity and defined identity in attack. Solksjaer has created the ultimate Jekyll and Hyde team. Dreadful so far in Premier League action, United have been excellent in the Champions League. If he can translate that European form to domestic football, United should win this game. If not, then a draw seems likely unless Aubameyang can pull something special out of the bag. 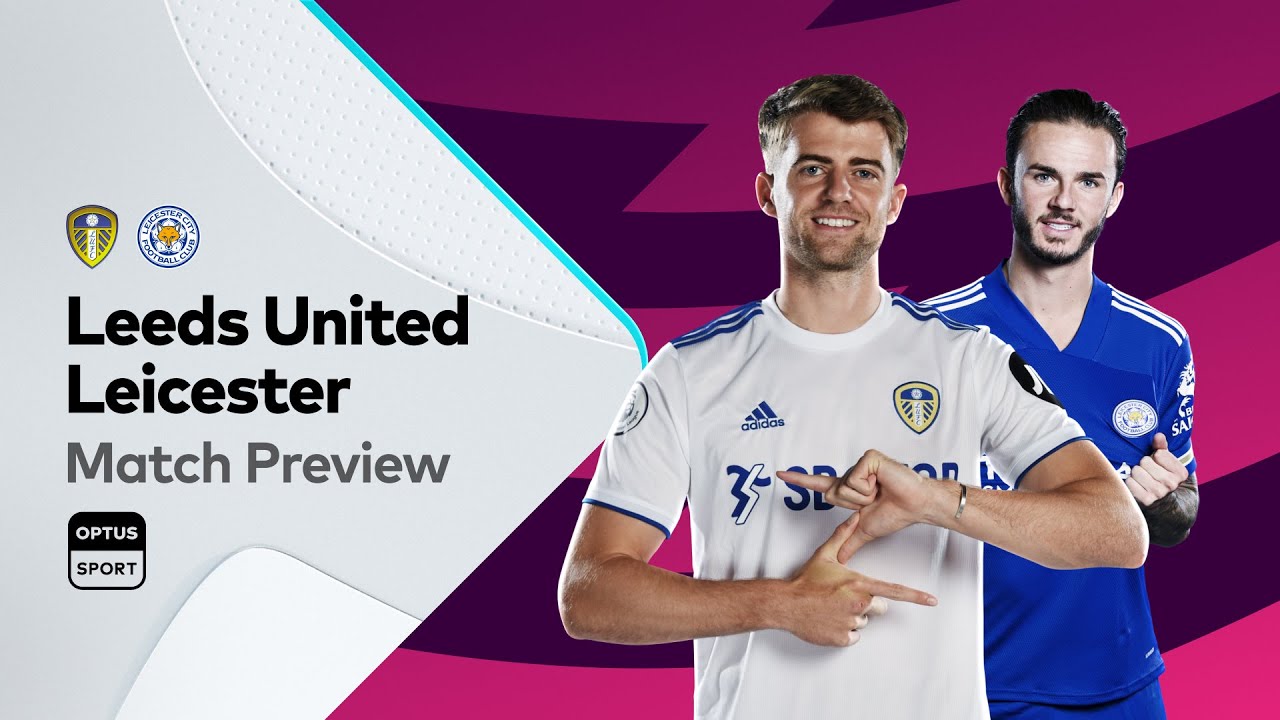 This one promises to be an absolute belter of a game with two managers steadfast in their desire to play attacking football facing off. Marcelo Bielsa is a tactical mastermind who has guided Leeds to an impressive 10 points from their opening six matches, and he will believe they should have taken something from their game against Wolves as well. Brendan Rodgers on the hand is one of the best attacking coaches in the league, and he has an immense amount of talent at his disposal.

Both managers favour a 4-1-4-1 formation, but are also more than happy to shift to a back three on a regular basis. Bielsa is probably a bit more flexible in his tactical shape but he and Rodgers are dogmatic in their approaches. Plan B often tends to be more of Plan A for both of these managers.

Leeds have two key injuries going into this game with captain Liam Cooper and midfield lynchpin Kalvin Phillips both ruled out through injury. Summer signing Diego Llorente is also out so Leeds will may continue with Luke Ayling at centre-back after his impressive performance next to Robin Koch against Aston Villa.

Leicester will be without three key players, as Ricardo Pereira, Wilf Ndidi and Caglar Soyuncu are ruled out. Ndidi and Soyuncu are the bedrock of their team and despite the impressive form of Wesley Fofana since signing from St-Etienne, both are big loses. Pereira is yet to play this season and, despite the good form of Castagne, he has been missed as an attacking threat from right back.

This could well be the most entertaining game of the weekend with both teams keen to play an attacking, adventurous style of football and neither manager willing to accept anything less than that.