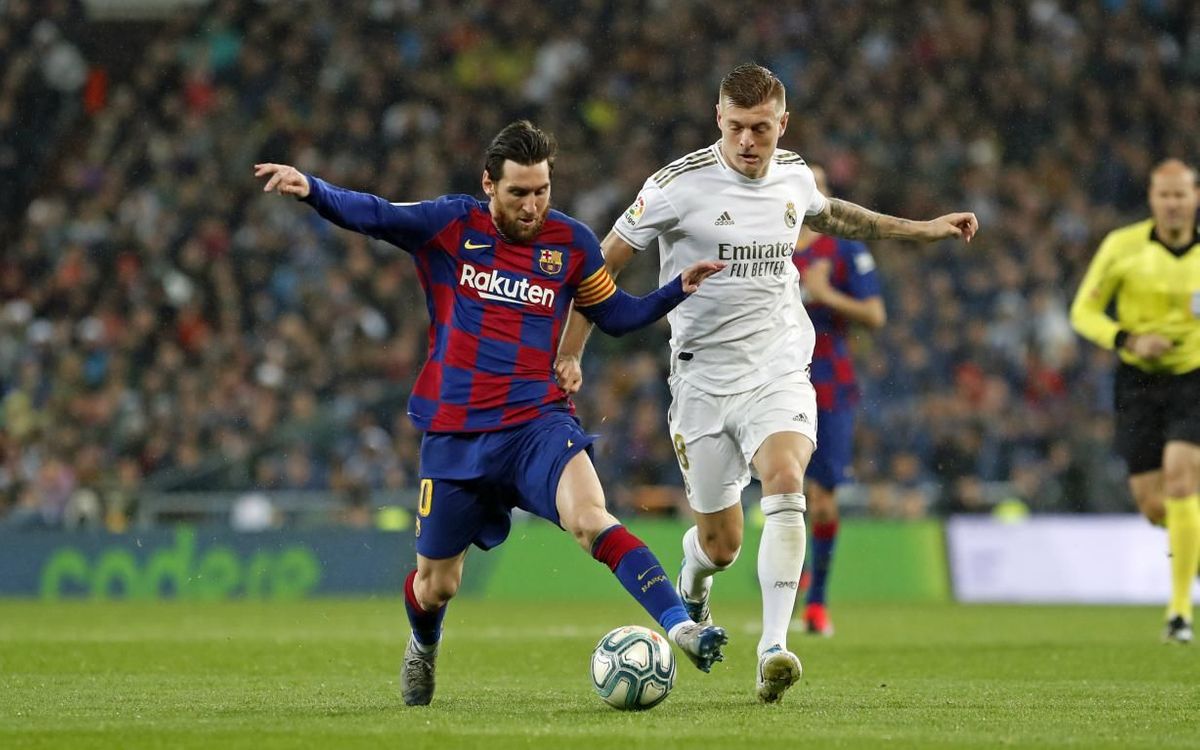 Let’s start with football, as we usually do. Full rounds of match-ups across all the major European Leagues as usual but we’ve narrowed it down to one suggestion from each of the top five leagues, because there simply won’t be time to watch much more than that.

In the Bundesliga, Dortmund face Schalke in the Rivierderby. This match comes at a really bad time for Schalke who have starting the season in abysmal form taking only one point from their four games. They’ve sacked their manager and are currently as bad on the pitch as they have been for years now off the pitch. Dortmund sit third in the table and despite losing to Lazio during the week in the Champions League will come into this game as the odd-ons favourites to win.

In France we have a battle of 4th vs 1st as unbeaten table toppers Lille travel south to face Patrick Vieira’s Nice. This match will feature some of the finest young talent in European football, with the likes of Amine Gouri, Kasper Dolberg, Jeff Reine-Adelaide and Khephren Thuram going up against Renate Sanches, Sven Botman, Boubakary Soumare and Jonathan David.

Surprise Serie A pacesetters AC Milan, with their 100% record thus far this season, take on Roma at the legendary San Siro on Monday night. For those who grew up watching Gazzetta Football Italia in the 90s and miss seeing a good AC Milan team, this is your chance to buy in early on the resurgence of one of Europe’s truly great clubs. Roma have been hit and miss this season but will represent a good test of Milan’s early title credentials.

Finally then, the biggest game of the weekend. Arguably the biggest game in world football, El Classico. Real Madrid vs Barcelona. Neither club can claim to be in great shape, with Real having lost to Cadiz last weekend and Shakhtar Donetsk in midweek, whilst Barca are in turmoil off the pitch and underperforming on it. They lost to Getafe last time out in La Liga action, and drew with Sevilla before that. Both teams will want to get their seasons kickstarted. Both teams have massive questions to answer, and massive expectation to deal with. These games are rarely dull, I expect goals and drama. 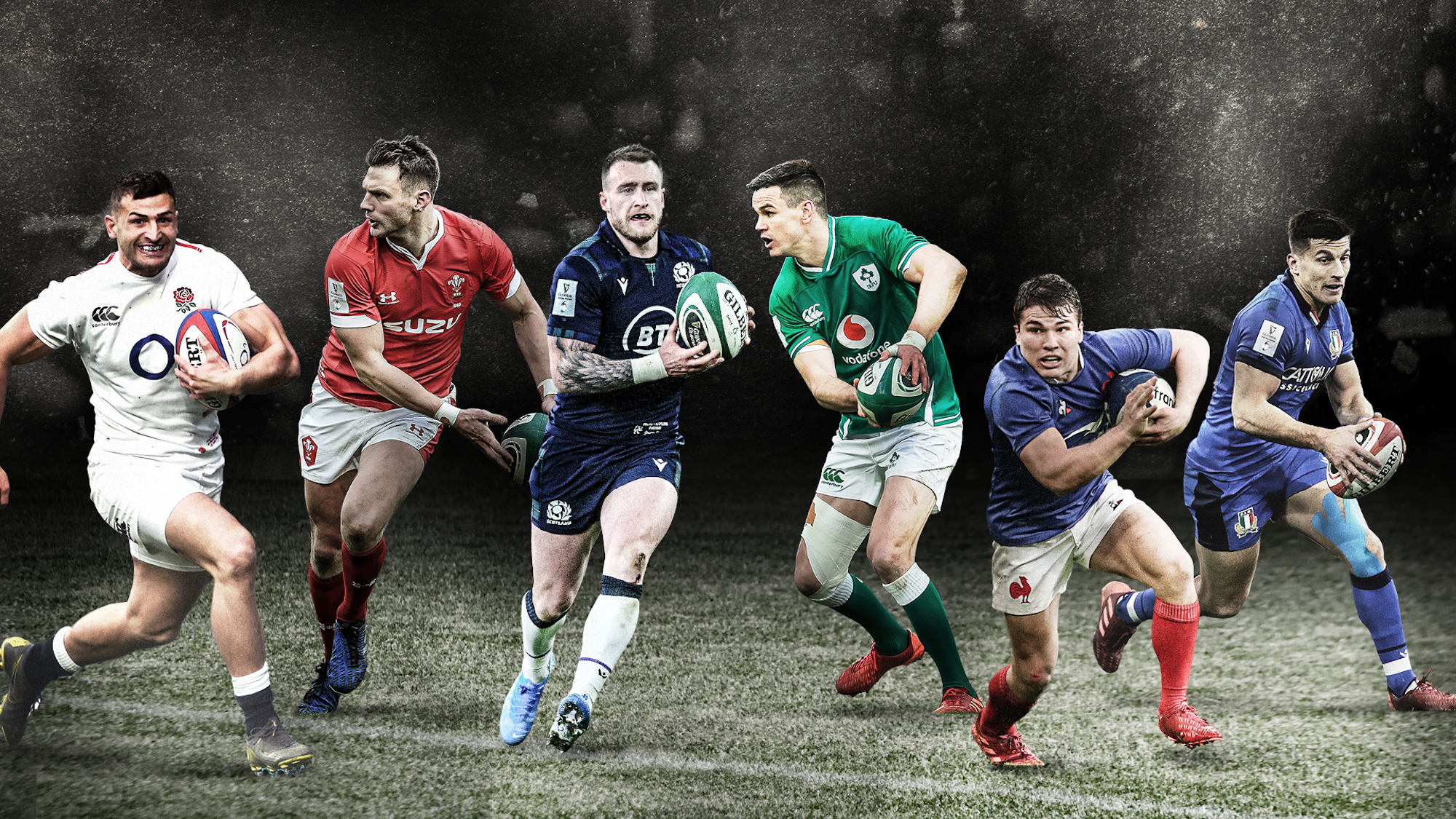 It’s another massive weekend in Rugby, with Guinness Pro League matches on Friday, Saturday, Sunday and Monday but despite the quality of play on display, those games are taking a backseat this weekend.

The Six Nations gets back underway seven and a half months after it came to a screeching halt. Ireland will finally host Italy in their round 4 match-up on Saturday at 3:30 at the Aviva Stadium. This game was originally supposed to take place on March 8th but had to be postponed for obvious reasons. The Irish will be heavy favourites to win, and go into the game knowing that a win with a bonus point would put them top of the table and send them to Paris for a titanic, potential title decider against France on October 31st.

On the club side of things, the Gallaghers Premiership Final takes place Saturday at 6pm at Twickenham. This is expected to be a very tight match but Wasps are without 11 players heading into the game and face an Exeter Chiefs team riding a high after beating Racing 92 last weekend to win the European Champions Cup.

Exeter will be looking to secure their second Premiership in the last five years, a period in which they have reached the Premiership final every year. They have finished the regular season in the top two every year for the last five, topping the table in each of the last three seasons, and advanced to the final every year through the playoffs. Their three final defeats all came at the hands of Saracens, who have been relegated from the Premiership and fined massively for financial doping which makes you wonder if, had everyone been playing by the rules, would Exeter potentially be looking at five Premierships in a row? Their dominance has been astounding considering they’ve only spent the last 10 years in the top flight having previously been a lower league team for their entire history.

Wasps will fancy themselves as underdogs and will be spurred on by the memory of a Premiership final defeat to Exeter in 2017. While they will be without some key players, they should still field a strong team and will be hoping that the absence of some big names will spur the rest on and force them to go that extra mile. Wasps will need everyone to be at their very best to have a chance in this game, but don’t rule them out.

And if all that isn’t enough, the legendary Barbarians will face England on Sunday at 2pm in Twickenham. At time of writing this game is in doubt due to breaches of Covid-19 regulations by a group of players, but Rugby fans will be hoping it goes ahead as games between England and the Baa-Baas are always fun to watch. England currently own the series record against the invitational team 11 wins to 8, and have won the last four of the last five. Fingers cross this game gets the go-ahead. 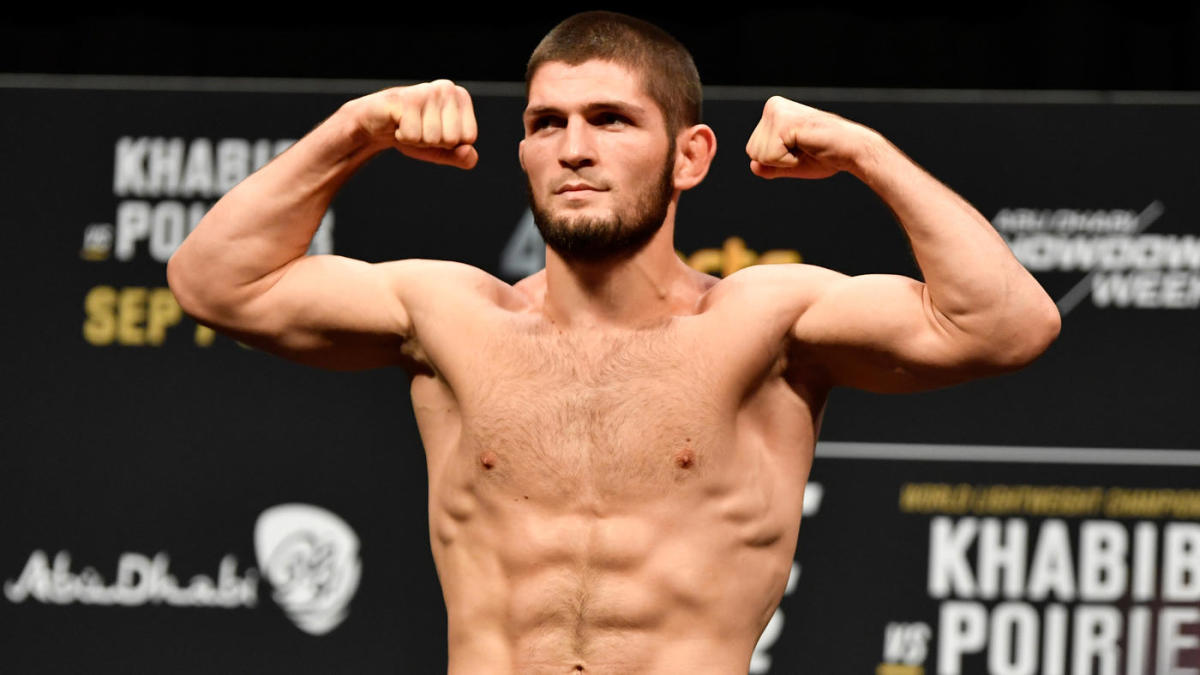 It’s an equally huge weekend for the UFC with Khabib Nurmagomedov taking on Justin Gaethje for the undisputed Lightweight Championship of the world. Gaethje defeated Tony Ferguson in a one-sided TKO victory back in May to become the interim Champion and set up a blockbuster clash with Khabib. The UFC loves an interim title, and created this one during the pandemic when Khabib was stuck in Russia dealing with his father’s poor health and travel restrictions.

Khabib’s father, Abdulmanap, a world renowned trainer widely regarded as one of the finest grappling coaches ever, sadly passed away in July having contracted Covid-19 following a hospital stay for heart surgery on a condition brought on by complications from pneumonia. The cold business side of the UFC saw Dana White and the powers that be threaten to strip Khabib initially after his refusal to fight during the pandemic, before the real reasons came to light.

Khabib is arguably the greatest MMA fighter of all time, carrying a perfect 28-0 record, and will be the biggest test of Gaethje’s career. Gaethje owns a 22-2 record but has had problems with wrestlers in the past, despite his own excellence in that area, due to his insistence on standing and trading punches and thus leaving himself open to takedowns. His performance against Ferguson was the best of his career but Khabib is a totally different animal. With powerful fists, a granite chin and the best wrestling in the sport, Khabib is a monster. Listen to his team-mates talk about him handing much bigger men beatings in sparring and you begin to get a picture of how good he is. Watch him fight, and it becomes crystal clear. Khabib is the most dominant fighter the sport has ever seen. He has to be seen as a heavy favourite, despite the 13 month lay-off he’s had. 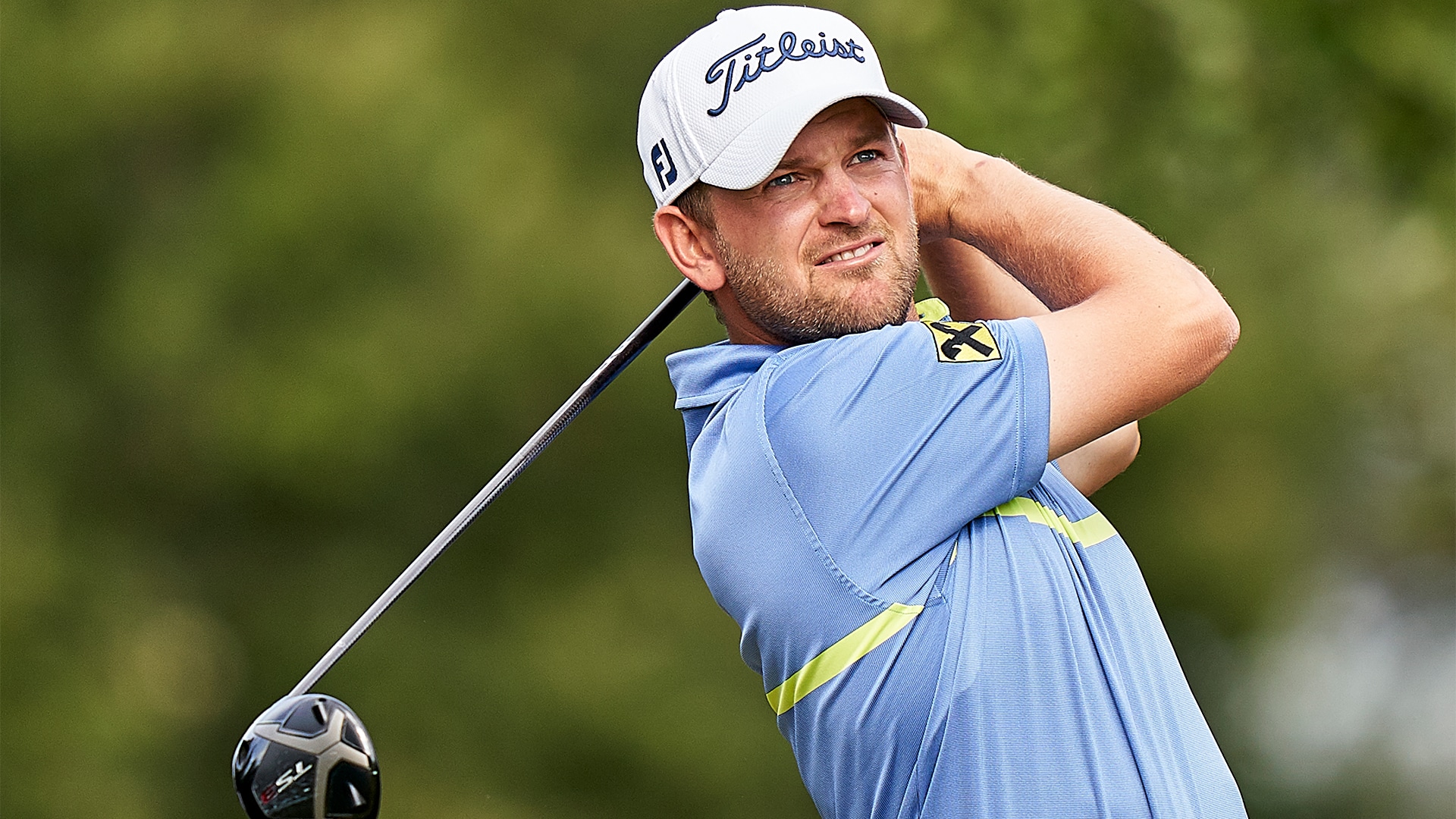 For the Golfers among you, the Italian Open should provide your fix this weekend. Can Bernd Wiesberger become the first person to win the title in back to back weekends since Flory Van Donck? It’s worth noting that those two victories for Van Donck actually took place 9 years apart due to World War 2, and the last time someone won this competition in back to back years was Auguste Boyer in 1930 and 1931. 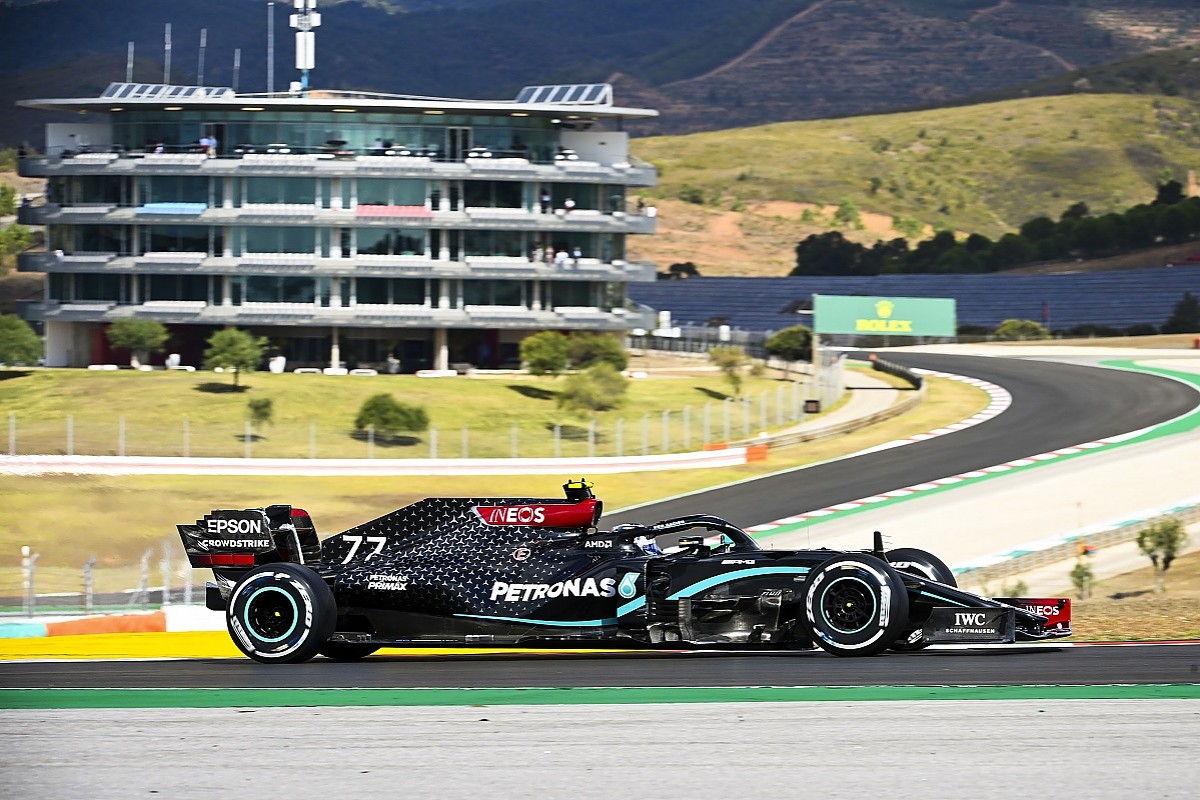 Formula 1 is back after a weekend off, and the procession to crown Lewis Hamilton continues with the Portuguese Grand Prix. This race has been revived due to the altered schedule forced on F1 by the pandemic and will take place on the tricky Algarve International Circuit. Can anyone stop Hamilton? Practice is Friday, Qualifying takes place Saturday with the race itself happening on Sunday. 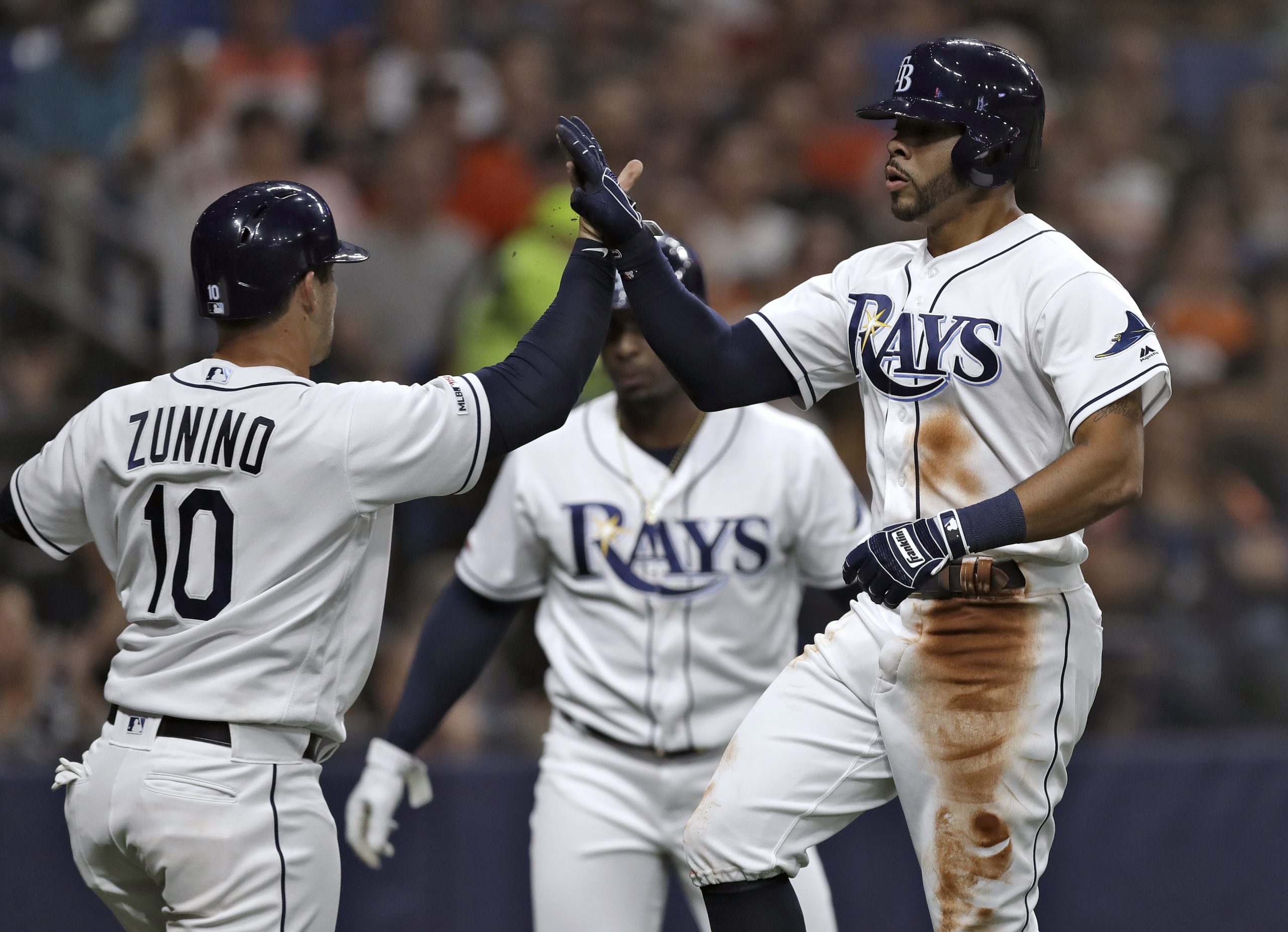 In Major League Baseball, the World Series reaches a crucial point with games on Friday, Saturday and Sunday nights. The Tampa Bay Rays are currently tied 1-1 with the LA Dodgers in a David vs Goliath tussle. The Rays are one of the smallest franchises in the sport, with one of the lowest payrolls, whilst the Dodgers spend money like it’s going out of fashion. If you like an underdog story, this one might be it.

Staying Stateside, the National Football League seems to be in a continued state of turmoil as they try to navigate the pandemic. Week after week players are dropping like flies due to injuries and Covid. There are two standout games to keep an eye on this week, firstly to 5-0 Tennessee Titans face the 5-0 Pittsburgh Steelers for AFC supremacy. This is a battle of two from the last three unbeaten teams and promises to be a proper old school, smash mouth game between teams that believe in running the football, and strong defence.

On Monday Night Football, it’s the LA Rams, led by the incredible Aaron Donald, taking on the Chicago Bears and Kahlil Mack. These two defensive studs will go a long way to deciding the outcome of the game. If either can dominate, their team stands a great chance of winning.

With all of this to feast your eyes on, the only other things you’ll need are a Just-Eat account and a Liberty Shield VPN. Purchase yours, using my code EPLVPN to get 20% off your hardware or software only package, right here.