Matchweek Five gave us some surprising results, and a big bag of controversy from the Merseyside Derby. Everton remain unbeaten at the top of the league, while Aston Villa sit second with the only 100% record in the league. Premier League matches are shown by pay-TV broadcasters Sky Sports, BT Sport, Amazon Prime and with match highlights available free on BBC Sport with Match of the Day. Need a Premier League VPN?

Despite all the acclaim being focused on Villa’s attacking players, it’s their defensive unit that has been the real star for them this season. With only 2 goals conceded in four games, the six man unit of goalkeeper Emi Martinez, defenders Matty Cash, Ezri Konsa, Tyrone Mings and Matty Targett, plus the exceptional defensive midfielder Douglas Luiz have created a platform for Villa to build something impressive off. Fun Fact: ‘Premier League VPN’ is one of the most searched sports phrases on Google!

Players seem more willing to try something unlikely, safe in the knowledge that they won’t have 40,000 people moaning at them if it doesn’t come off. With England going backwards in terms of dealing with Covid-19 it’s hard to see fans in the Premier League stadiums any time soon, so the shocking results and goal fests might be something we have to get used to.

With that in mind, here’s our suggestions of the games to watch this weekend.

We kick the weekend off with the aforementioned Villans playing host to Marcelo Bielsa’s Leeds in a battle between two teams wanting to re-establish themselves amongst the elite of English football having both gone through tough times.

Villa, as mentioned above, come into the game in great form and will be confident of maintaining their 100% start at home to a newly promoted team. But Leeds are not a normal newly promoted team. They don’t care how good you are, what kind of form you’re in or that they are new to the division.

Leeds have taken seven points from their five games thus far but, with the exception of their last game against Wolves, they’ve impressed each time out. They gave a good showing of themselves against Liverpool, beat Fulham and Sheffield United, and arguably deserved to beat Manchester City before having to settle for a point. They will not have been happy with their performance against Wolves but even then, they probably deserved a point.

Marcelo Bielsa’s intense style of play will present a new challenge for Villa, but one they have faced before. These sides met twice during the 18/19 Championship season that ended with Villa gaining promotion through the playoffs, winning the final against a Derby County side who had dispatched Leeds in the semi’s.

Leeds beat the Villans 3-2 at Villa Park that season, with the return fixture ending in a 1-1 draw but this Villa team bears almost no resemblance to that Villa team. From the side that started the 3-2 defeat that day, only John McGinn is a likely starter this weekend. It’s also worth noting that the last game Dean Smith managed Brentford in, before his switch to the Midlands, was a 1-1 draw away to Leeds.

This game should be entertaining with an interesting contrast of styles making for a game that could have plenty of goals. What a cracking start to the weekend.

Ole has just led United to 10 straight away wins in all competitions, but United have lost their first two home games in the Premier League this season. There performances in the league have been largely awful, though they did show improvement against a very poor Newcastle side last weekend. His pre-United record was checkered having had success with Molde, but failing badly at Cardiff. His time at United has been up and down, with his best spell in charge remaining his time as caretaker manager.

Lampard is less experienced, this is only his third season as a manager. He showed promise at Derby but left before proving himself. His biggest accomplishment at Chelsea thus far was not regressing as far as people expected in a no-pressure first season. This season, there is massive pressure. Lampard oversaw spending that sailed towards the £250mil mark this past summer and will be expected to deliver results, and possibly silverware.

This game offers an opportunity for both to answer some of the questions about them. These sides met four times last season across three competitions, with United winning three of the matches. Neither team can claim to be in good form right now, but both are stocked full of attacking talent. With the two sides also struggling defensively this season, this one could well be a goal-fest. 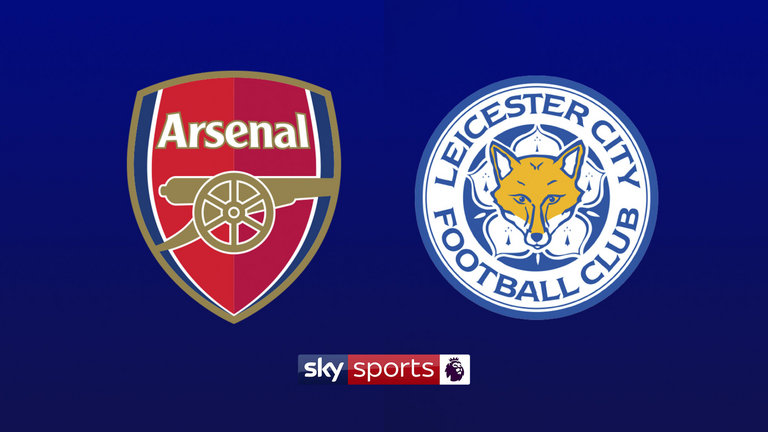 From two teams favoured to finish in the top four this season, to two teams with ambitions to finish in the top four this season. Leicester, coming off back to back losses to West Ham and Aston Villa, will want to recapture the form that saw them win their first three Premier League matches of the season comfortably. Brendan Rodgers men have been ravaged by injuries so far and will be hoping to have Jamie Vardy back to give them a final third threat.

Arsenal have also won three Premier League matches this season, and also beat Leicester 2-0 in the Carabao Cup. Their two defeats this season came against Liverpool and Manchester City, the two best teams in league, so they will likely be very happy with where they sit right now.

Last season Leicester were 2-0 victors at the King Power, while the sides played out a 1-1 draw at the Emirates. The King Power game has little relevance to this one though, as that was before Mikel Arteta took charge of the Gunners.

This game also presents an interesting contrast between managers. Arteta has shown himself to very capable at the defensive side of things, but the lack of creativity and adventure from his team is something of a concern. Rodgers, on the other hand, is known as an excellent attacking coach who gets his teams playing very good football. Defensively though, he’s never shown any real aptitude for setting his team up correctly without having to resort to a back 5.

The presence, or absence, of Jamie Vardy will have a massive impact on this game. Vardy has terrorised Arsenal season after season, bagging two against the Gunners last season and 10 in total against the Londoners. Without him, Leicester can lack a focal point for their attack and a cutting edge, with him they can tear teams apart.