The RBS 6 Nations Championship is without doubt the world’s greatest annual rugby tournament. Each year the collective fans of six proud nations – England, France, Ireland, Italy, Scotland and Wales share a passion during this feast of International Rugby Union.

Scotland and Ireland will get the 2017 6 Nations Championship underway with their Saturday afternoon match at Murrayfield Stadium in Edinburgh on 4th February. Later that same day England and France will meet for at Twickenham. On Sunday it’s all eyes on Rome as hosts Italy take on the Welsh.

England are the defending champions having won the 2016 RBS Six Nations. 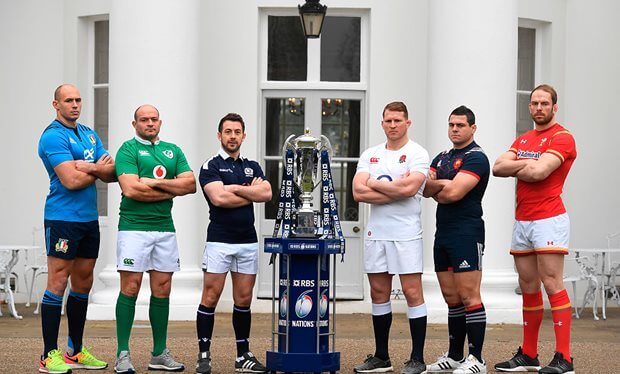 Fortunately the RBS 6 Nations remains one of very few events still shown by free-to-air TV broadcasters. Coverage is offered by the following TV channels in each country.

The BBC and ITV coverage will be streamed live on the their website as well as BBC iPlayer and ITV Hub plus BBC Sport and ITV Hub apps on iPhone, iPad, Android, Smart TV, Now TV, FireTV etc.

How to watch 2017 RBS 6 Nations live streaming from anywhere…

When you load BBC iPlayer or ITV Hub in the USA, Germany, Ireland, Netherlands, France, Spain, Portugal, Australia, Dubai, Canada etc. you will get an error message.

BBC iPlayer and ITV Hub TV programmes are available to play in the UK only.

This is basically because their streaming services are geoblocked based on the IP address being used to access it. You must be a UK domestic web user to access BBC and ITV live tv streaming and catchup with BBC iPlayer or ITV Hub.

*All kick-off times are GMT