UFC 282 is upon us and it represents the biggest night in the career of two of the UFC’s brightest stars.

In the main event Magomed Ankalaev, riding a nine fight win streak and seen as a potentially dominant future Champion gets the chance to fulfill the prophecy as he comes face to face with former UFC Light-Heavyweight Champion Jan Blachowicz with the vacant title on the line. This fight was originally meant to be the co-main event of the card, and it was to act as a number one contender decider. 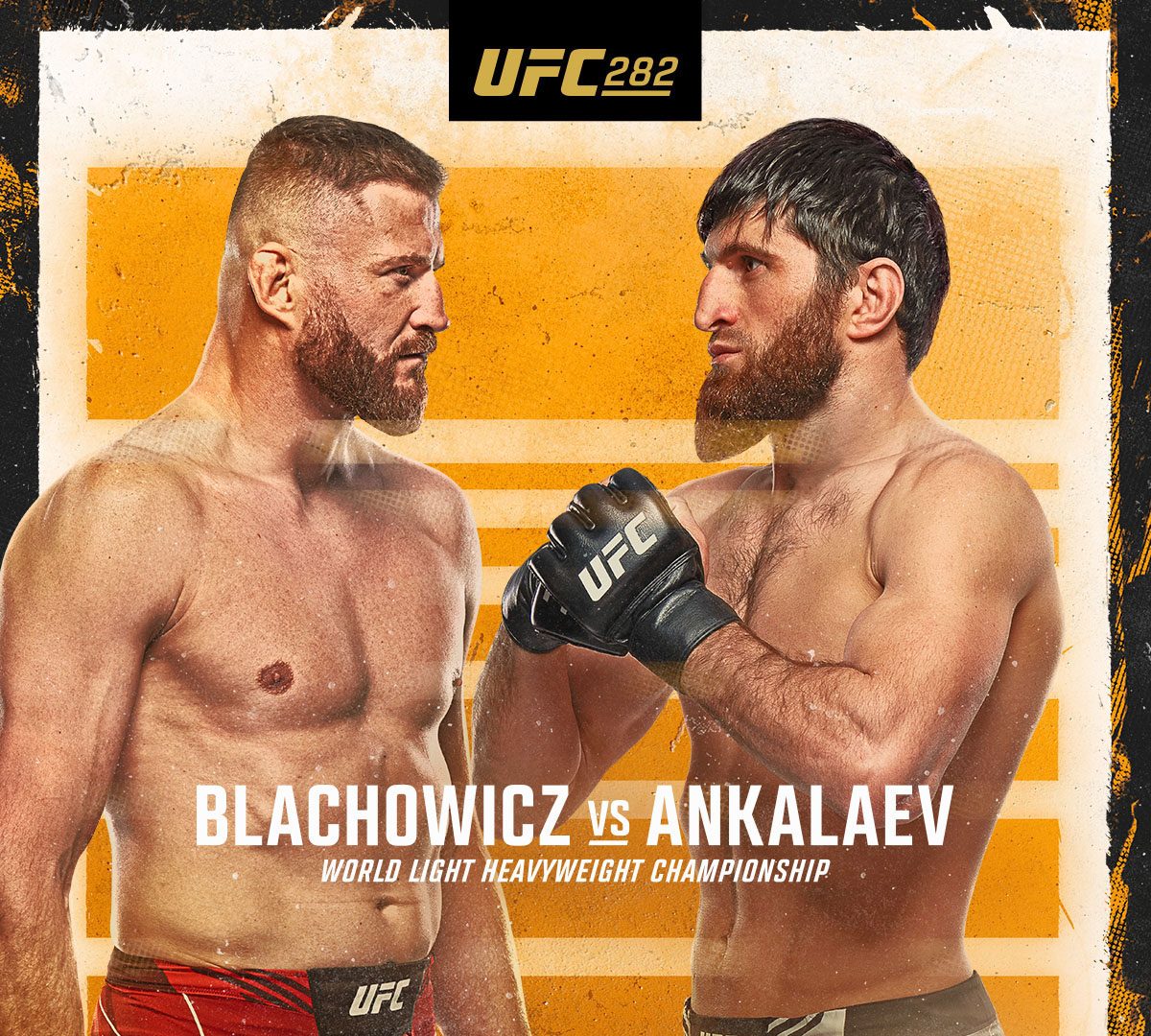 The original headline fight, for the Light-Heavyweight title, was to be a rematch between Jiri Prochazka and Glover Teixeira. Prochazka defeated Texeira when they met in June, and this fight was one fans were desperate to see again after the brilliant contest they put on last time out. Unfortunately Prochazka suffered a serious injury during his training camp and is likely to be out for around a year. Due to that, he was forced to relinquish his belt and that opened an opportunity for Ankalaev and Blachowicz.

Ankalaev joined the UFC in 2018 with a record of 9-0, was defeated in his first fight with the organisation by Paul Craig and then ripped off nine straight wins. Hailing from Dagestan, Ankalaev is a relentless wrestler who overpowers his opponents. Like Islam Makhachev and Khabib Nurmagomedov, Ankalaev sets a ferocious pace, drags his opponents into the deep waters and then suffocating them with his pressure. He’s also an adept striker and is comfortable getting into striking battles with opponents.

Blachowicz is eight years into his UFC adventure and at 39 years of age is likely coming towards the end of his career. With a record of 29-9, he is 11-6 in the UFC and in his early days with the company looked like someone who wouldn’t be sticking around very long. He lost four of his first six fights, with five of those fights going to the judges. Dana White typically doesn’t have much time for that sort of run, but he stuck by the Polish fighter and Blachowicz responded by winning seven of eight to earn a shot at the then vacant Light-Heavyweight title that had been stripped from Jon Jones. He defeated Dominik Reyes in spectacular fashion to take home the title, but the biggest win of his career actually came in his next fight. 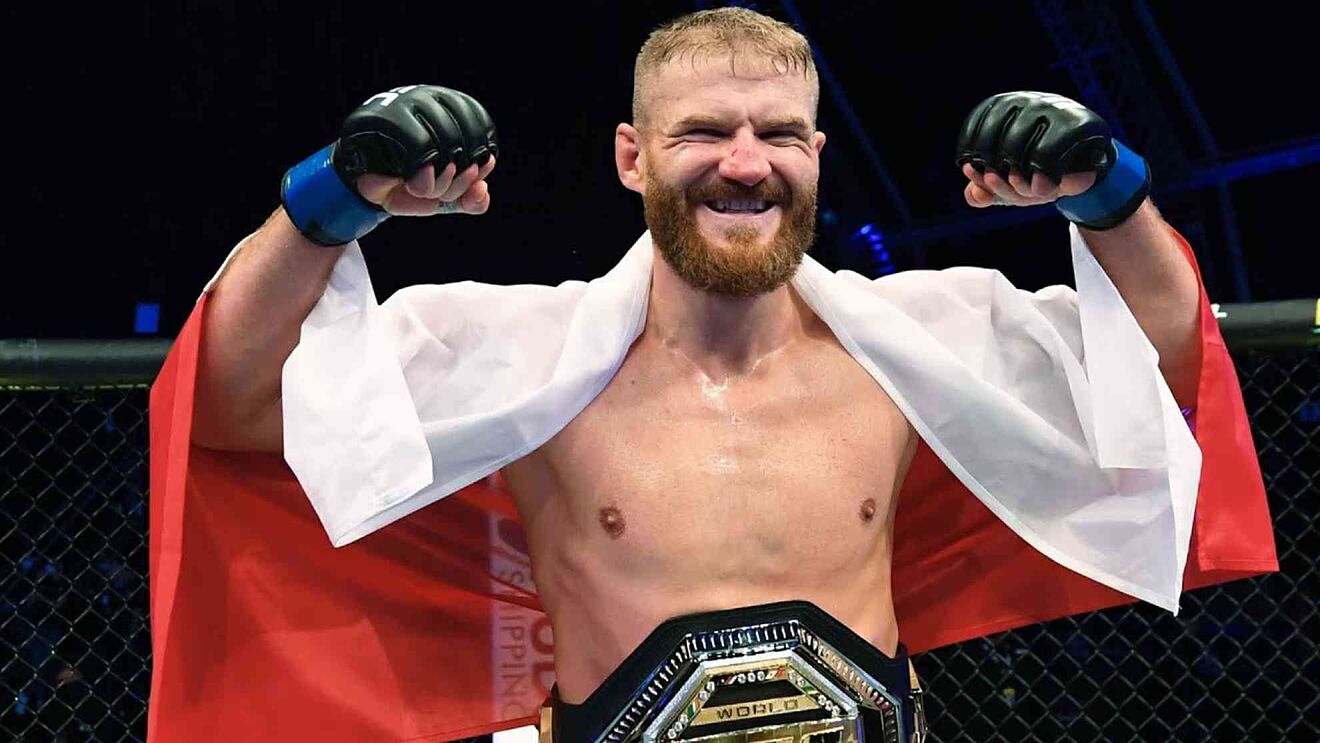 Blachowicz squared off with Israel Adesanya, the then Middleweight Champion who was looking to join the exclusive group of fighters to hold multiple titles simultaneously. Blachowicz dominated the fight and retained his belt with the most convincing performance of his career. Riding the wave he then faced Glover Teixeira for the title and was caught with a rear naked choke in the second round, bringing his title reign to an end. He bounced back by beating Aleksandar Rakic in somewhat fortunate circumstances and earned this fight, which was meant to be a title eliminator.

Instead he will aim to become a two-time Champion, but this might be the biggest test of his career. Ankalaev is nobody’s idea of a fun opponent and goes into this fight as a heavy favourite with the bookmakers. Nine years younger, faster, with superior wrestling and outstanding leg kicks, the Dagestani fighter will emerge as a true face of the company if he brings the belt home with him.

For all the talk about the main event, it’s actually the co-main event that will likely garner the most interest. With the greatest of respect to Jared Gordon, the 34 year old New Yorker is not the reason people will want to see. It’s the man across the cage who will draw the eyeballs. The man with the funny haircut, the cheeky smile and the pale skin. 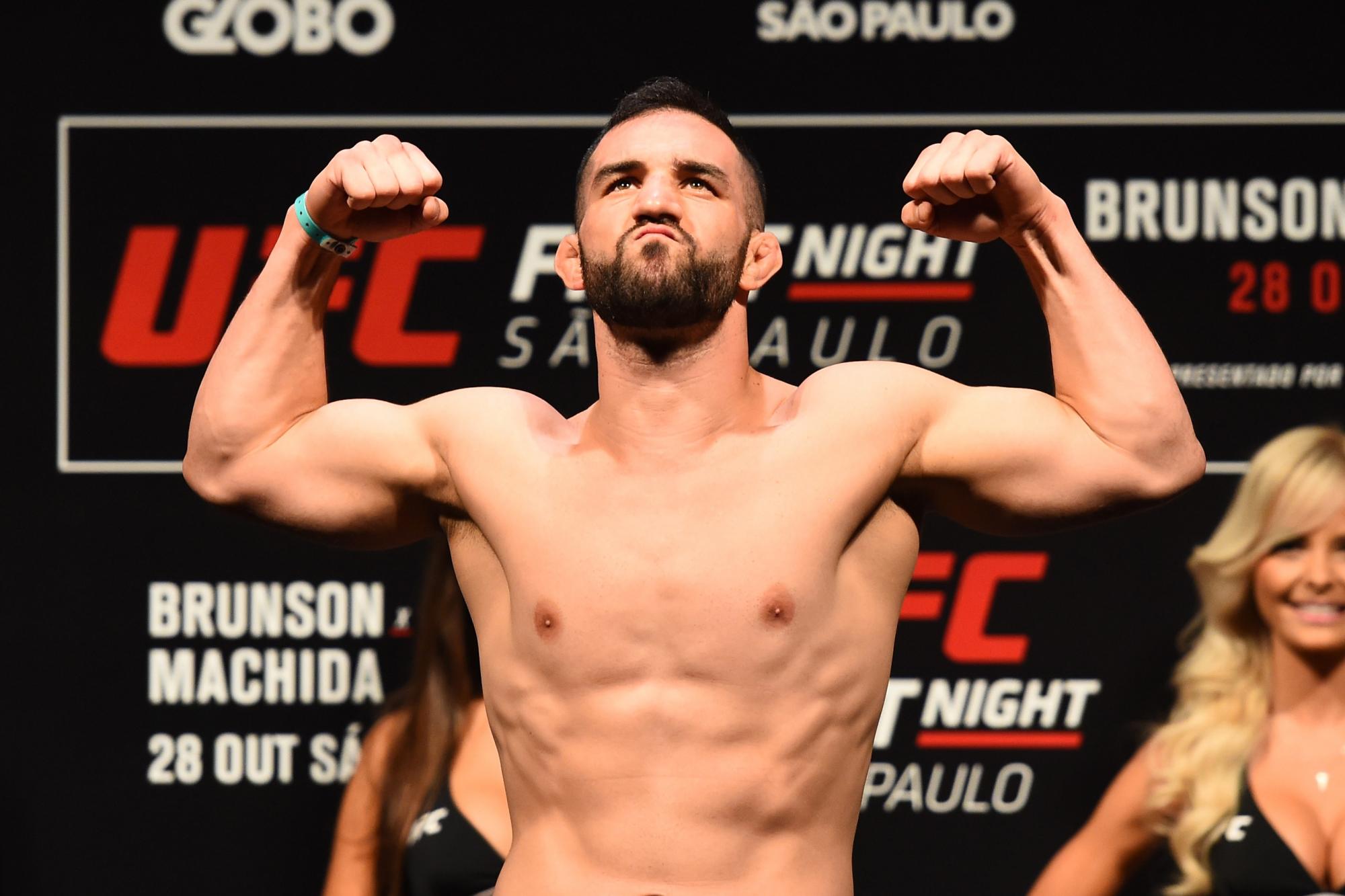 Paddy “The Baddy” Pimblett is one of the UFC’s great hopes in terms of a future star. With his ability to trashtalk being rivalled by only Conor McGregor, and his global appeal due to the exciting nature of his fights and his “normal” appearance, Pimblett is already one of the most talked about stars in the company. Pimblett is 3-0 in the UFC with victories over Luigi Vendramini, Kazula Vargas and Jordan Leavitt. He is yet to see a judges decision and will be looking to keep that streak alive.

Gordon will represent a step up in competition for the 27 year old Scouser, with the American stepping into his 12th UFC fight. His biggest previous fight came against the brilliant Charles Oliveira where he lost by first round KO, we can assume he’s hoping for a better outcome this time around. 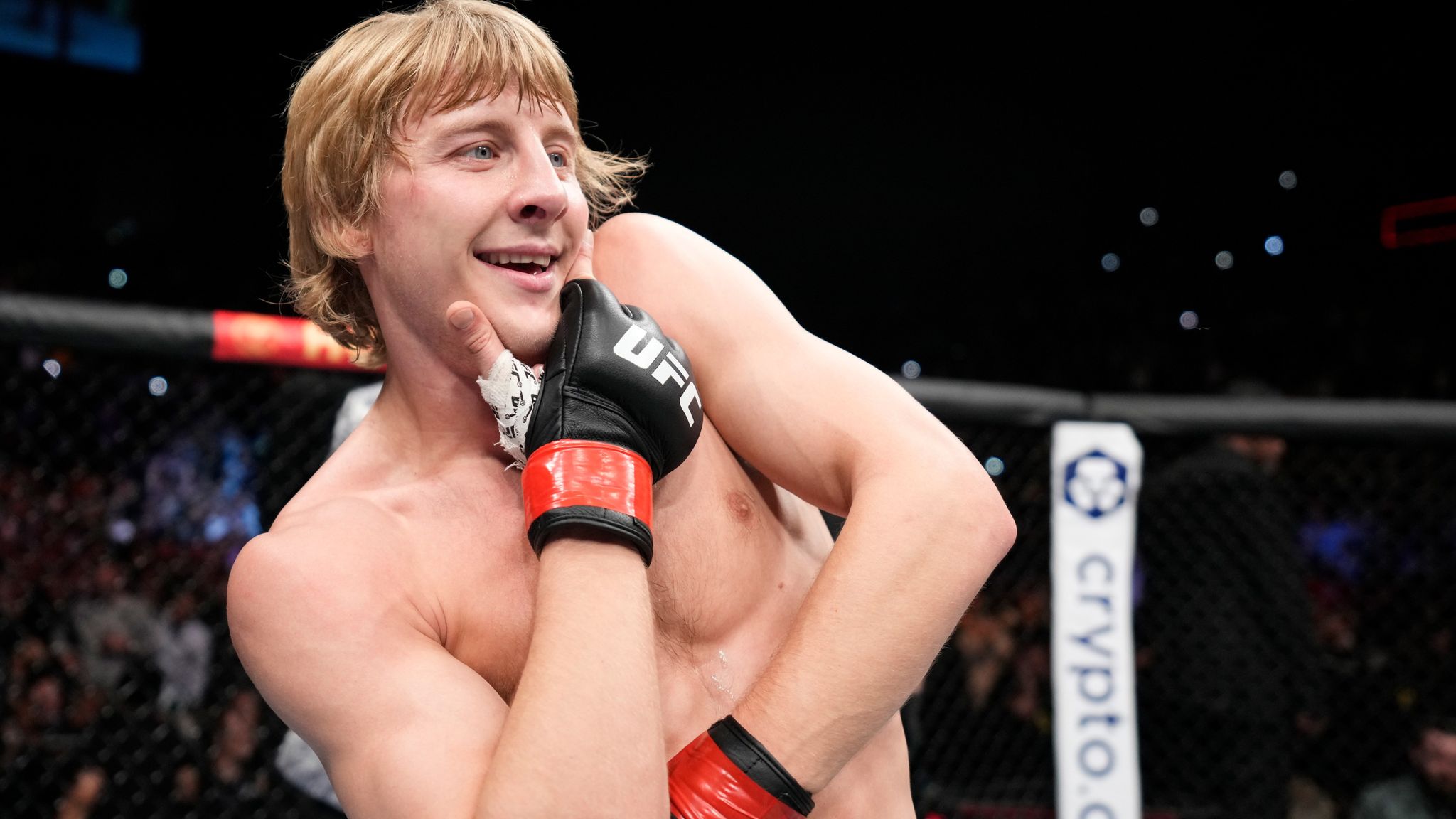 There will be further British interest in this card as Pimblett’s fellow Scouser Darren Till. After a very promising start to his UFC career that culminated with wins over Donald Cerrone and Stephen Thompson, Till has been in a tailspin for the past four years. He has been arrested multiple times, dealt with a lot of personal issues and lost four of his last five fights. His fight with Dricus du Plessis offers an opportunity to turn his career around. This should be a strong striking battle between with du Plessis coming from a kickboxing background, though also having a strong ground game, while Till was schooled in Muay Thai from the age of 12.

UFC 282 is the last PPV event the company will put on this calendar year, and the second to last event they will run. They will want it to be memorable and may well be offering additional bonuses to fighters who finish their fights without the help of judges, so expect fireworks.

No matter where you are, you can use your Liberty Shield VPN to find a way to watch UFC 282. Don’t have a Liberty Shield VPN? You’re missing out! Click right here to check out what we can offer you, and use the code EPL25 to get a 25% OFF a VPN or VPN Router at check-out. 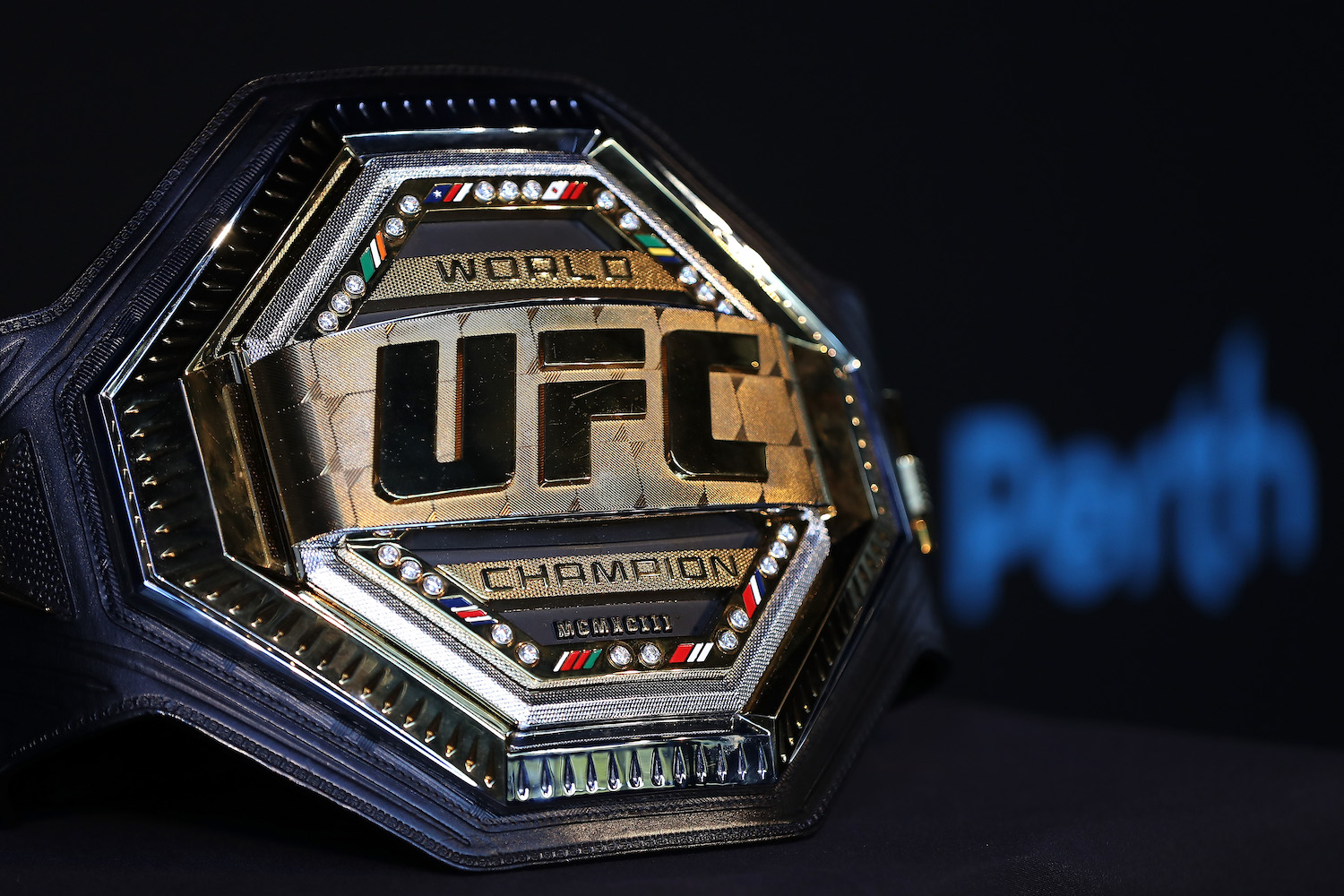 How to watch UFC 282 from anywhere…

UFC 282 is scheduled to take place on Saturday, December 10 and is being held at the T-Mobile Arena in Las Vegas. The prelim action will start at 11pm for UK fans with the main card getting underway from 1am on Sunday morning. Blachowicz vs Ankalaev can then be expected at around 4am. The action will be shown on BT Sport with their coverage starting at 1am.

Join BT Sport, the home of the UFC for just £25 per month and watch Paddy the Baddy and Darren Till fight this Saturday night. Get instant access to the BT Sport app, with no contract and no BT broadband required.

Furthermore; BT Sport isn’t the only geographically-censored streaming services a VPN or Proxy will allow you to access.  Other UK services like Sky Sports, Amazon Prime, BBC iPlayer, ITV X, All 4 and BritBox are available. Plus with the option to switch to our USA service whenever you like, you can access Hulu, HBO GO, Netflix and Pandora.  Essentially you can access international content from virtually anywhere!