The first Golf major of the season takes place this weekend, with Augusta National Golf Club taking centre stage as it plays host to the US Masters 2022 Tournament.

The Masters is unique in that, unlike the PGA Championship, the US Open and the Open Championship, it is always held in the same place every single year. While the others move every year, Augusta is the home of the Masters and gives added historical significance to the course and the tournament. 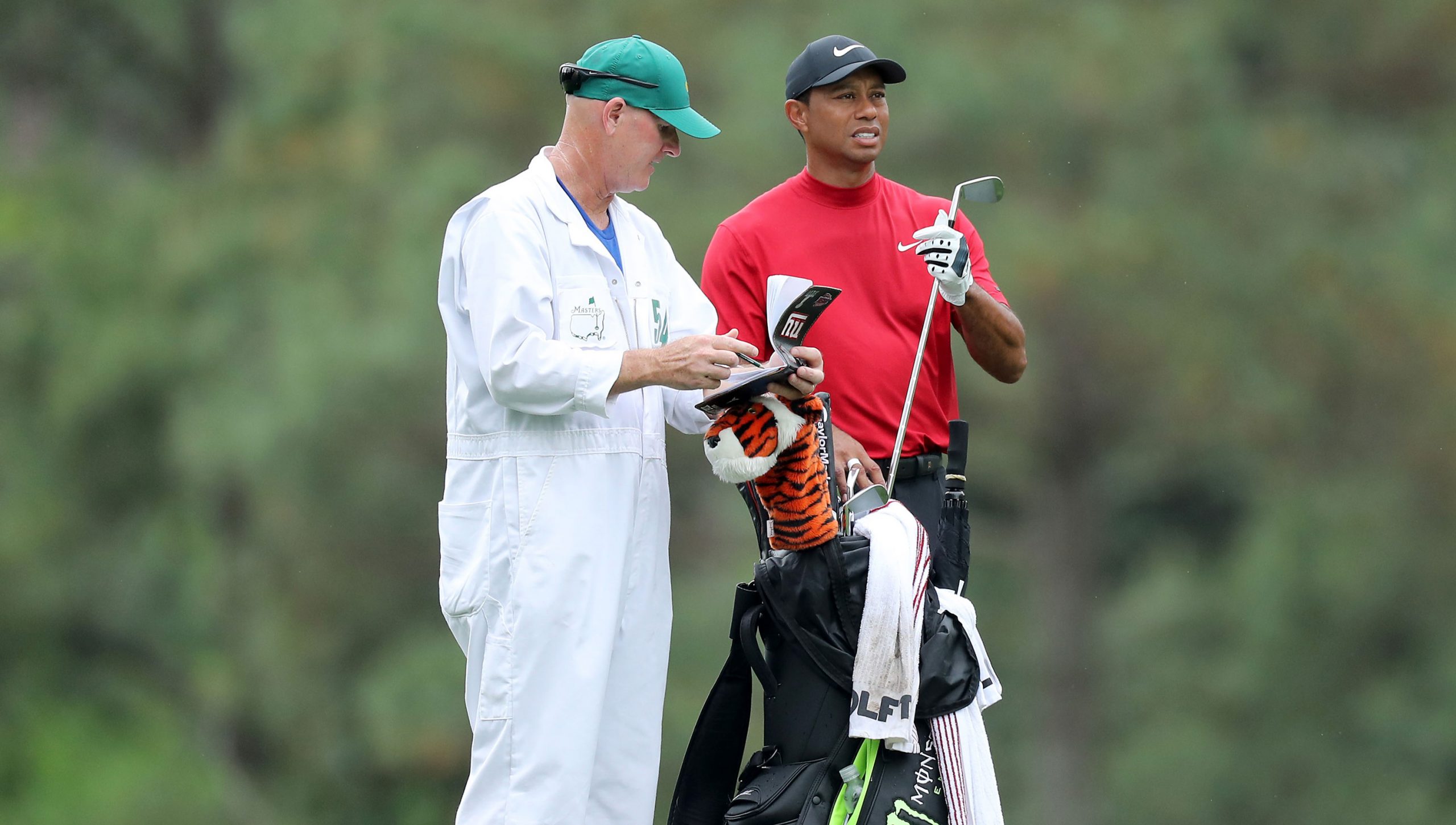 Our US Masters 2022 Golf preview is brought to you in partnership with EPL Index, and Dave Hendrick – host of the Two Footed Podcast, offering FREE podcasts to football fans.

Watch all the action unfold with live streaming on Sky Sports and NOW TV, plus free daily highlights on BBC Sport and BBC iPlayer.

Another thing that makes the Masters special is how difficult it has proven to win the tournament in back to back years. In the almost 90 year history of the competition, only three people have gone back to back. Jack Nicklaus, unsurprisingly, was the first to do it in 1965 and 1966 and Tiger Wood, also unsurprisingly, was the most recent to do it in 2001 and 2002. Nick Faldo’s 1989 and 1990 successes are the third and most overlooked.

Woods and Nicklaus might be the two best Golfers of all time and their stories can not be told without the Masters. It’s the Major they have both won the most, five for Woods and a record six for Nicklaus. They’re the two most successful players in the history of the event, and it’s also the last Major that either won. Also, for both, their final victories came as big surprises after both had been written off as being finished. 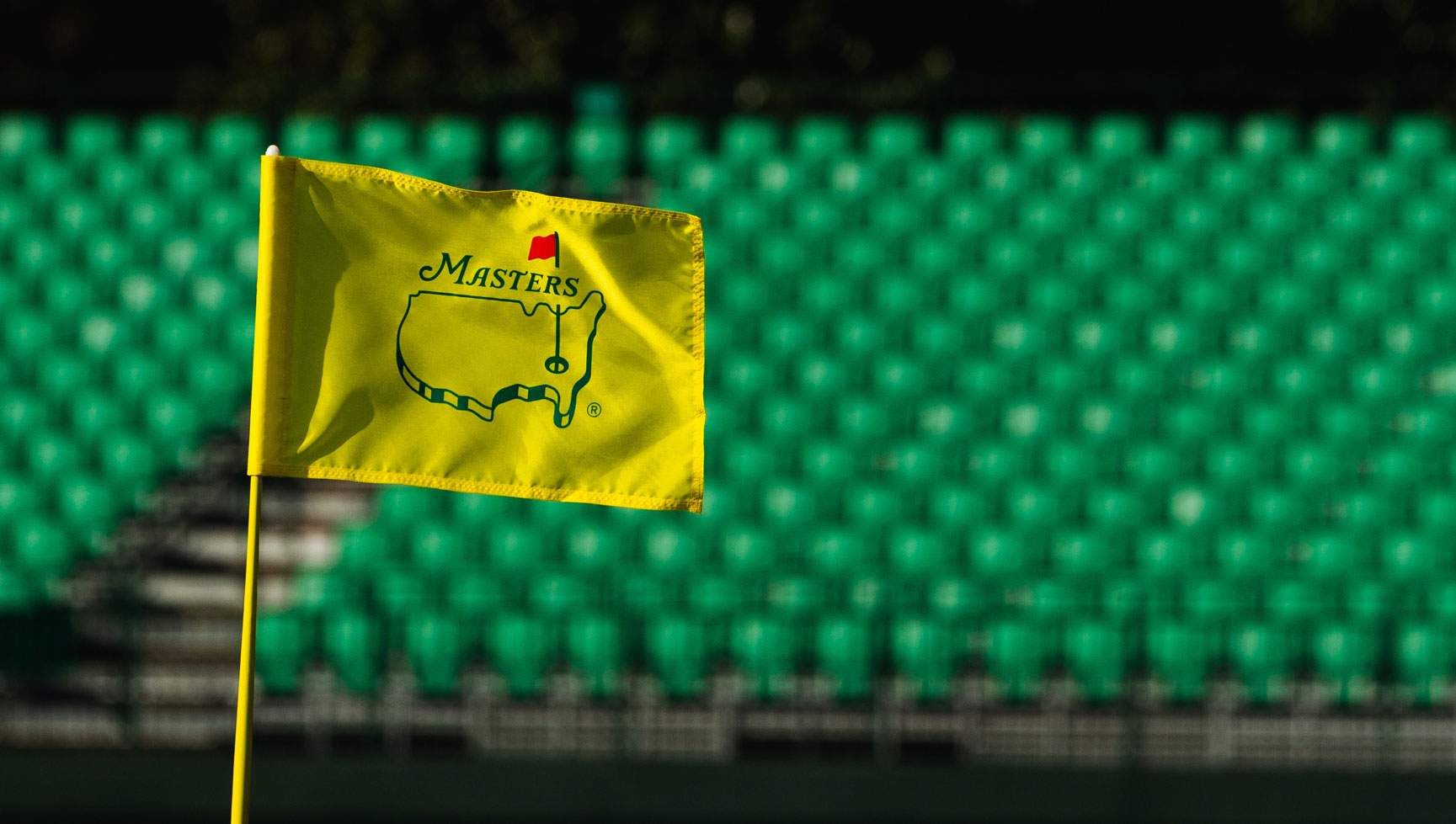 Nicklaus snapped a six year drought by coming back to win the 1986 Tournament. His final round seven under round of 65 remains legendary to this day. Going into the final day he trailed clubhouse leader Greg Norman by four shots but blew away the field on the final day to claim the last Green Jacket of his career.

Tiger Woods coming from nowhere to end his 11 year wait for another Major was an even bigger shock. With injuries and scandals having derailed what looked certain to be greatest career of all time, Woods had been cutting a forlorn figure on golf courses when he was fit enough to take to one. The media coverage of Tiger had gone from adoration to pity. Fans who once rooted for him to win tournaments, were now just hoping to see him make the first cut. In 2019, Woods shocked the World by putting together great second and third rounds and then managing his way through his fourth and final round to hold off a late charging Dustin Johnson and claim what is likely to be his final Green Jacket.

Heading into this weekend, it’s very much an open field. Defending Champion Hideki Matsuyama is considered a long shot to repeat his stunning 2021 success. Matsuyama became the first Japanese player to win one of the four Majors when he squeaked out victory ahead of the field last year but is 40/1 with Paddy Power to join the exclusive back to back club. 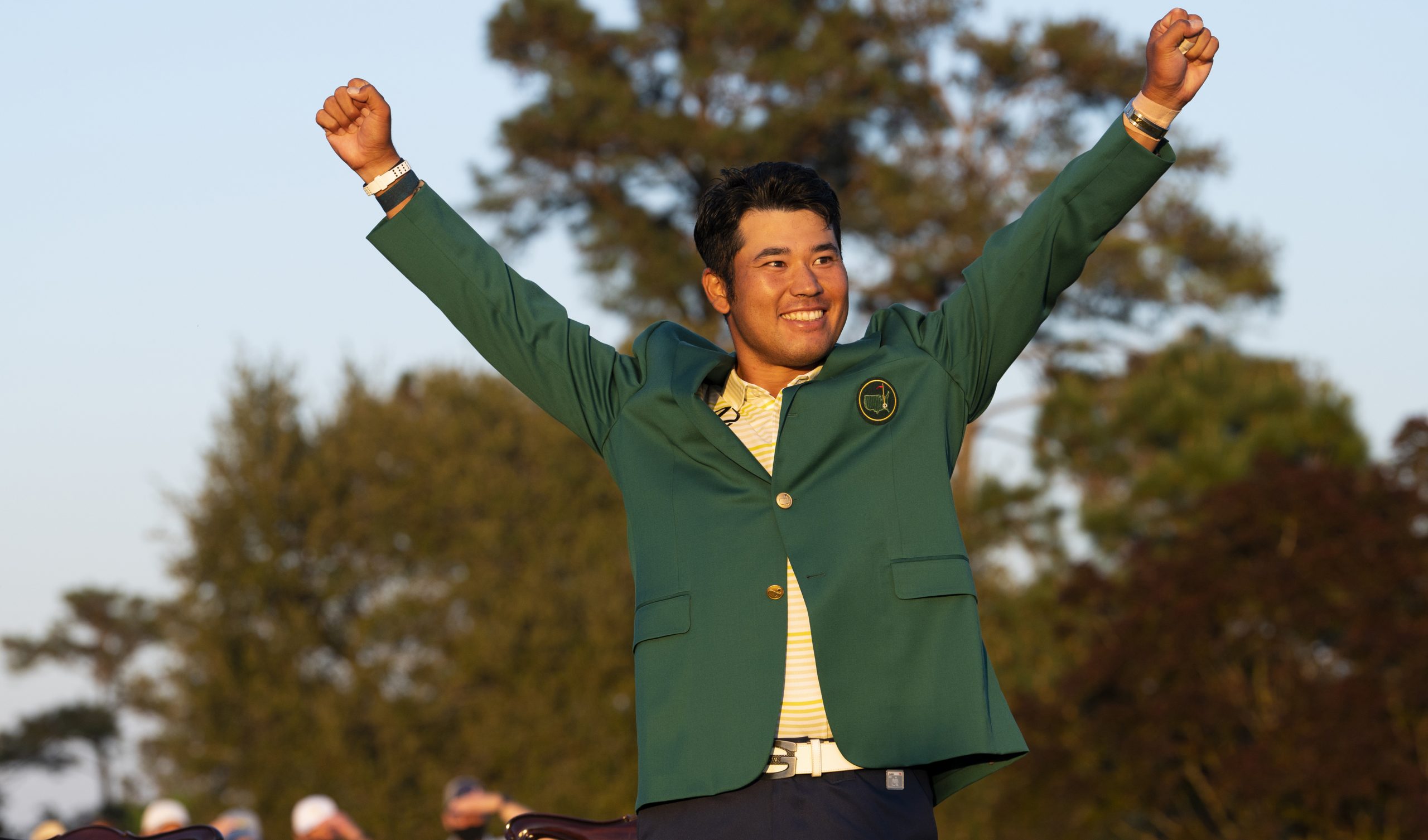 The Irish bookmaker has Jon Rahm, the 2021 US Open winner, as their betting favourite right now followed by Justin Thomas, Dustin Johnson, Cameron Smith, and Scottie Schleffer. Others seen as having an above average chance of winning include 2015 winner Jordan Spieth and Rory McIlroy who will be chasing the only Major to have eluded him thus far in his career. There are a number of veteran former winners who will be part of the field but only one who is seen to have any chance of victory, in Bubba Watson. Watson is chasing his third Masters title and would join an small group of just eight golfers to conquer Augusta three times or more.

In total there are 18 former Masters winners as part of the field, and another nine who have claimed Majors elsewhere but not at Augusta. With that amount of talent on display, the level of competition will be sky high. Two time winner Bernhard Langer, at 64, will be the oldest player in the 91 man field, followed by 1988 winner Sandy Lyle and 1987 winner Larry Mize.

Dreams Will Be Crushed & Made

One three time winner who will not be part of the field is Phil Mickelson. Mickelson is taking time away from Golf after his ill-advised comments regarding the Saudi Arabia-backed Super Golf League. Mickelson reignited his career last season by winning the PGA Championship to claim his first Major in eight years, but decided to put both feet in his mouth and is now seen in far less favourable terms than has been the norm for his career. 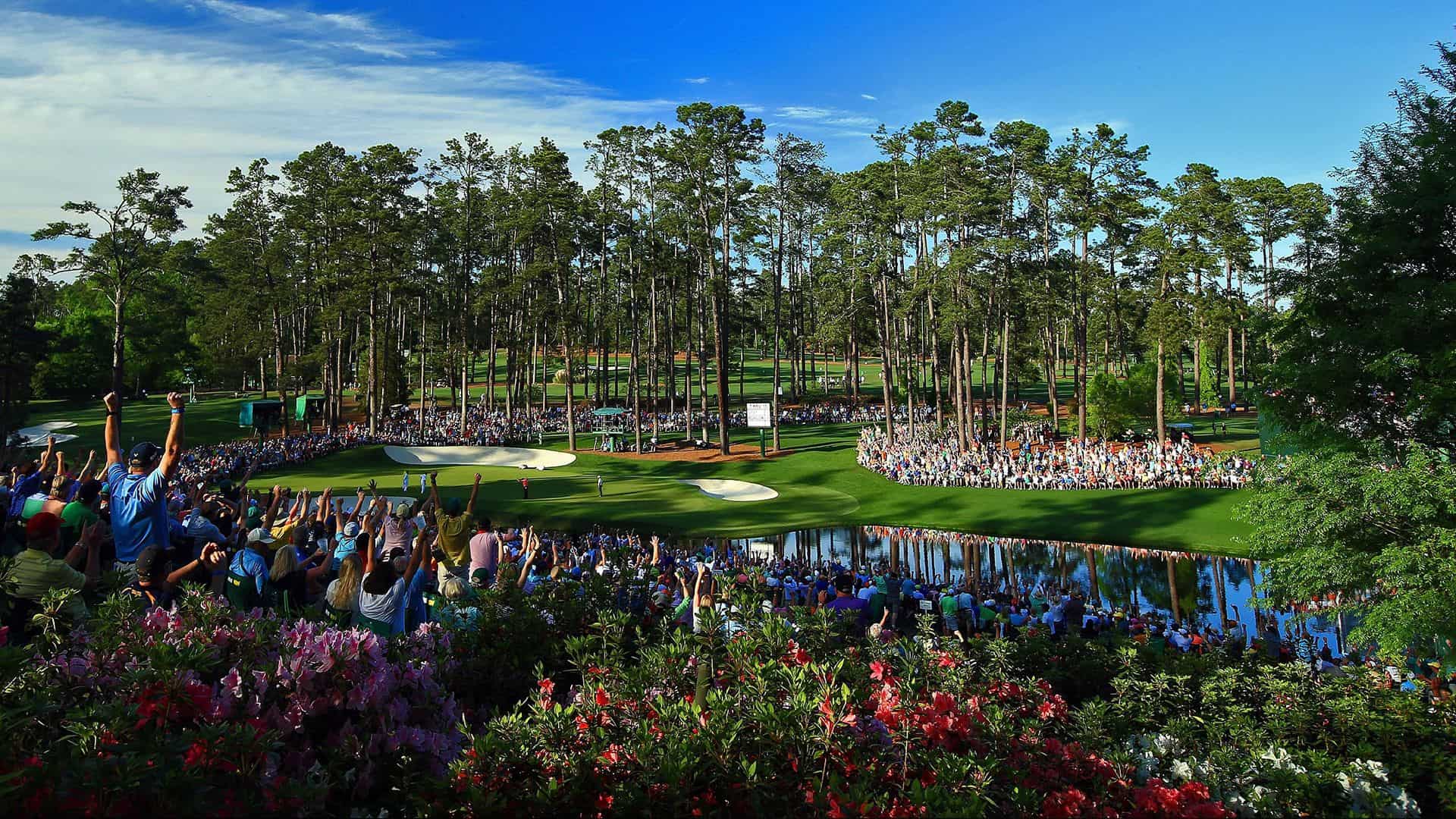 If you’re not familiar with the course, understand that Augusta can be brutal. It’s a 7510 yard, par 72 monster that reduce even the most confident golfers into quivering wrecks. In what will undoubtedly be humid conditions, players will have to navigate it’s 18 holes on Thursday, Friday, Saturday and Sunday using every bit of skill they can muster. The holes range in distance from the 155 yard par 3 12th known as Golden Bell to the mammoth 575 yard par 5 2nd known as Pink Dogwood. There are four par 3 holes, ten par 4 holes and four par 5 holes.

Notable landmark areas of the course include Amen Corner which takes in parts of the 11th, 12th and 13th corner. With it’s fast fairways and quartz filled bunkers, Augusta is a one of a kind. How kind it will be to the field this weekend remains to be seen.

No matter where you are, you can use your Liberty Shield VPN to find a way to watch the US Masters 2022 Golf. Don’t have a Liberty Shield VPN? You’re missing out! Click right here to check out what we can offer you, and use the code EPL25 to get a 25% OFF our VPN apps or a VPN Router at check-out. 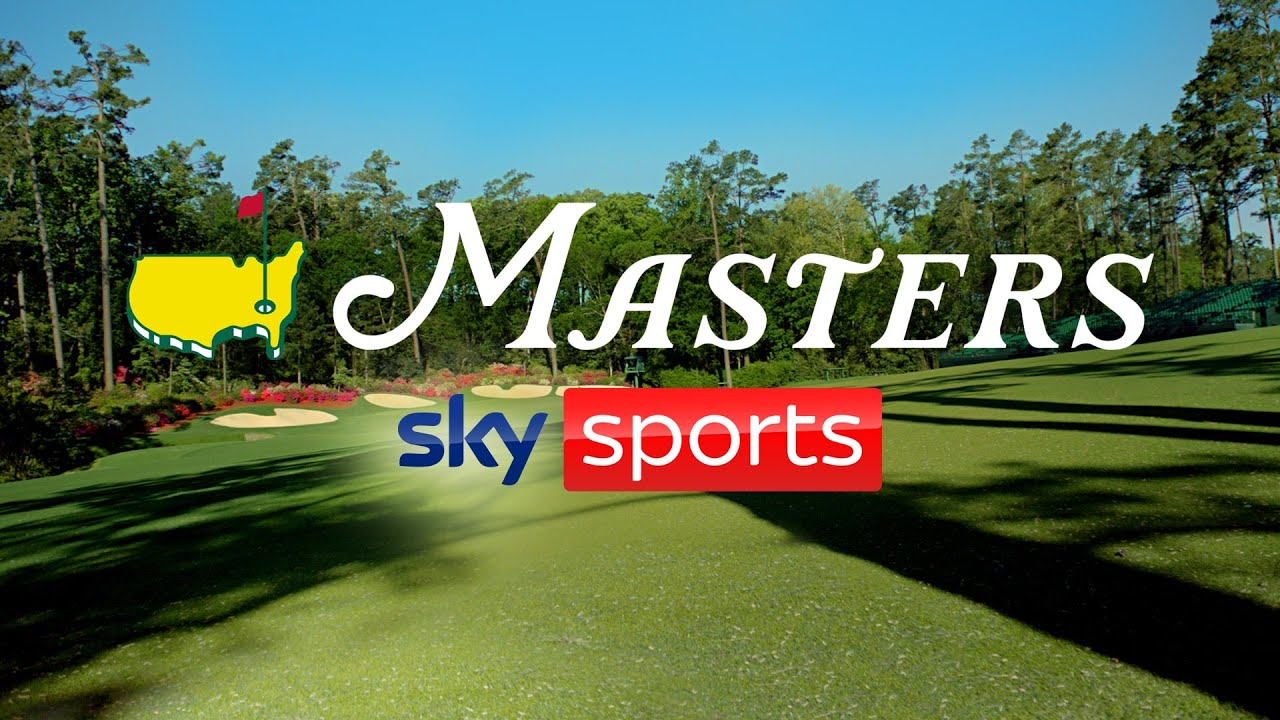 How to watch the US Masters 2022 Golf from anywhere…

The US Masters 2022 Golf will be streamed live on Sky Sports as well as their respective apps and NOW TV. Daily highlights will be shown on BBC Sport and BBC iPlayer as well as their apps for iPhone, iPad, Android, Smart TV, NOW TV, FireTV etc.

This is basically because their streaming services are geoblocked based on the IP address being used to access it. You must be a UK domestic web user to access Sky Sports, NOW TV and BBC Sport live tv streaming.

What channels are streaming US Masters 2022 Golf?

There is a global broadcast window which prevents Sky Sports from broadcasting the entirety of The Masters on television, but they have released the following day-by-day details: 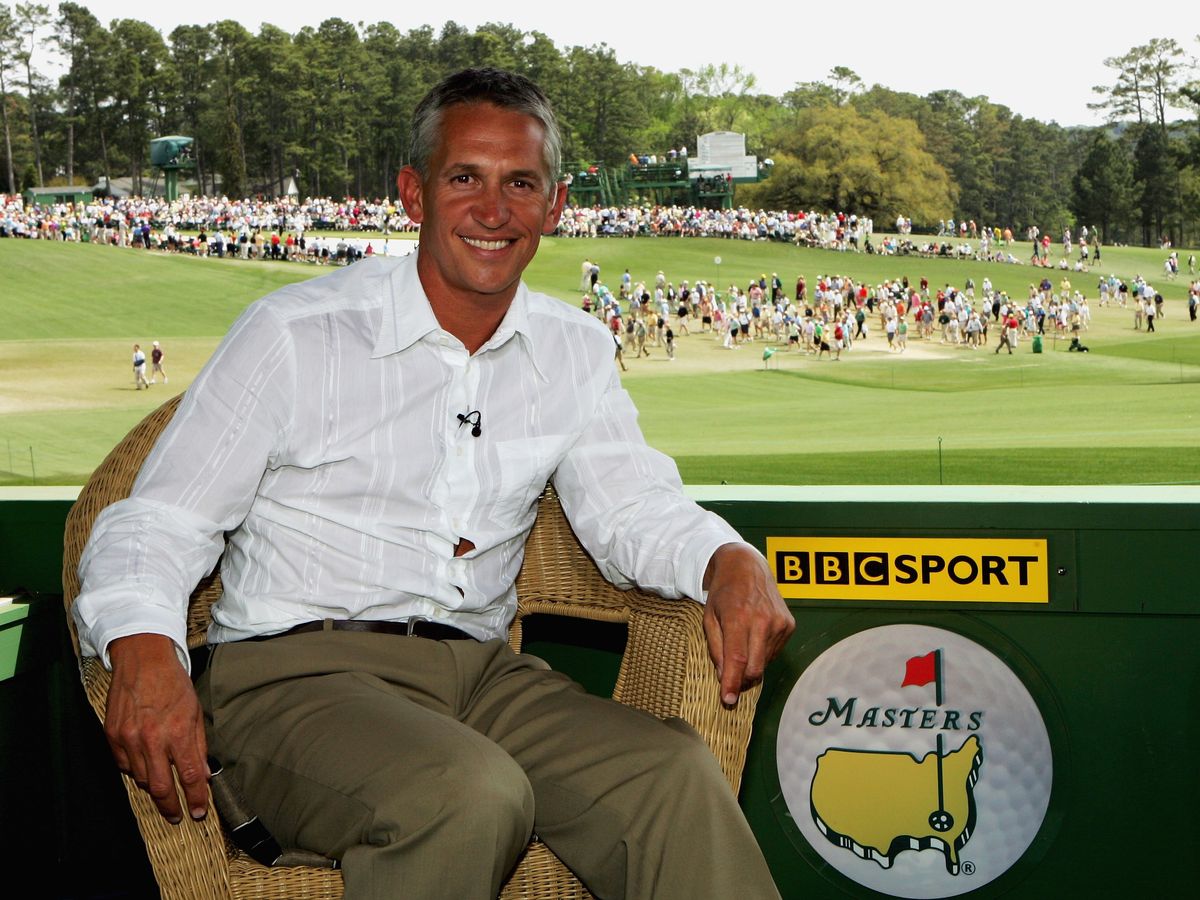 Furthermore; BBC Sport and Sky Sports aren’t the only geographically-censored streaming services a VPN or Proxy will allow you to access.  Other UK services like ITV, All 4, Now TV, BT Sport, Amazon Prime and BritBox are available. Plus with the option to switch to our USA service whenever you like, you can access Hulu, HBO GO, Netflix and Pandora.  Essentially you can access international content from virtually anywhere!