Killing Eve Series 2 is currently showing in both the USA and Ireland, but as things stand there is no UK broadcast date for BBC iPlayer. Liberty Shield has the solution to this problem.

There has been a great deal of hype building for Killing Eve Series 2, one of last year’s breakout TV shows which proved a hit with critics and viewers alike. BBC America started airing Killing Eve Series 2 in the USA on 7 April, but there had been no word on an Irish or UK air date. Until now, and it’s Irish broadcaster RTÉ Player who have nabbed it first.

You can watch the Killing Eve Series 2 on RTE Player with Free Live or On-Demand Streaming from anywhere with an Irish IP address. 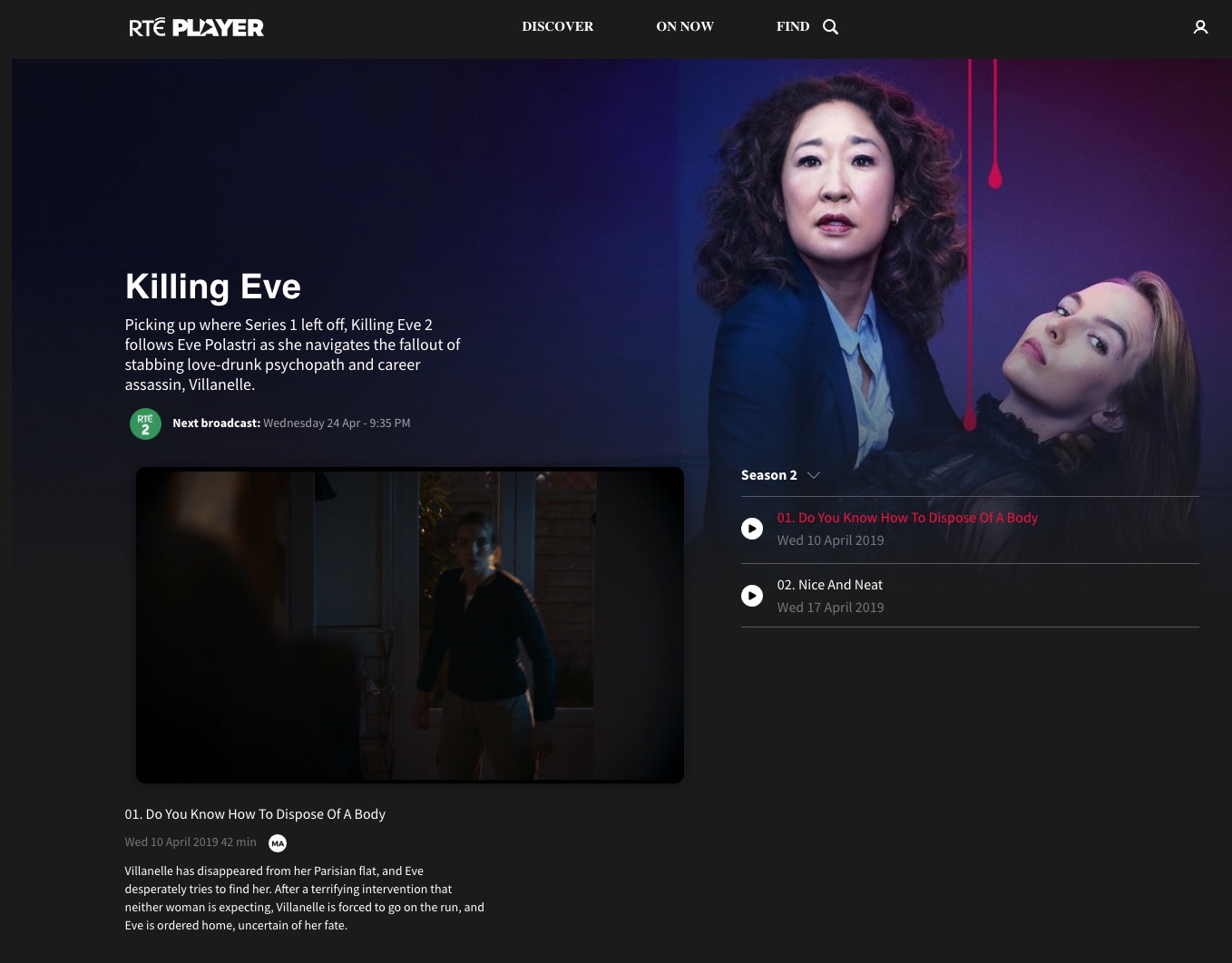 What better way to watch Killing Eve Series 2 before it’s UK release date than with free live or on-demand streaming on RTE Player with an Irish IP address.  You can catch all the drama unfold immediately just by you using an Irish VPN.

Watching RTE Player from anywhere on all your devices…

When you try to watch RTE Player in the UK, USA, Spain, France, Netherlands, Portugal, Australia, Dubai, Canada etc. you will get an error message.

RTE Player TV programmes are available to play in Ireland only.

This is basically because RTE live streaming services are geoblocked based on the IP address being used to access it. You must have a region specific IP address to access certain content. This applies to watching ITV from the USA, Canada, France, Spain and many other major countries.