RTE is the national public service broadcaster of the Republic of Ireland, and as such holds a special place in the hearts of Irish people. Especially Irish people abroad. Watch RTE Player anywhere with Liberty Shield.

In order to access a  little taste of home many Irish people around the world, or simply fans of Irish culture and content, are interested in accessing RTE player anywhere. If they currently aren’t in Ireland they have issues doing so, because RTE Player is geo-restricted. So how do you watch RTE Player anywhere? Answers below. 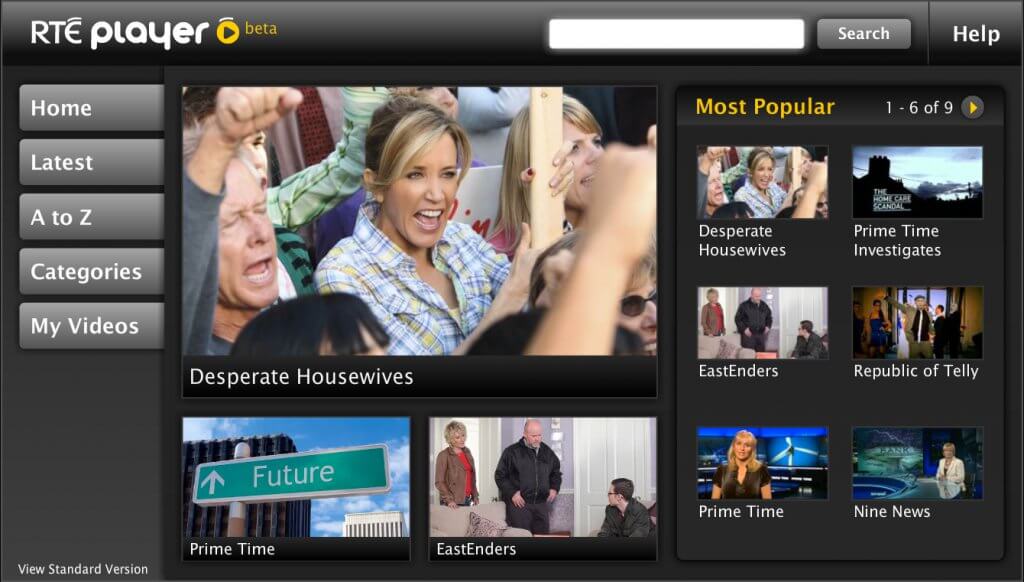 How to watch RTE Player anywhere…

When you load RTE Player in the USA, Germany, Ireland, Netherlands, France, Spain, Portugal, Australia, Dubai, Canada etc. you will get an error message.

RTE Player TV programmes are available to play in Ireland only.

This is basically because their streaming services are geoblocked based on the IP address being used to access it. You must be an Irish domestic web user to access RTE live TV streaming and catchup with RTE Player.

Furthermore RTE Player isn’t the only geographically-censored streaming services a VPN or Proxy will allow you to access.  Other UK services like BBC Sport, ITV Hub, All 4, Sky Go and Now TV are available.