The Apple TV 4 probably hasn’t yet been the ‘game changer’ the people at Apple had hoped but for those using ATV4 with a UK IP address; then the biggest news is the launch of BBC iPlayer’s native app, which is now available for a tvOS download, complete with catch-up and live feeds. 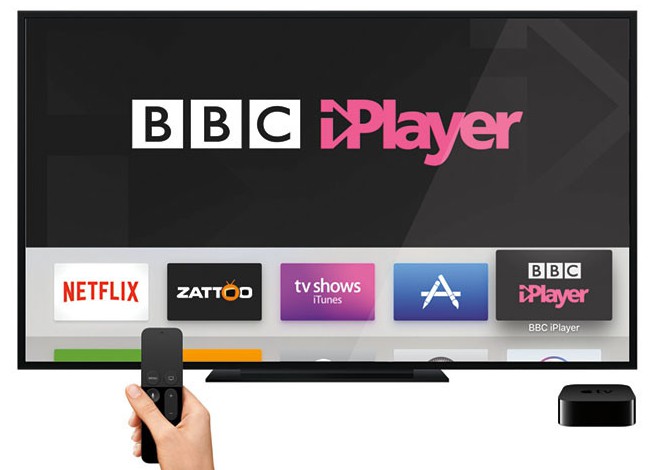 In a rather unusual move, the BBC has released their iPlayer app with a completely different UI as found on other platforms but does include both live and catch-up content, with the latter streaming through at a rather impressive HD average of 5480kbps, so long as your bandwidth is capable. Live streams were not quite as spectacular, with our own tests finding the stream limited to SD quality, but visually still more than acceptable.

It’s a tad disappointing however to not find our Favourites or the Recently Watched categories which we’ve become somewhat fond of, nor were the live streams able to time shift or start from the beginning as found on some other platforms.

The BBC iPlayer Apple TV app is only available on the latest 2015 ATV4 box which sports the app store, and officially only within the United Kingdom. For those living abroad, you can access the iPlayer on an Apple TV 4 along with loads of other streaming services by using a UK VPN Router.

Furthermore BBC iPlayer isn’t the only geographically-censored streaming services a VPN or Proxy will allow you to access.  Other UK services like BBC Sport, ITV Hub, 4OD, Sky Go and Now TV are available, and with the option to switch to our USA service whenever you like, you can access Hulu, HBO GO, Netflix and Pandora – essentially you can access international content from virtually anywhere!