It’s the most lucrative competition in the game, generating over €3billion each season. The final has a prize fund of around €34million, split €19mil to the winner and €15mil for the runner-up. Just that game! That’s on top of what those sides will have earned up to that point. When Liverpool won the competition in 2019, they earned themselves an estimated €111mil payday over the course of that campaign. Fun Fact: ‘Champions League VPN’ is one of the most searched sports phrases on Google!

Our Champions League VPN articles are brought to you in partnership with EPL Index, and Dave Hendrick – host of the Two Footed Podcast, offering FREE podcasts to football fans. 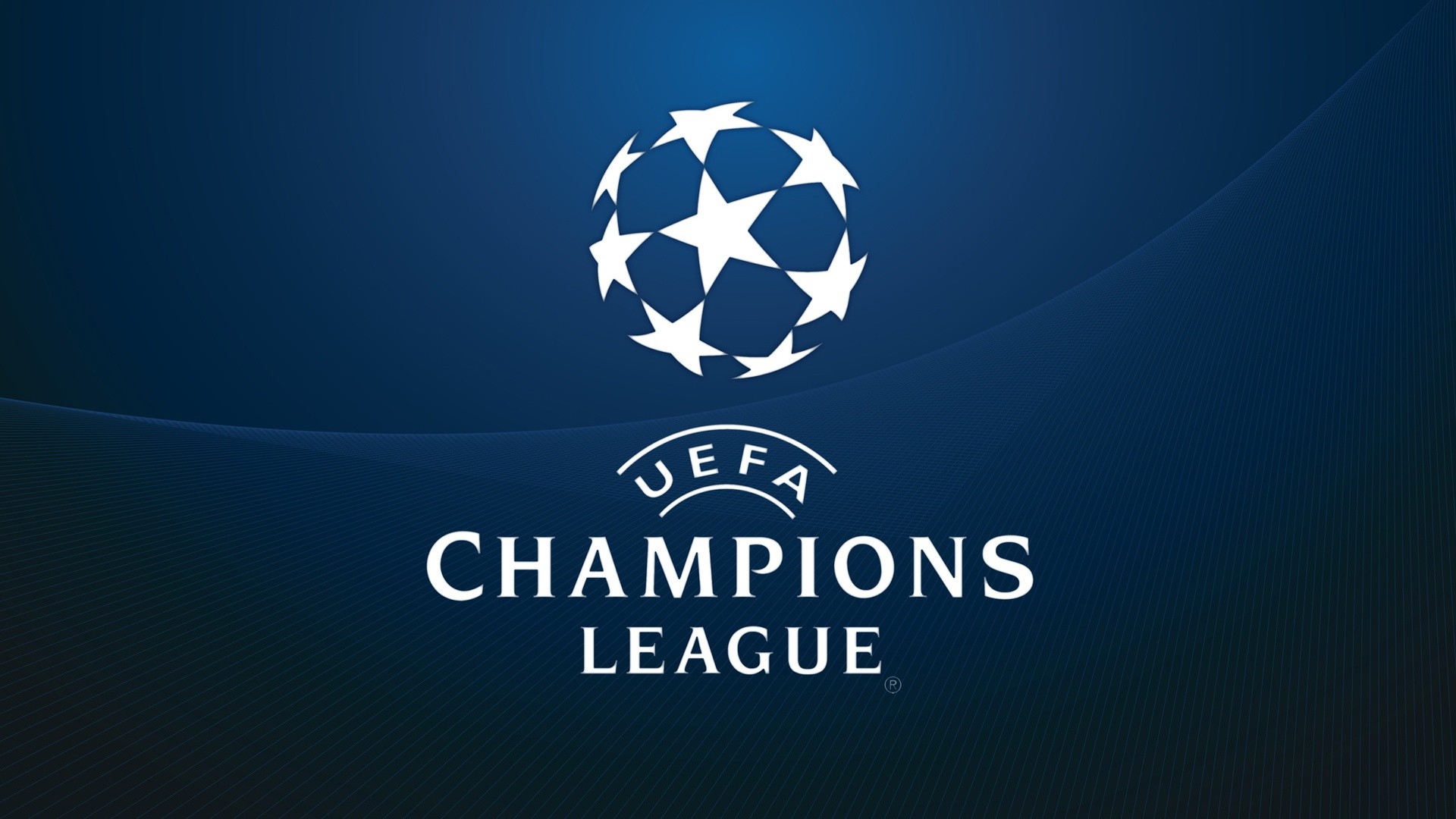 It’s easy to see why finishing in the top 4 and securing Champions League participation has become such a big deal for the top clubs.

Then there’s the prestige. The bragging rights if you will. Manchester City and PSG have build their entire projects around winning the competition. Not for the money in their cases, €111mil is merely a heavy weekend on the town for the likes of Sheikh Mansour and Sheikh Tamim. For them, it’s the prestige of owning the number 1 club in world football. And make no mistake, when you win the Champions League, you become the top dog. Bayern Munich and Liverpool are the last two winners, and are roundly recognised as the top two clubs in the world right now.

This season’s Champions League draw was made on October 1st and has thrown up some interesting groups, especially for the English participants. 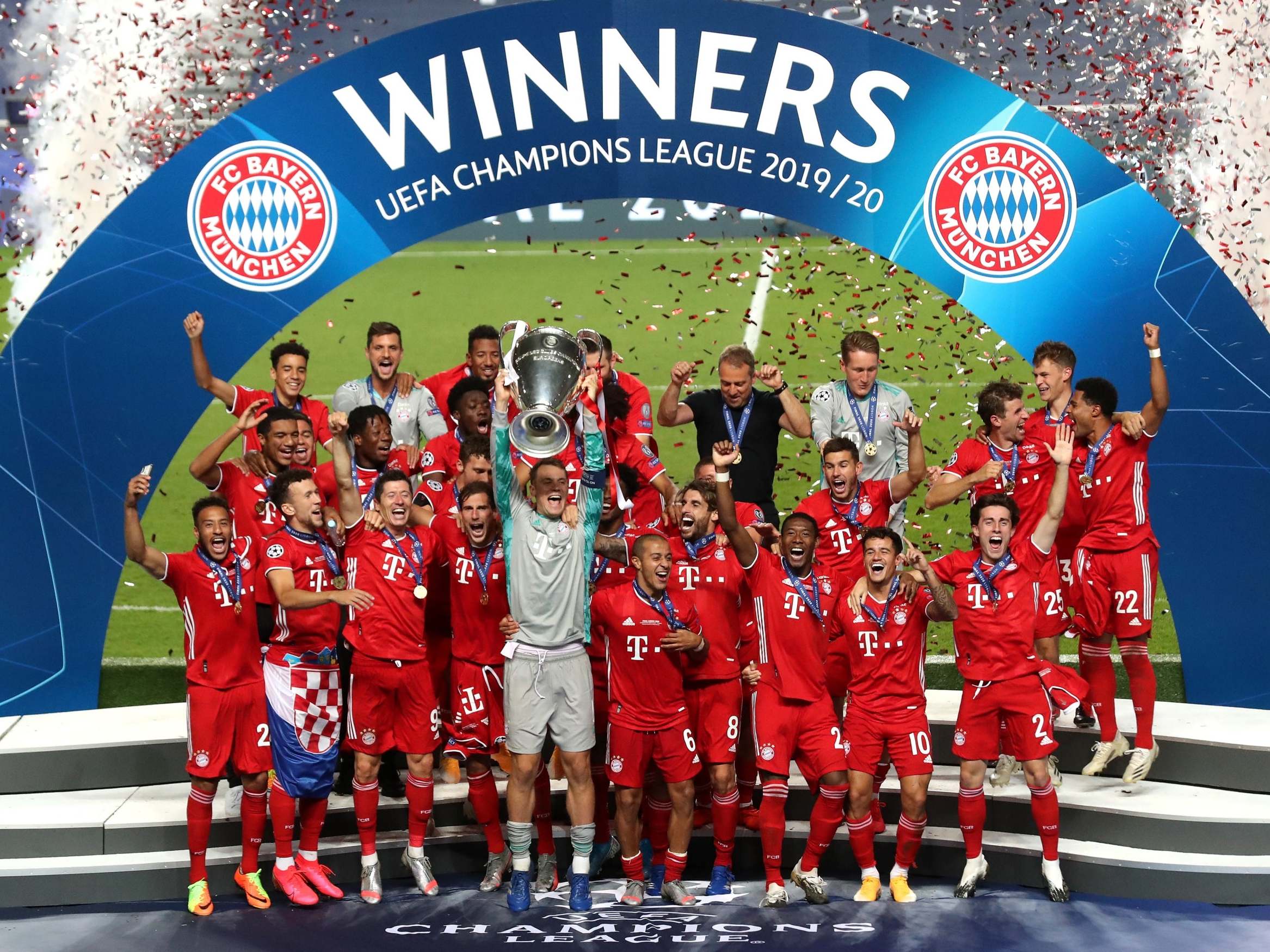 Group A pits holders Bayern against Atletico Madrid, Red Bull Salzburg and Lokomotiv Moscow. Bayern, having also claimed the Bundesliga title last season, will be strong favourites to cruise through this group. Atletico had a disappointing domestic campaign last season, finishing 17 points behind neighbours Real Madrid. In the Champions League, they knocked out holders Liverpool before falling to Salzburg’s sister club RB Leipzig in the single-game knockout quarter finals.

Atleti, managed by Diego Simeone, will present the stiffest test to Bayern and should be seen as favourites to finish 2nd in this group and advanced to the knockout phase. That will leave Salzburg and Lokomotiv battling out for 3rd, and a spot in the Europa League. Salzburg accomplished that last season, finishing third behind Liverpool and Napoli in Group E, while Lokomotiv finished bottom of Group D managing only three points from their six games. 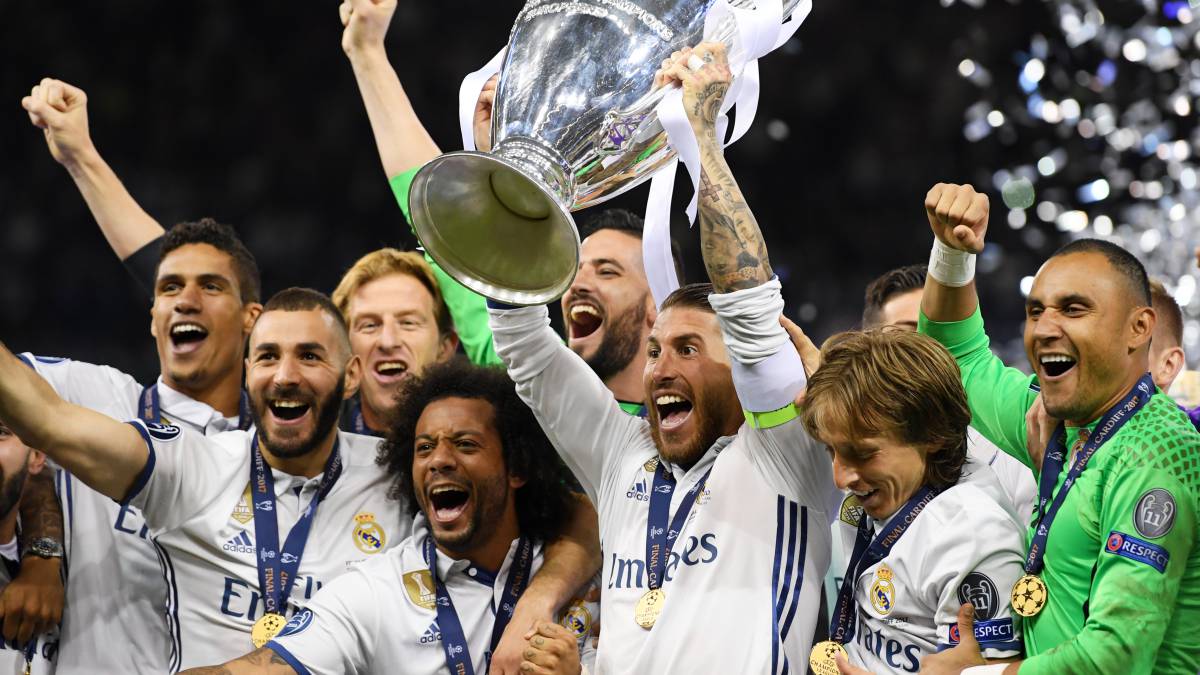 Group B looks like one of the tougher groups, La Liga champions Real Madrid, the 13 time winner of the competition, face stiff competition from Inter Milan, Borussia Monchengladbach and Shakhtar Donetsk. Real and Inter, last season’s beaten Europa League finalists will be expected to progress but don’t rule out Borussia.

Under Marco Rose the German’s play a high pressing style that will make life uncomfortable for everyone they play. They have dangerous options in attack and have added Hannes Wolf and Valentino Lazaro into their midfield ranks, which should give them more dynamism and creativity.

Shakhtar will be no pushover, and trips to the Ukraine are never straight forward, but they are objectively the weakest team in the group. 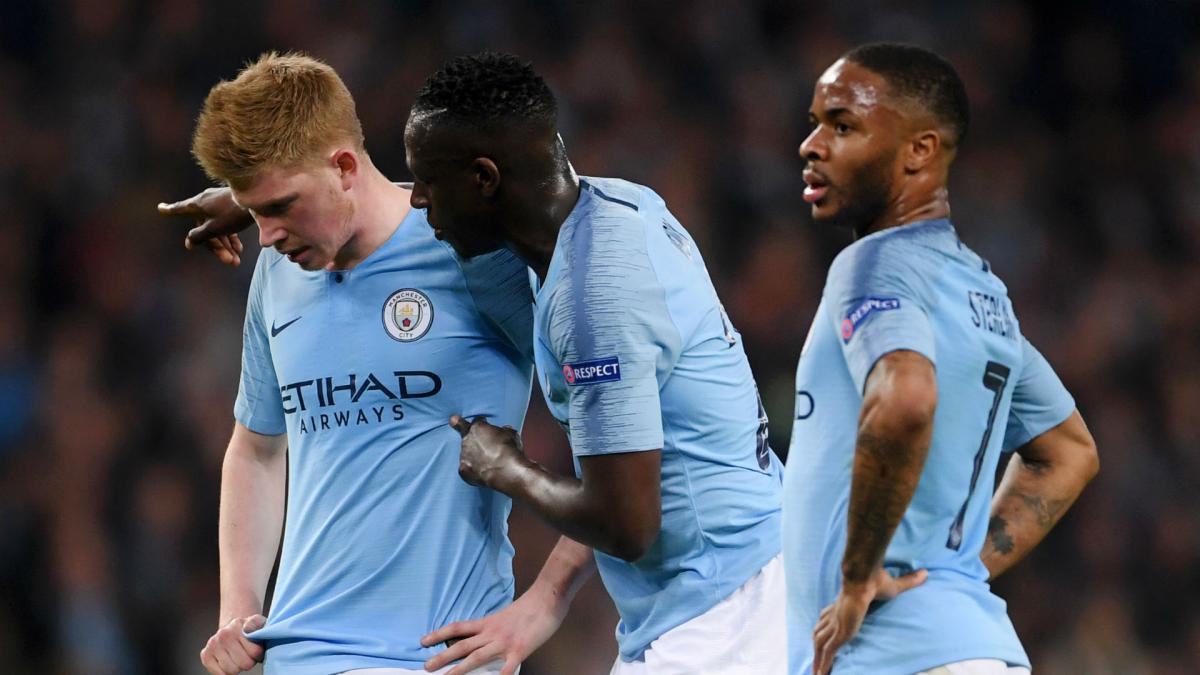 Group C sees the first of the English clubs involved. Manchester City will face Portuguese Champions Porto, Ligue 1 runners-up Marseille and Greek Champions Olympiacos. City should qualify easily at the top of this group but the other three teams are all very evenly matched and it should be a good scrap for second place.

Marseille, under Andre Villas-Boas, have become an entertaining team to watch and will fancy their chances after a relatively strong transfer window. Porto added some Premier League players in Marko Grujic and Felipe Anderson at deadline and both should prove important additions, while Olympiacos also did some clever business adding Bruma and Ruben Vinagre on loan, along with Yann M’Vila to improve their midfield.

Group D is the analytics darling. Premier League Champions, and 2019 Champions League winner, Liverpool were drawn to face Dutch giants Ajax, arguably the most entertaining team in Europe Atalanta and first time group qualifiers Midtjylland. This is a battle between teams with attacking philosophies, and data driven recruitment. All four clubs are models in sustainable business.

Atalanta are an absolute juggernaut going forward. They have two good options in pretty much every attacking role and Gian Piero Gasperini has them playing with a fearless belief in themselves. They will provide the toughest test for Liverpool and it could well be a battle between the two to top the group.

Midtjylland will be expected to finish bottom but they won’t just turn up to make up the numbers. Owned by Brentford owner Matthew Benham, they won the Danish league last season for the fourth time in six years and will provide a tough test for teams unfamiliar with them. 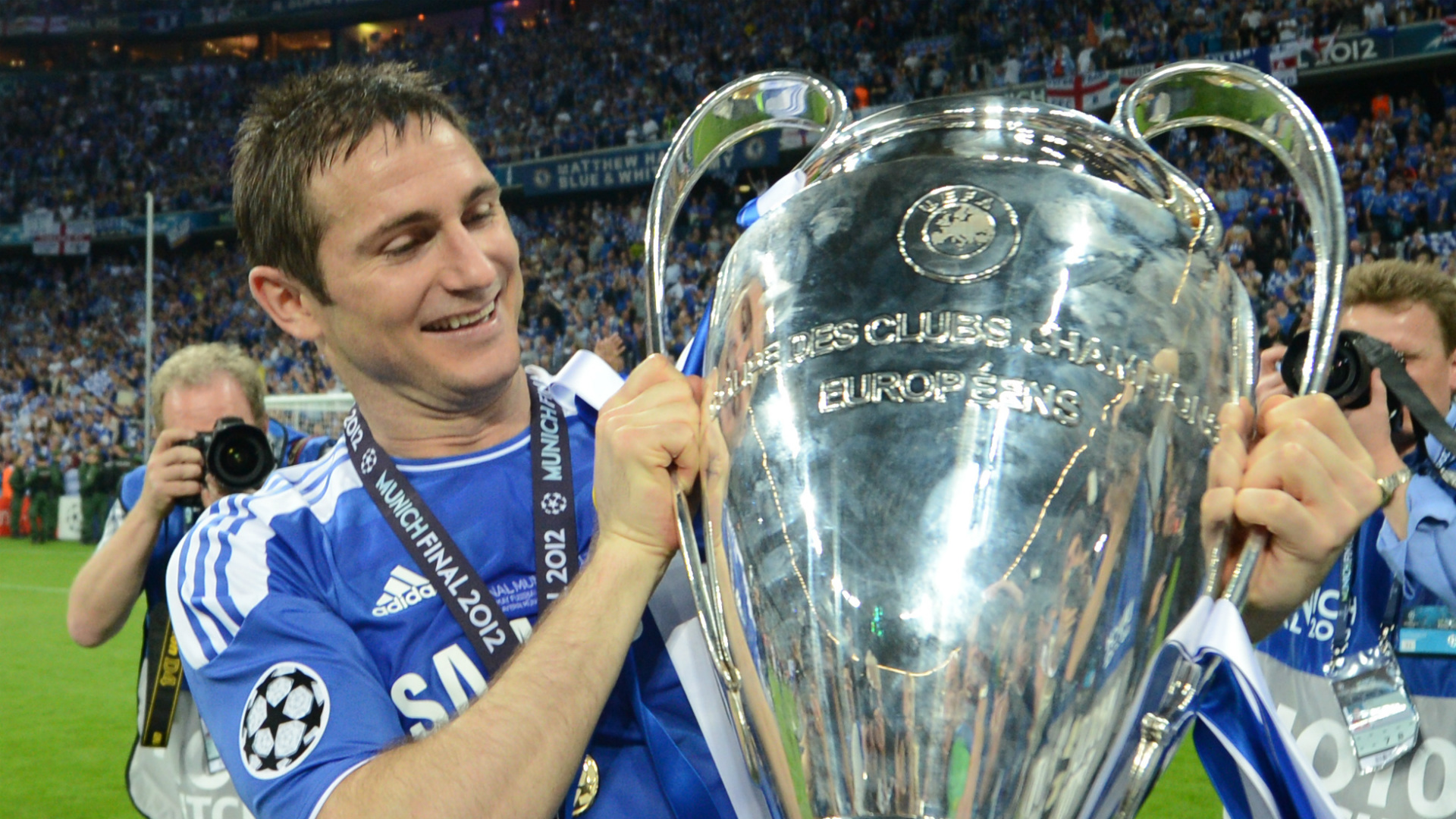 Group E gives us Frank Lampard’s Chelsea against Europa League winners Sevilla, Stade Rennes making their first Champions League appearance and Krasnoder of Russia. On paper you’d have to fancy Chelsea and Sevilla to advance, but don’t write off Rennes. They surprised many to finish 3rd in Ligue 1 last season and play a very attractive brand of football.

They sold Edouard Mendy to Chelsea and Raphinha to Leeds United but have arguably gotten better with the additions of Alfred Gomis, Daniele Rugani, Dalbert, Martin Terrier and the uber-exciting Jeremy Doku. Most importantly for Rennes, they kept hold of Eduardo Camavinga who is arguably the biggest midfield prospect in world football.

This group will be harder for Chelsea than people expect, because Sevilla are very good, Rennes will surprise people and Krasnoder are tough to play against trips to Russia are never ideal. 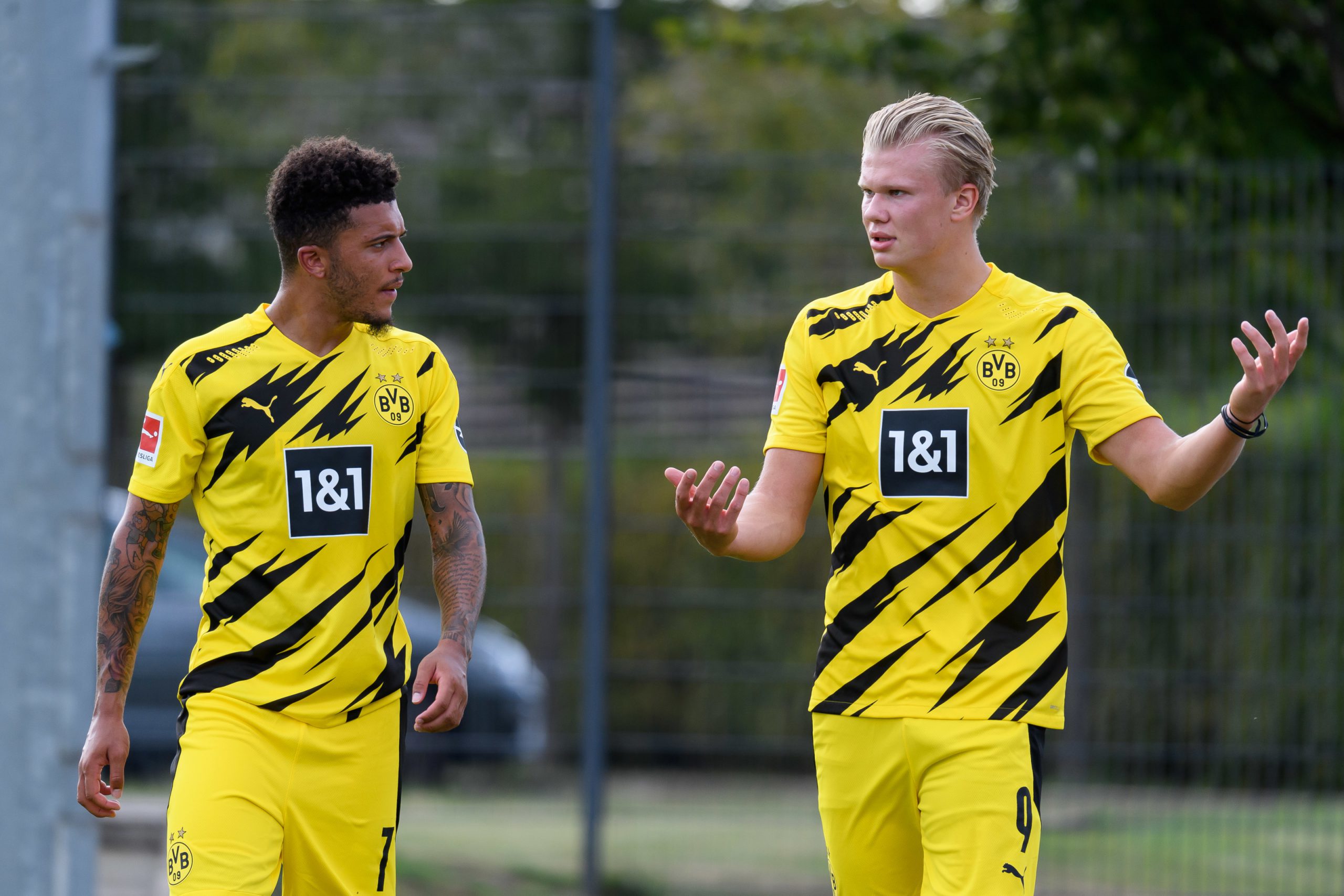 Group F contains two very entertaining sides in Borussia Dortmund and Lazio, both will fancy their chances of topping the group and both will likely be favoured to progress to the knock-out phases. Lazio will rely on the goals of Ciro Immobile, the creativity of Luis Alberto and the all-round brilliance of Sergej Milinkovic-Savic but they are suspect defensively.

Dortmund have Jadon Sancho and Erling Haaland in attack and nobody will fancy playing them, especially with options like Thorgun Hazard, Marco Reus, Julian Brandt and the exciting Gio Reyna at their disposal. Dortmund have disappointed in recent seasons and there will be pressure on Lucien Favre to have a big season.

Zenit St.Petersburg are the Pot 1 addition to this group, having won yet another Russian title and they will be formidable, if a little less entertaining than they have been in previous iterations. Club Brugge have embarked on something of a spending spree in recent years to wrestle back top spot in Belgium but may find themselves outgunned in this group. 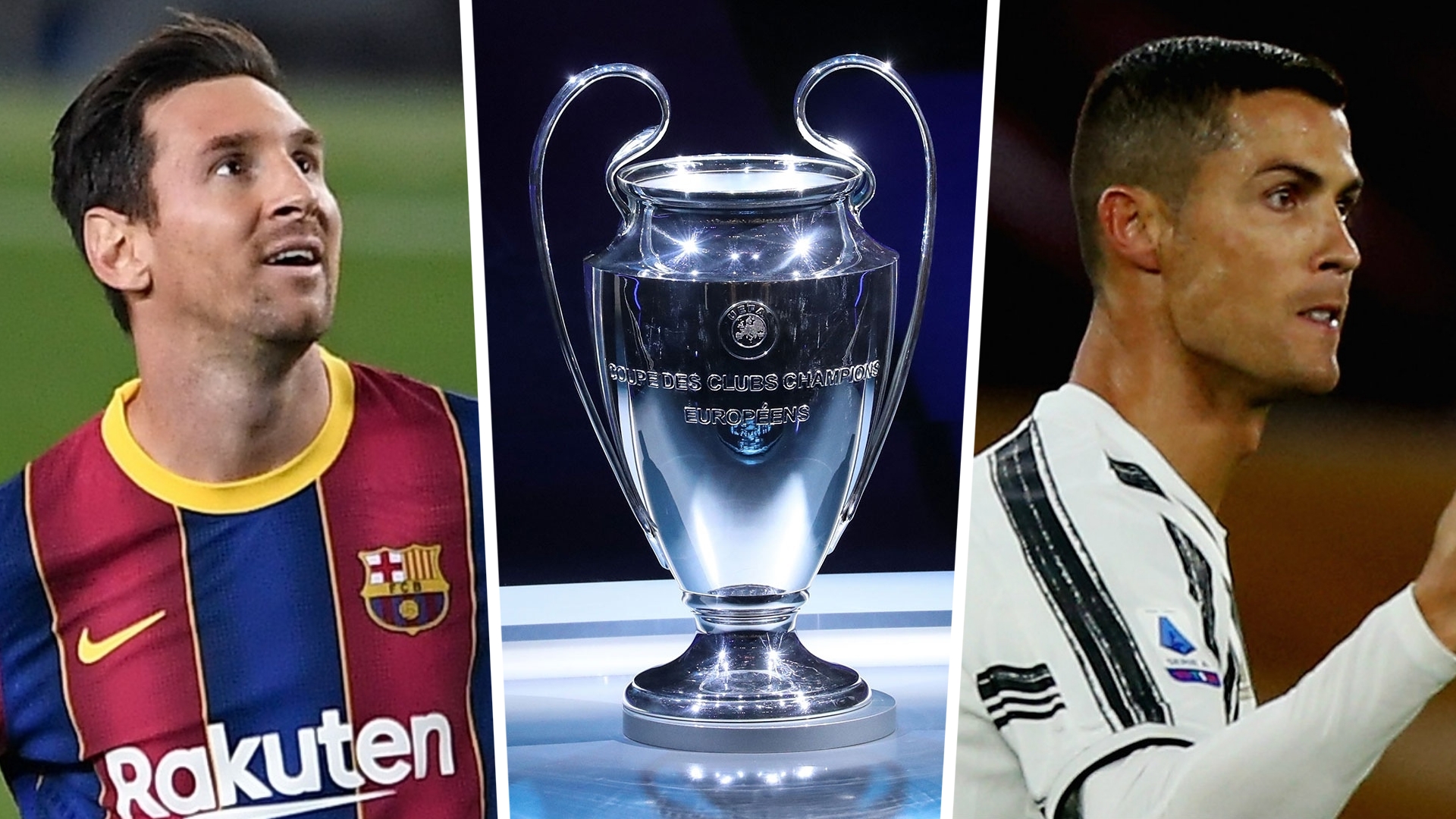 Group G threw up a contest some thought we’d never see again. Leo Messi, and Barcelona, vs Cristiano, and Juventus. Two clubs who have gone all in to win the Champions League in recent years, spending beyond their means and loading their clubs with monstrous debt. Cristiano tormented Barca for years as he won four Champions League with Real Madrid before joining Juve in 2018, and now he has a chance to crush their dreams again. Messi, in likely his last season with the Blaugrana, will want to make sure that doesn’t happen.

Dynamo Kiev and Champions League newcomers Ferencvaros of Hungary round out this group and those two will almost certainly contest 3rd place. Kiev will be strong favourites for that spot as in truth, Ferencvaros will be doing well to take a single point from their six games. 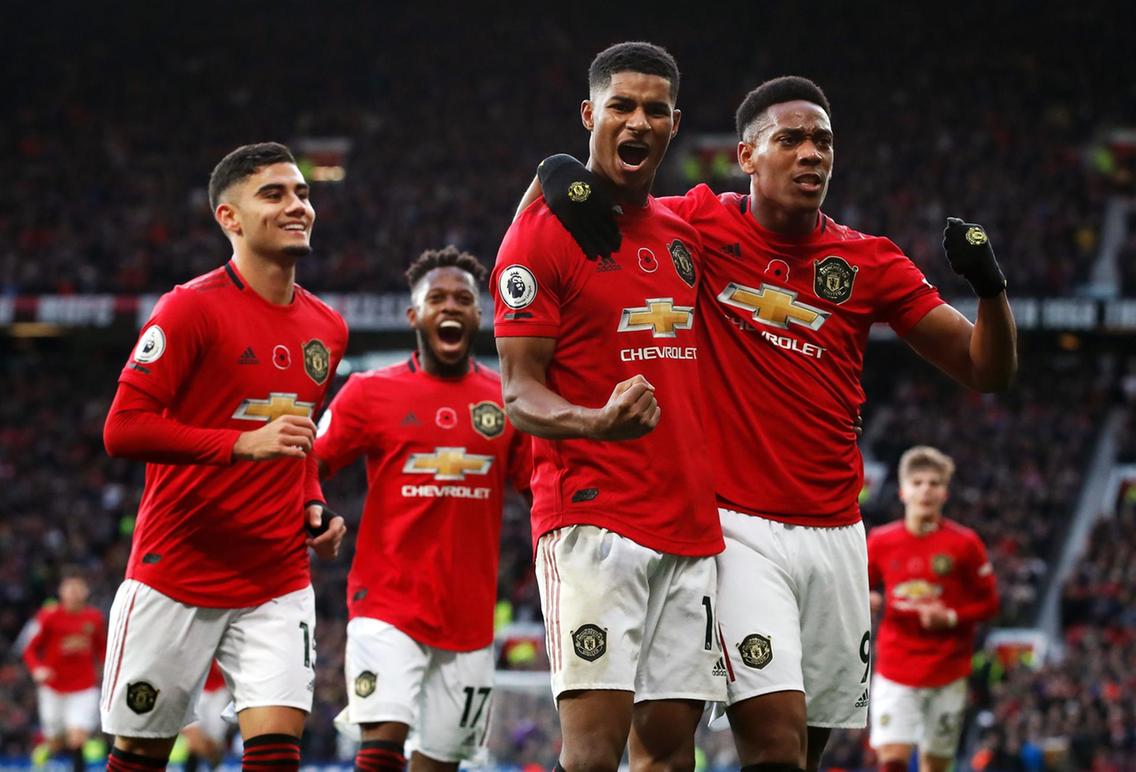 And finally Group H. Paris St-Germain, Manchester United, RB Leipzig and Istanbul Basaksehir. It’s a group of clubs with owners that you wouldn’t want at your club for one reason or another. Basaksehir broke the strangehold of Turkish football that has been held by Galatasaray, Fenerbache and Besiktas last season to win their first title, whilst PSG continued their dominance over Ligue 1 with their 7th title in eight years.

United and Leipzig finished third in their respective leagues, and both took that as a sign of progression for different reasons. Leipzig because it was their first season under Julian Nagelsmann, United because they’d finished 6th the previous season. United have not had a good start to this season, and that was matched by their performance in the transfer market. Indeed, so desperate did they become for a right winger rumours are that they attempted to sign Tommy Robinson on deadline day.

PSG, United and Leipzig will battle it out for the top two spots, though Basaksehir won’t make it easy on them. This is just about the toughest group United could have gotten and will represent a massive test for Ole and his boys. 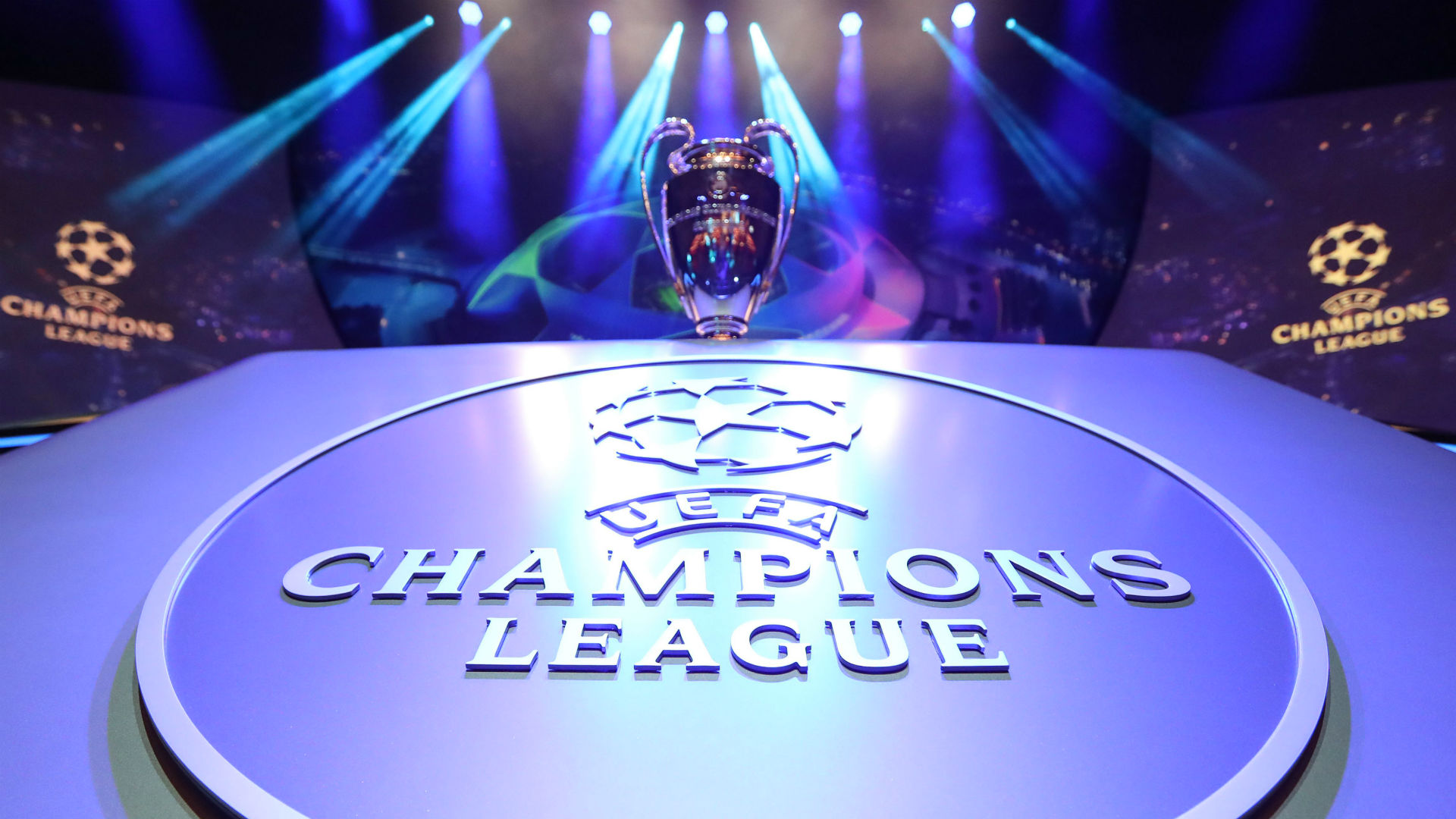 There will be a different feel to this years Champions League, and it may well be the group stages before the competition really finds its groove, and fans get back into the stadiums. But there’s no question that each of these groups will present very interesting and entertaining matches.

With the recent news that UEFA have secured a court order enforcing blocks on IPTV providers in Ireland, it’s logical to assume that they will do obtain a similar high court order yo block illegal IPTV streaming in the UK as well. The Premier League is already subject to such blocks and the major ISPs in the UK and Ireland are legally required to block streams from non-official streaming sources. 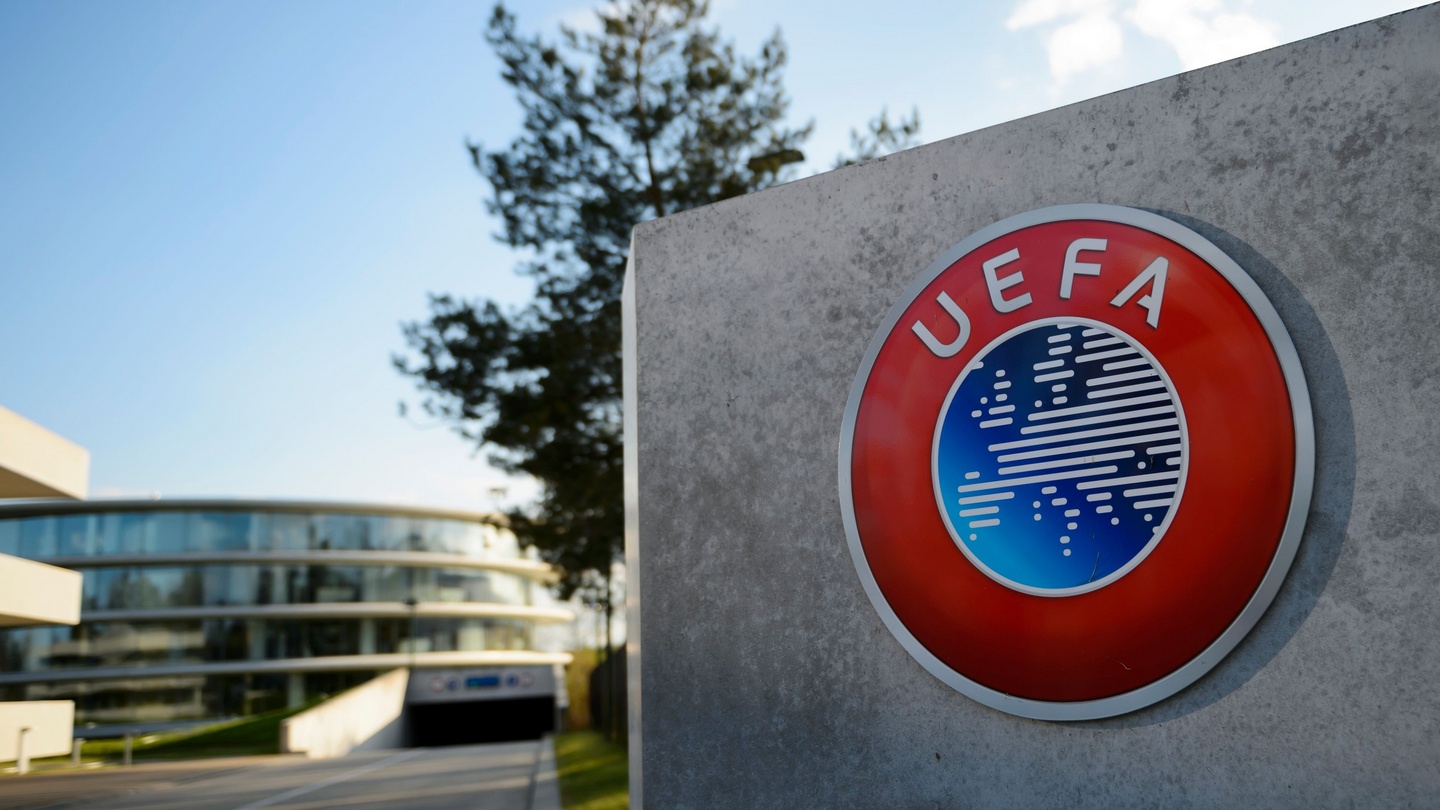 How to watch every Champions League match from anywhere…

Champions League matches for the 2020/21 season will be streamed live on the BT Sport website, as well as their respective apps for iPhone, iPad, Android, Smart TV, Now TV, FireTV etc.

Furthermore; BT Sport isn’t the only geographically-censored streaming services a VPN or Proxy will allow you to access.  Other UK services like Sky Sports, Now TV, Amazon Prime, BBC Sport, BBC iPlayer, ITV Hub, All 4 and BritBox are available. Plus with the option to switch to our USA service whenever you like, you can access Hulu, HBO GO, Netflix and Pandora.  Essentially you can access international content from virtually anywhere!