This Wednesday night the second of this seasons European finals takes place, with AS Roma taking on Feyenoord in the Europa Conference League Final with live streaming on BT Sport.

BT Sport has announced that the 2022 UEFA Europa Conference League Final will be available for everyone in the UK to watch for free on YouTube; as well as TV, online or on mobile.

Our EuropA CONFERENCE LEAGUE PREVIEW Articles are brought to you in partnership with EPL Index, and Dave Hendrick – host of the Two Footed Podcast, offering FREE podcasts to football fans.

This is the first season of the Europa Conference League and despite some initial skepticism about the tournament and why it was created, it has proven to be a success. You just need to look at the calibre of teams who reached the semi-final stage to see how seriously it has been taken. Many of us who had doubts about the competition were viewing through the lens of what we really wanted, the return of the European Cup Winners Cup. The Europa Conference League isn’t what we wanted, but it’s what we got and it has been good. 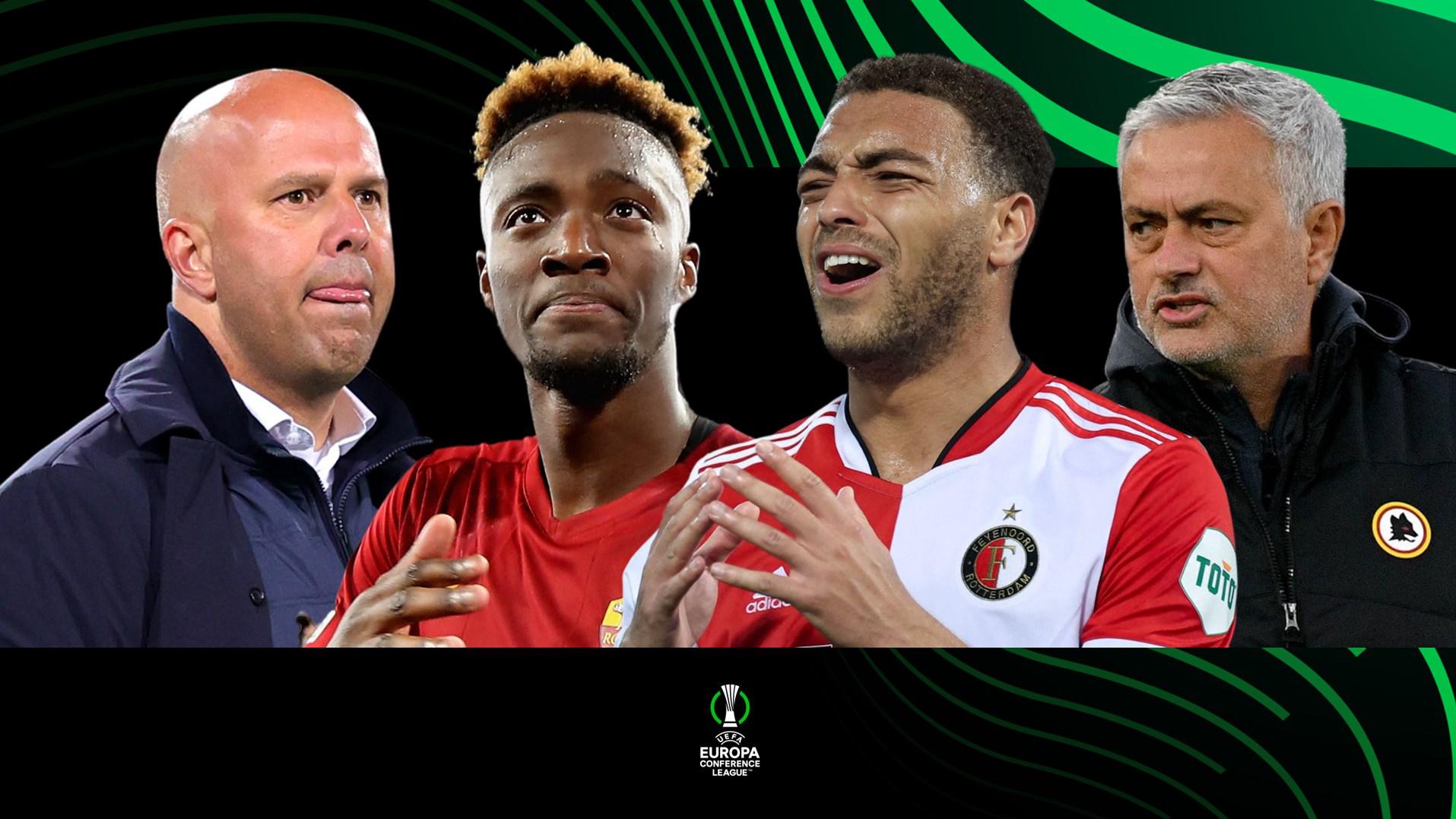 This final represents potential history being made as Roma manager Jose Mourinho seeks to become the first manager to win the Champions League, the Europa League and the Europa Conference League. Mourinho claimed Champions League glory with both Porto and Inter and Europa League glory with both Porto and Manchester United, and now he has his eyes set on another European trophy.

Mourinho will tell you that his Europa League success at Roma was under the old UEFA Cup format and thus this would be his fourth different European trophy to take home, but that’s for him to talk about. Mourinho’s career has been, and will be, the topic of multiple books and endless conversations. There’s no reason to go back over it, he’s an all-time great. His opponent is a different story. 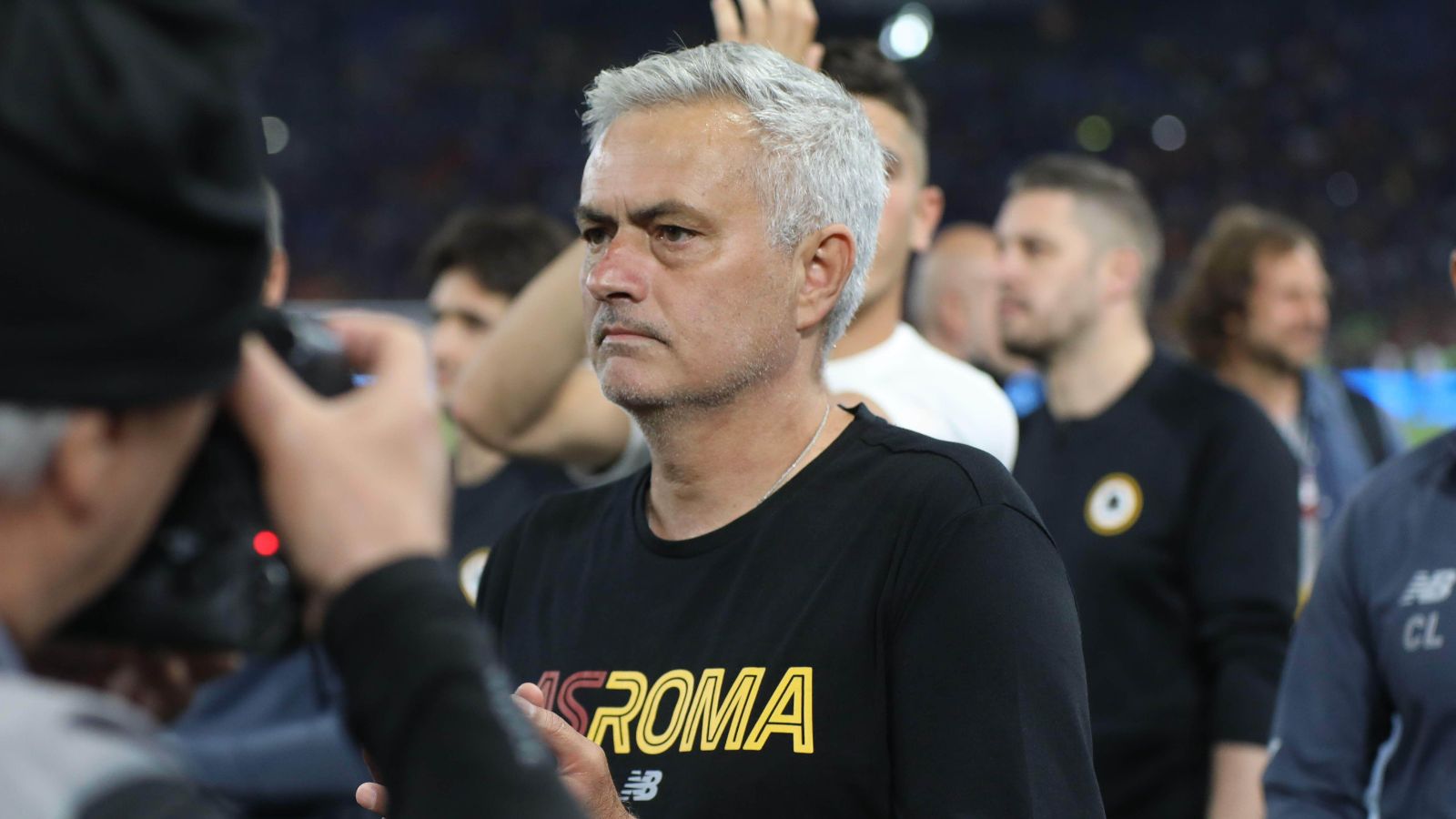 Feyenoord manager Arne Slot doesn’t have the same type of track record. He’s only three years into his managerial career, and though the early signs have been very promising. This Europa Conference League would represent the first trophy of his managerial career and could potential see him become a target for other clubs looking to make a change this summer. His first job saw him impress at AZ Alkmaar to the point where Feyenoord approached him after only 18 months to secure his services in advance. One Alkmaar found out, they foolishly sacked him.

He took over last summer and has made immediate improvements, leading them to a 3rd place finish in the Eredivisie and this final. His 4-2-3-1 shape relies on pace in wide areas and movement in attack. Under Slot, Feyenoord have, at times, struggled defensively, but they’ve made up for it by being overwhelming in attack. They’ve scored 120 goals this season, and will be relying on that attacking prowess against Roma.

Roma made their way to the final by topping Group C, with four wins and a draw in their six games. Their one defeat came away to Bodo/Glimt in a game that gave Mourinho a stark reminder of how far his team have to go before they can be considered among the elite of European football. They knocked out Vitesse Arnhem, got revenge over Bodo/Glimt and then Leicester City in the semi-finals. 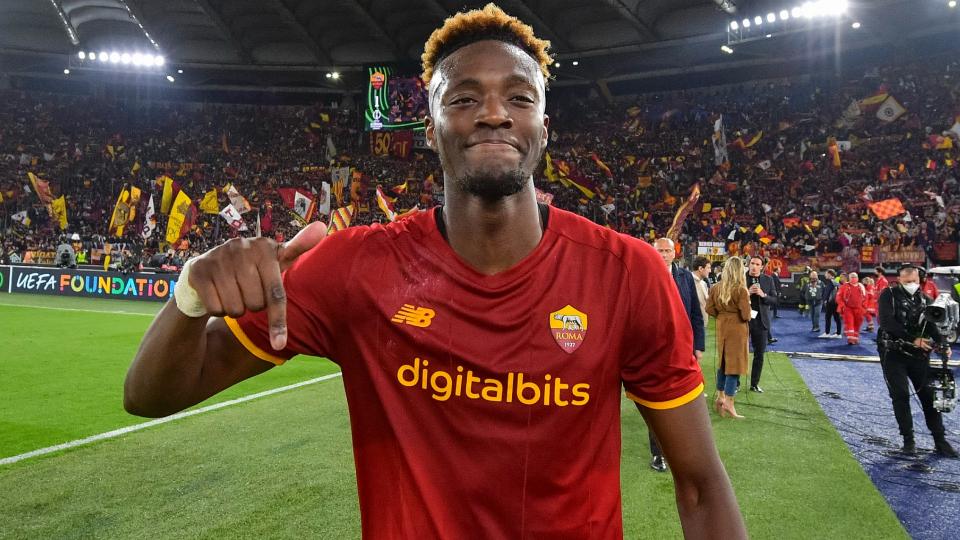 Powered by a front three of Tammy Abraham, Nicolo Zaniolo and club captain Lorenzo Pellegini, Roma have been a formidable attacking side this season while showcasing much of the defensive stability that is a Mourinho trademark. Relying on a 3-4-2-1 shape when he has his full squad available, Mourinho has shown signs of the old magic as he has gotten improvement performances out of most of his players this season. Perhaps working outside of the Premier League spotlight, and away from the glare of a title race, Mourinho has been able to rediscover the man-management skills that once made him the most highly regarded manager in Europe.

Feyenoord topped Group E, going unbeaten. Four wins and two draws saw them advance to the knockout stages, where they engaged in some of the most manic games of the season against Partizan Belgrade and Slavia Prague. In the semi finals they upset a heavily favoured Marseille team to reach their first European final since 2002 when they defeated Borussia Dortmund to claim the UEFA Cup.

Feyenoord will pose real danger to Roma with their pacey wide players.  Strangely, three of their starting front four are at the club on loan. Reiss Nelson from Arsenal, Cyriel Dessers from Genk and Guus Til from Spartak Moscow. Til in particular has had an impressive season playing as the number 10 in this Feyenoord team. Nelson is the one who could miss out from a starting role this weekend if Bryan Linssen is given the call but fitness permitted, Dessers and Til will start. 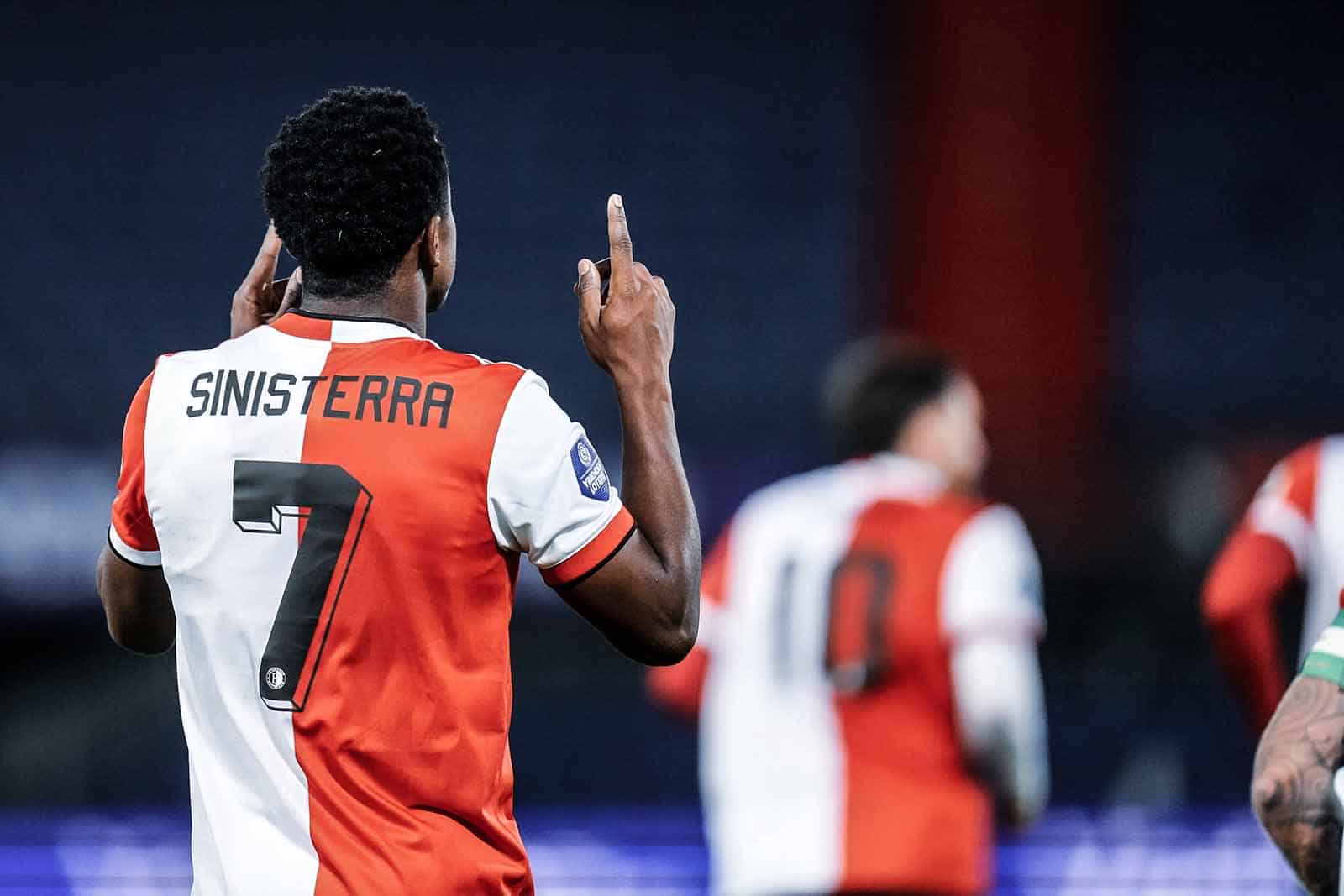 Feyenoord’s star is Colombian winger Luis Sinisterra. The 22 year old is a right footed left winger with an eye for goal and a flair for the spectacular. He’s been linked with moves away for this summer so this may be his swansong with the Rotterdam outfit and he will want to go out on a high. He might even want to impress the manager in the opposing dugout because a front three of Zaniolo and Sinisterra in support of Abraham would be something special, and allow Pellegrini to drop back into a central midfield role that would allow him to influence games even more. 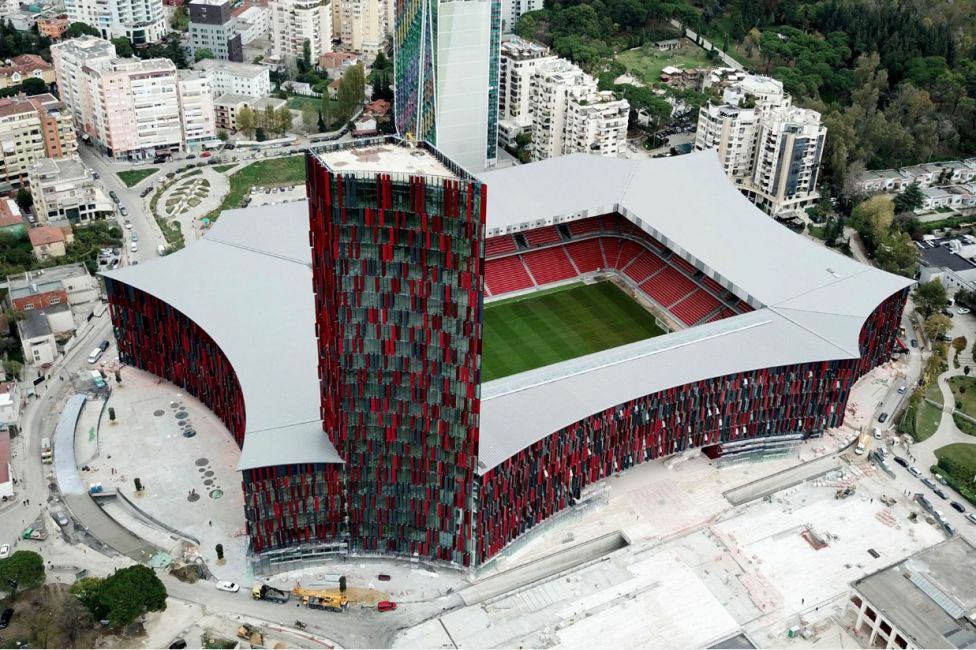 Feyenood defeated Celtic at the San Siro in Milan in 1970 to claim the European Cup, and beat Tottenham 4-2 over two legs in 1974 to claim the UEFA Cup. Their 2002 success over Dortmund came in the era of the one game Finals, though by coincidence it was played in their home stadium, De Kuip in Rotterdam.

Regardless of who wins this game, there will be wild celebrations for the victor. Either Rotterdam or Rome will welcome home a team with a European trophy and you just try and tell those fans that it’s a less important trophy than the others.

No matter where you are, you can use your Liberty Shield VPN to find a way to watch the Europa Conference League Final. Don’t have a Liberty Shield VPN? You’re missing out! Click right here to check out what we can offer you, and use the code EPL25 to get a 25% OFF your VPN or VPN Router at check-out. 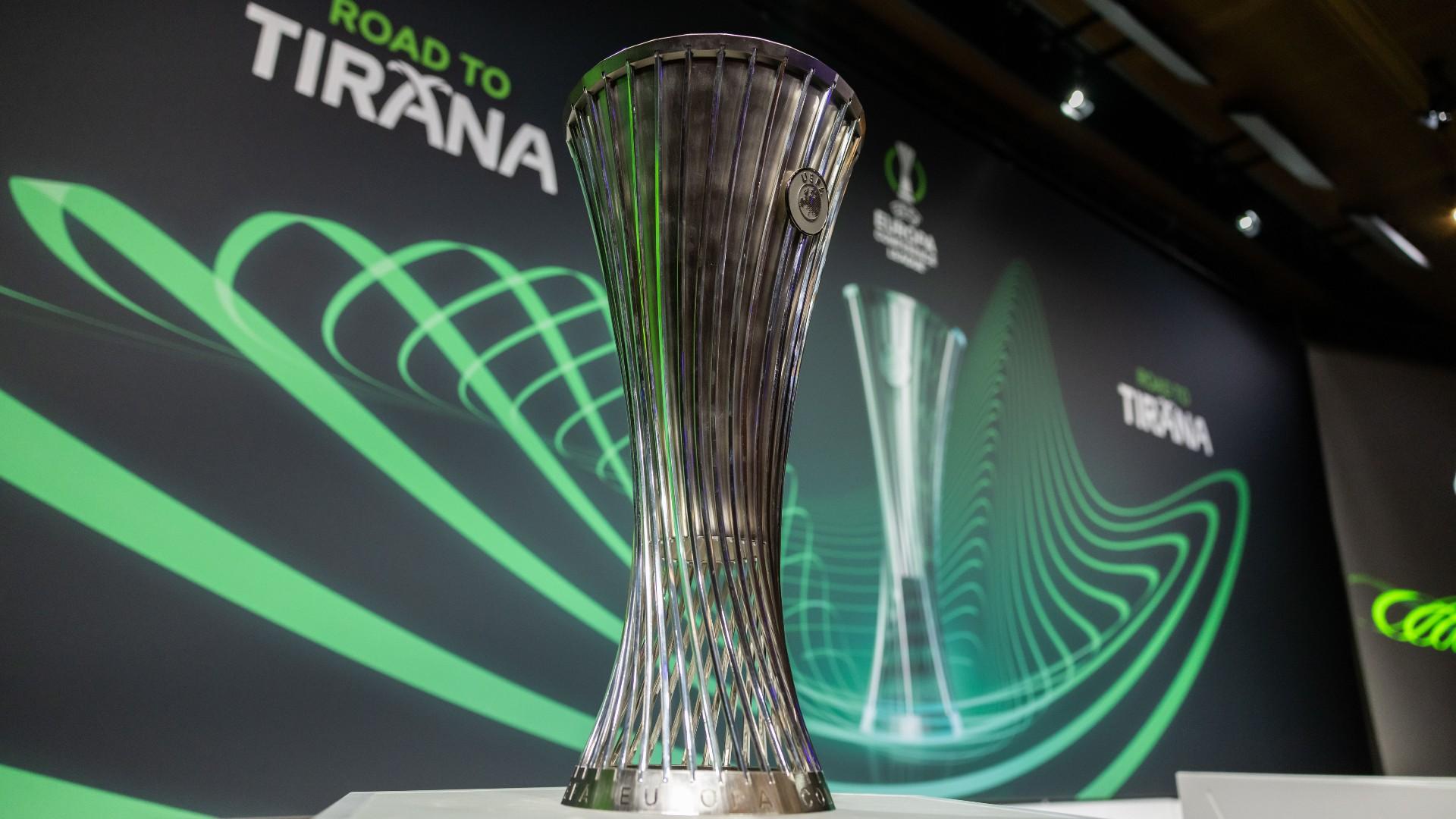 How to watch every Europa Conference League match from anywhere…

How can I watch the Europa Conference League on BT Sport live?