With no club football on this weekend you could be forgiven for thinking that you might struggle to fill your weekend, but fear not. This weekend is action packed from Friday through to Monday with live sport of all variations to satisfy the whole family. 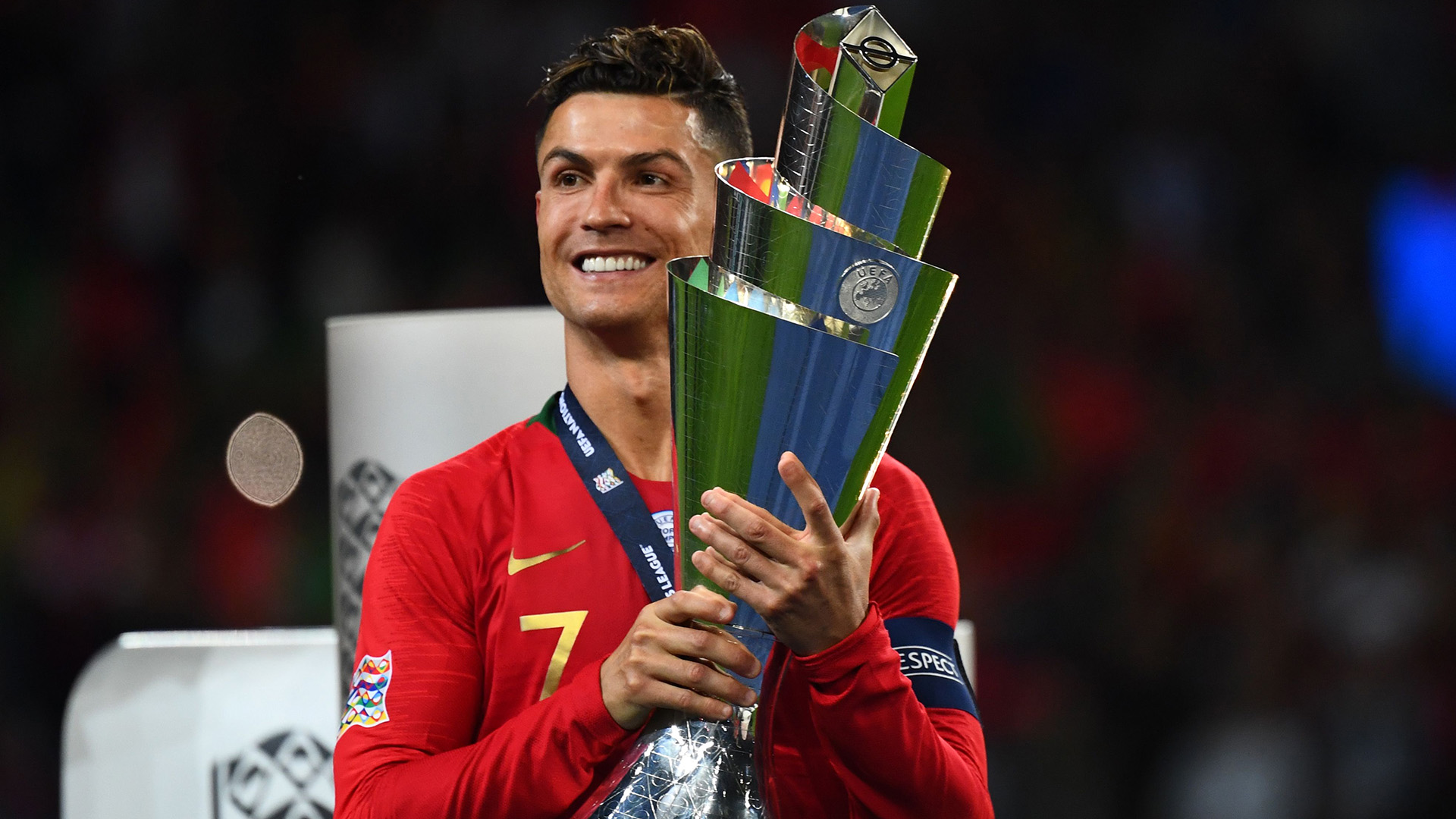 Football brings us the UEFA Nations League. Whilst we can argue the merits of playing international games in this current pandemic riddled world, we might as well enjoy the games whilst they are on. Saturday’s most intriguing games see Spain face Switzerland and Ukraine face Germany, while on Sunday we get England against Belgium and France against Portugal, where Cristiano Ronaldo will continue his mission to overtake Ali Daei as the highest scoring player in the history of international football. Cristiano currently has 101 goals in 165 caps, and is now eight behind Daei, thought he has already played 16 more internationals than the Iranian did. 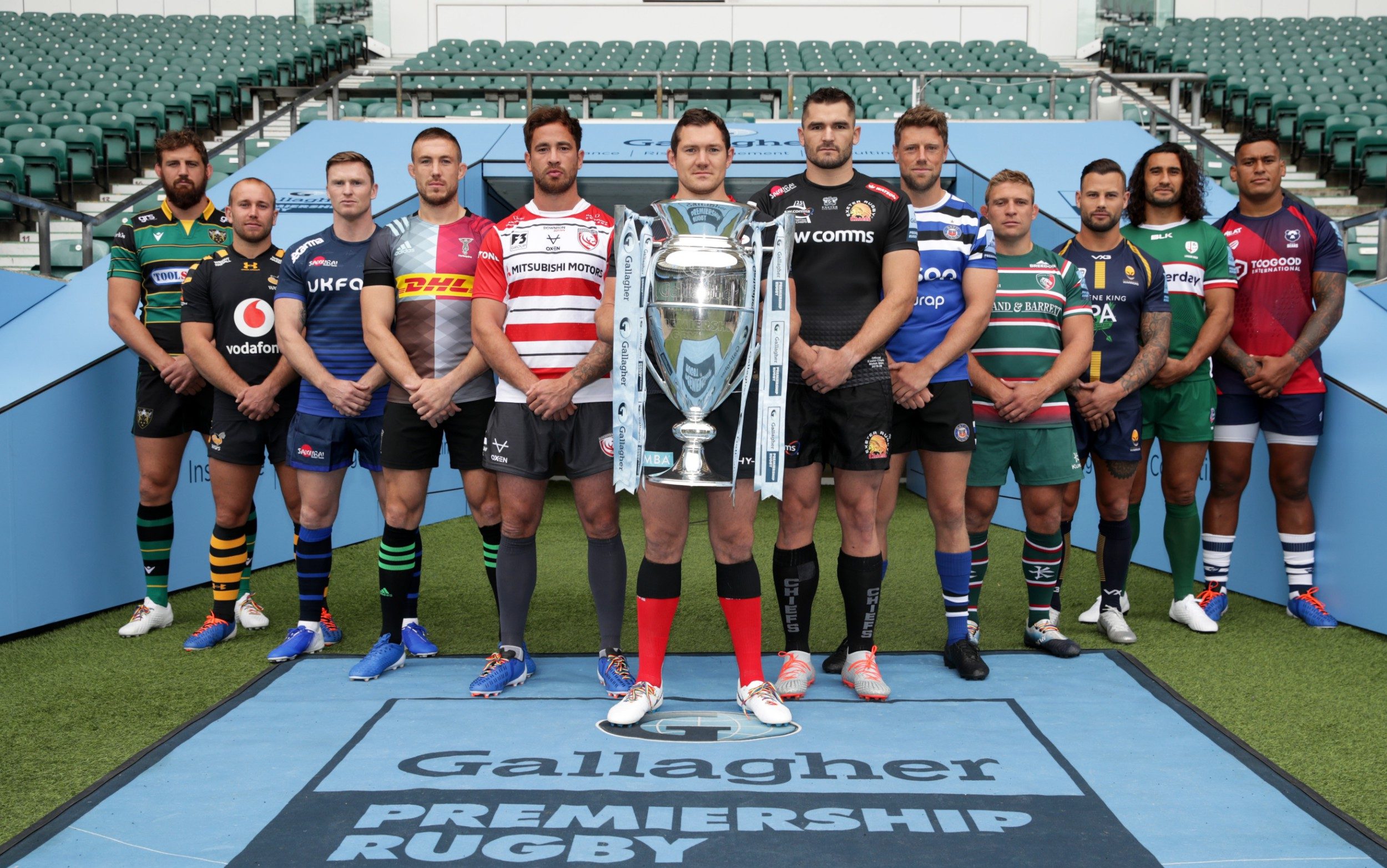 It’s a packed card for Rugby this weekend, with both Saturday and Sunday presenting great watching. First and foremost we have the Gallagher Premiership semi-finals. First up in the 1:30 kickoff, Wasps, who finished 2nd in the final table, will face 3rd placed Bristol at the Ricoh Arena. At 4:30 table topping Exeter will welcome Bath, who finished fourth in part due to Saracen’s points deduction and Sale’s Covid outbreak causing them to forfeit their final game, to Sandy Park. Both games promise to be exciting affairs and whoever wins those games, we should get a fantastic Grand Final in a fortnight’s time.

The Guinness Pro 14 is in action this weekend, the highlight of Saturday’s games will see Edinburgh travel to Munster. Last season both teams made it to the semi-final stage before losing to Ulster and Leinster respectively and they will be looking to improve on that. Munster began the season with a narrow victory away to Scarlets, whilst Edinburgh suffered a disappointing home defeat to Ospreys. 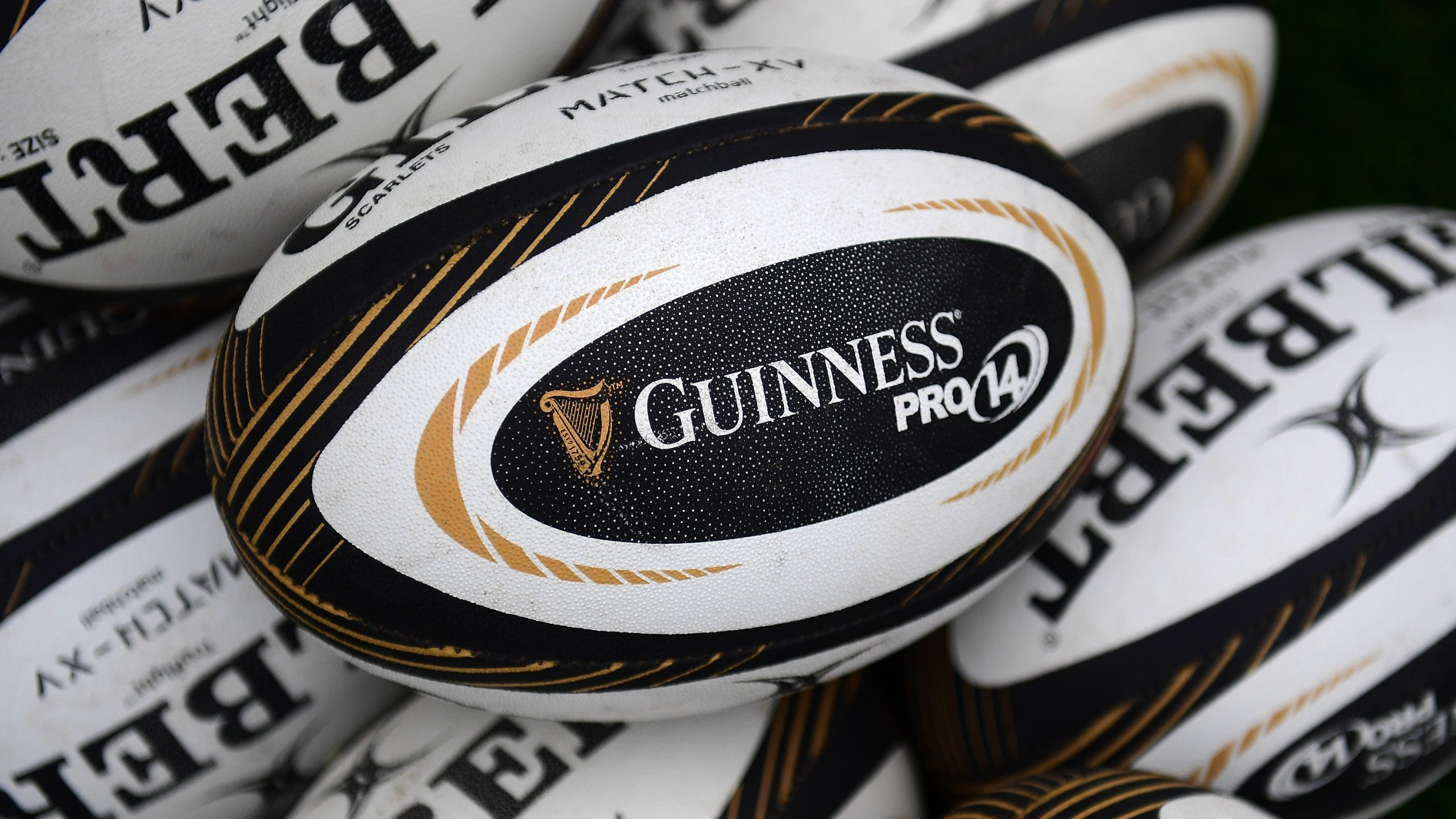 On Sunday, Glasgow will host Scarlets as both teams look to get their first win of the season. Scarlets won this fixture 25-21 last year, and Glasgow will be looking for revenge.

The Pro14, which this season features only 12 teams, is a little less sparkly without the South African contingent. Southern Kings were wound up due to crippling financial problems, whilst the Cheetahs have been forced to sit this season out due to travel restrictions. Hopefully they’ll return next season, preferably with another South African club completing the set and giving us 14 teams again. 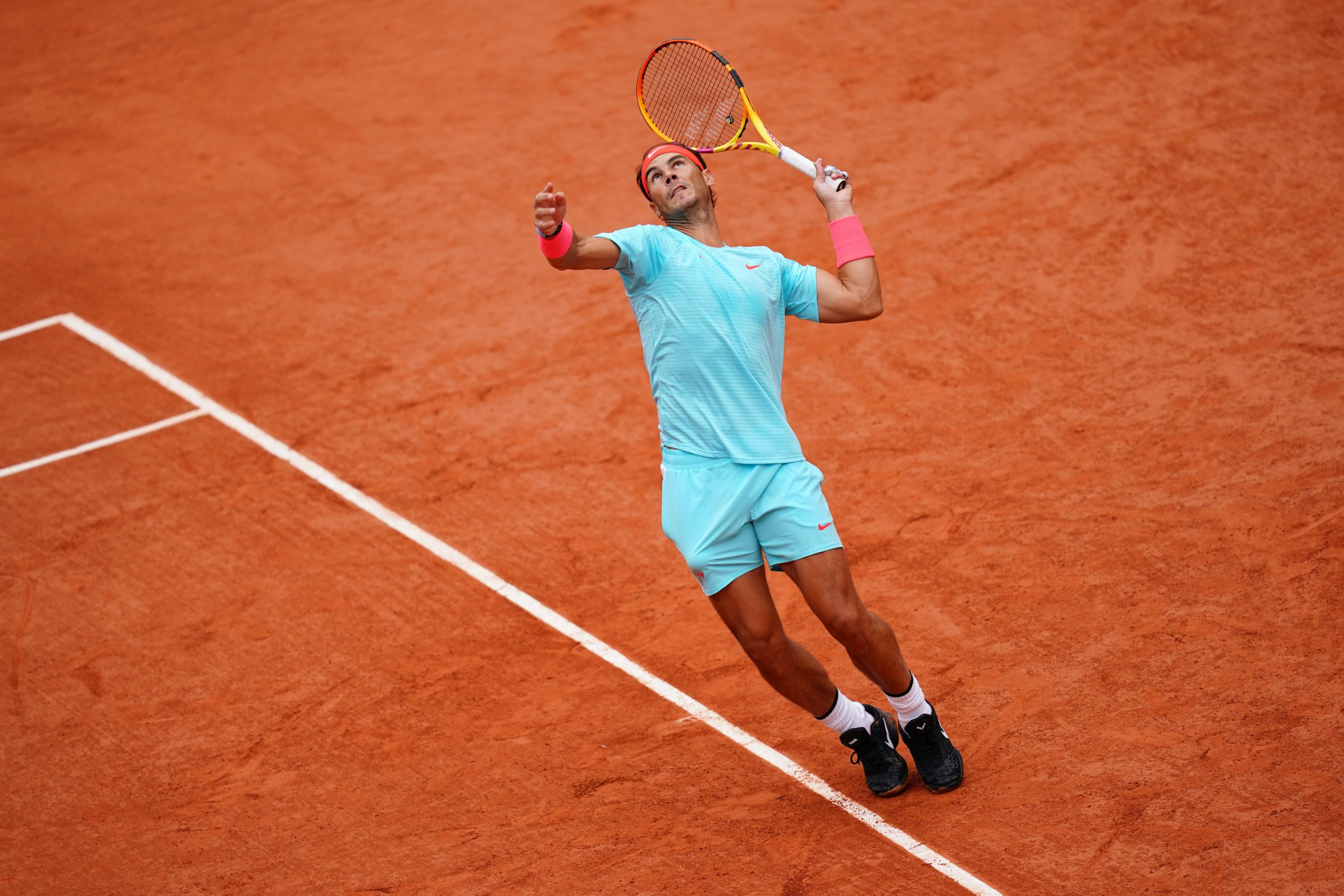 In Tennis, the French Open reaches it’s conclusion this weekend and the men’s side of things could see yet another match-up of Rafa Nadal and Novak Djokovic in the final. Both have to get through their semi-finals first, with Djokovic facing Stefanos Tsitipas and Nadal up against Diego Schwatzmann. Both will be expected to advance to the final, thought Djokovic has been dealing with arm and neck injuries so that could give Tsitipas a real opportunity for the upset. The semi-finals are Friday, with the final on Sunday.

On the women’s side unranked Iga Swiatek from Poland has been the star, and surprise, of the tournament so far. She’s yet to lose a set and dominated world number two Simona Halep in their fourth round contest. She will face fellow first time finalist Sofia Kenin. Kenin will be looking to add the French Open to the Australian Open title she won this year and cement her spot as one of the top female players in the world at the age of just 21. 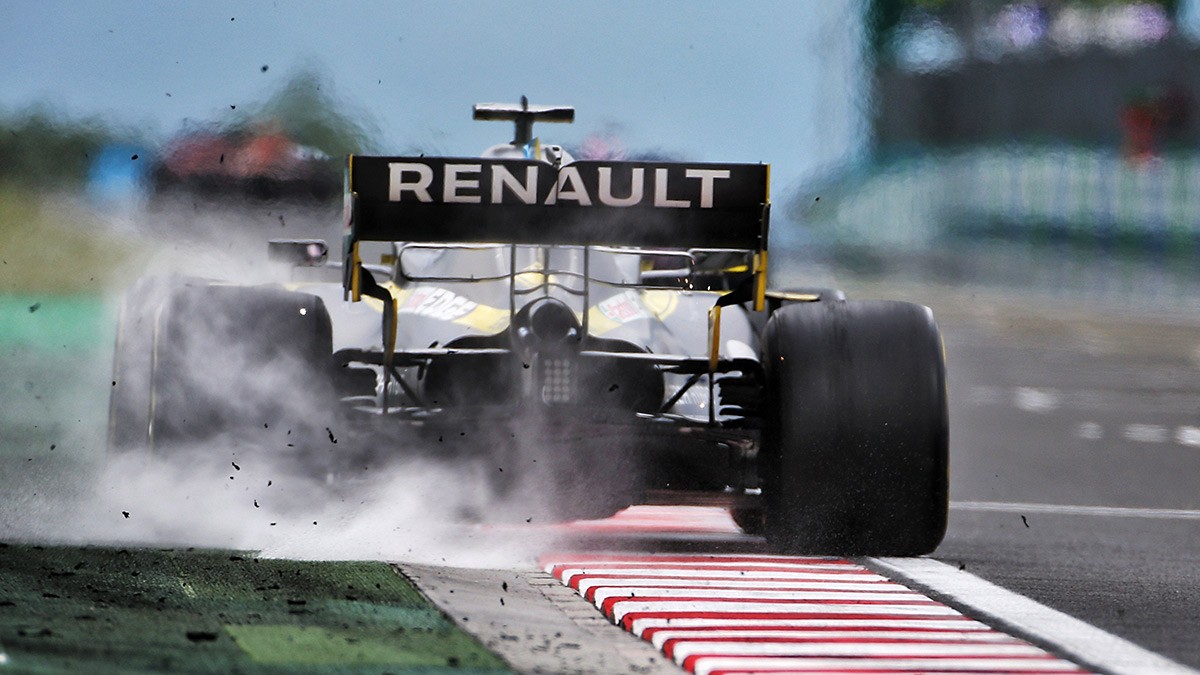 Formula 1 moves to the legendary Nurburgring for the Eifel Grand Prix. This will be the first Grand Prix held at this track since 2013. Lewis Hamilton, looking for his fourth World Championship in a row and give him a career total of seven, which would move him onto even footing with Michael Schumacher for the most ever, will be out for aiming for his seventh Grand Prix win of the season. His Mercedes team-mate Valtteri Bottas, and Red Bull’s Max Verstappen, figure to provide his stiffest competition. Once can only hope that driving on home soil might see Sebastian Vettel conjure up a good performance. 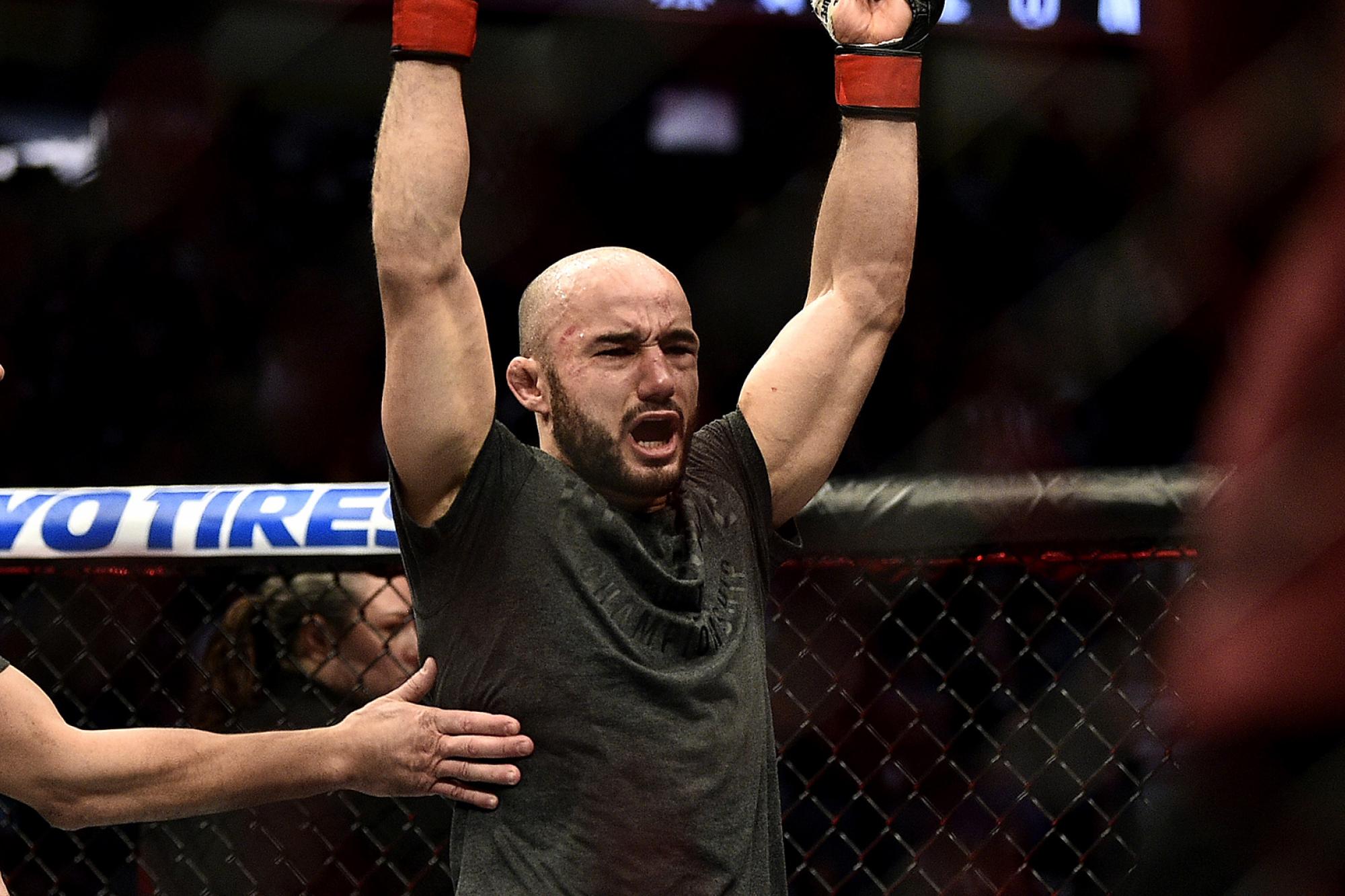 Another weekend, another UFC event. This time it’s UFC Fight Night: Moraes vs Sandhagen. Bantamweight contenders Marlon Moraes (23-7) takes on Cory Sandhagen (12-2) as he looks to work his way back towards another title shot. Moraes has lost only one of his last six fights, in a title opportunity against all-time great Henry Cejudo, and last time out beat another all-time great in Jose Aldo. Sandhagen lost to Aljamain Sterling in his last outing but prior to that had won his previous seven fights.

In the co-main event the always entertaining Edson Barboza, who has won just one of his last six fights, faces off against submission expert Makwan Amirkhani. Defeat for Barboza could make this his last fight in the UFC.

Staying with combat sports, there’s an exciting night of Boxing on Friday night, with a world title on the line at the MGM Grand in Las Vegas as 31-1-1 Emanuel Navarrete moves up to Featherweight, having vacated his WBO Junior Featherweight title, to face the unbeaten Ruben Villa (18-0) for the vacant WBO Featherweight crown. While Villa is the naturally heavier fight, Navarrete has a significant reach advantage and has also been more active. This is his third fight of the year, whilst Villa has been inactive since December of 2019. 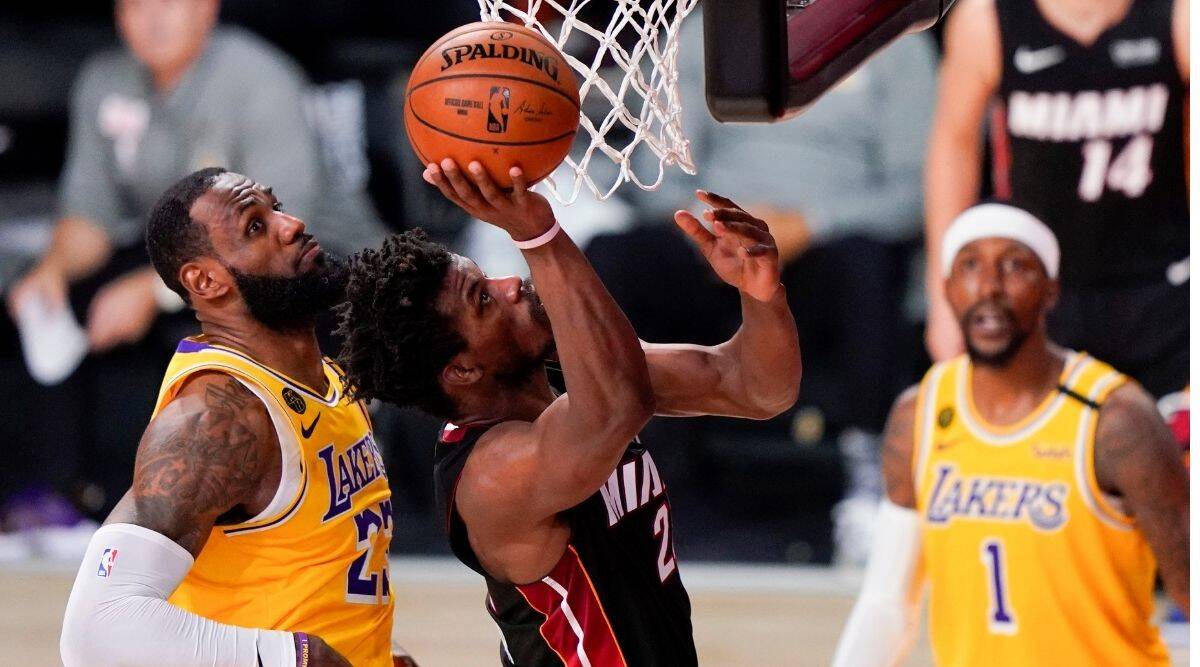 Staying in America, the NBA Finals could end on Saturday night with the LA Lakers taking a 3-1 lead into game 5 against the Miami Heat. LeBron James looks set to win his fourth NBA title, with his third team. The Lakers have romped through the playoffs though they have been fortunate that the Milwaukee Bucks and LA Clippers lost in earlier rounds without the Lakers having to face either, and in these finals the Heat have suffered injuries to Goran Dragic and Bam Adebayo.

With this season being completed inside the Disney World Orlando bubble, it’s been a very strange situation for all the players involved and there are still questions over whether next season will also take place in the bubble again. TV ratings have been a major issue for the NBA with many people not keen on the bubble setting, so that will need to be taken into account. 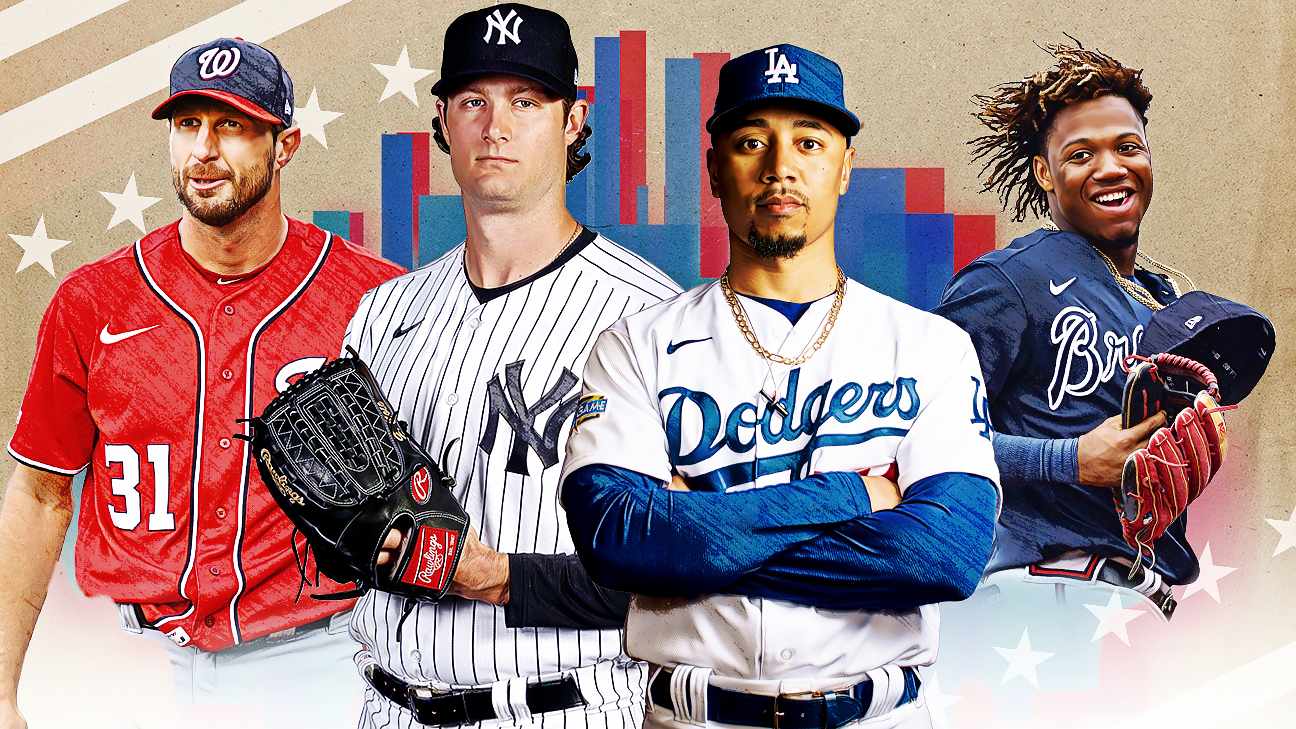 While the NBA setting has been odd, it’s not a patch on Major League Baseball. With the normal 162 game season being shortened to a 60 game run, and the playoffs expanded, it’s all been a bit strange. Baseball is one sport where the lack of fans has been really noticeable. The playoffs are at the divisional round and will run through this weekend.

In the American League the Tampa Bay Rays, owner of the best regular season record on their side of the bracket, are matched up with the New York Yankees. The winner of their series will face off against the winner of the Oakland A’s series against the Houston Astros.

On the National League side of things the LA Dodgers are up against the San Diego Padres and will be heavy favourites to emerge and face the winner of the Miami Marlins and Atlanta Braves. The Dodgers are favourites to win the World Series this year, having claimed the best overall record this season and carrying a huge payroll and a roster full of stars, but don’t rule out the Marlins. The Marlins, in their entire history, had only ever made the playoffs twice before this season. On both occasions, they won the World Series. 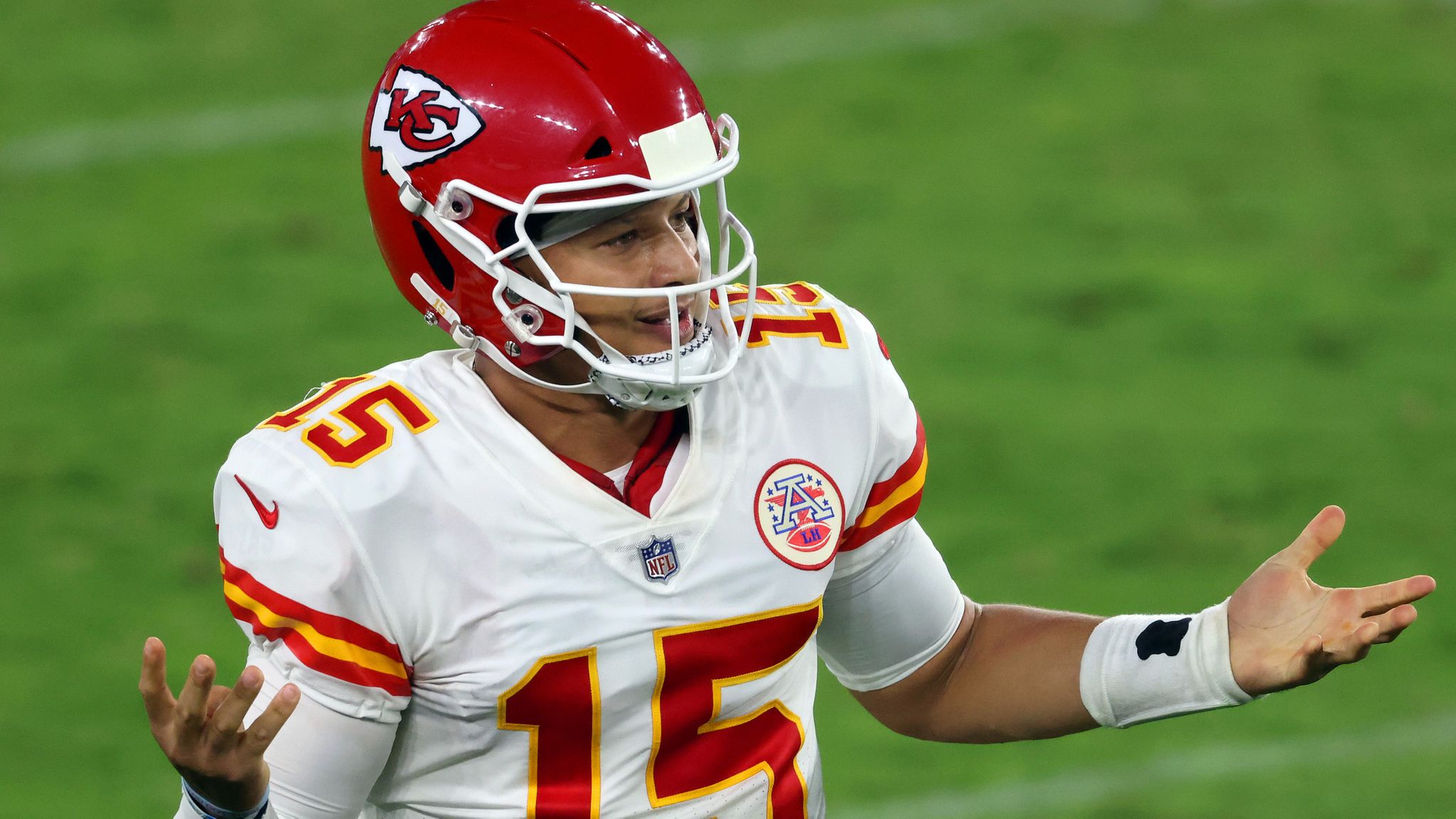 The NFL season rumbles and stumbles along, with players dropping out left and right and games having to be rescheduled on the fly. One game that may need to be rescheduled after a recent Covid outbreak within their facility is the Tennessee Titans battle with the Buffalo Bills. Both teams have begun the season in impressive form, going unbeaten through thus far. This game is scheduled for Sunday but could be moved to Monday. If and when it takes place, it should be a great game.

Elsewhere Patrick Mahomes continues to be must-watch TV and his Kansas City Chiefs will face the Las Vegas Raiders this weekend. This game likely won’t be very competitive as the 4-0 Chiefs should easily dispatch the 2-2 Raiders but Mahomes is just too good to miss. 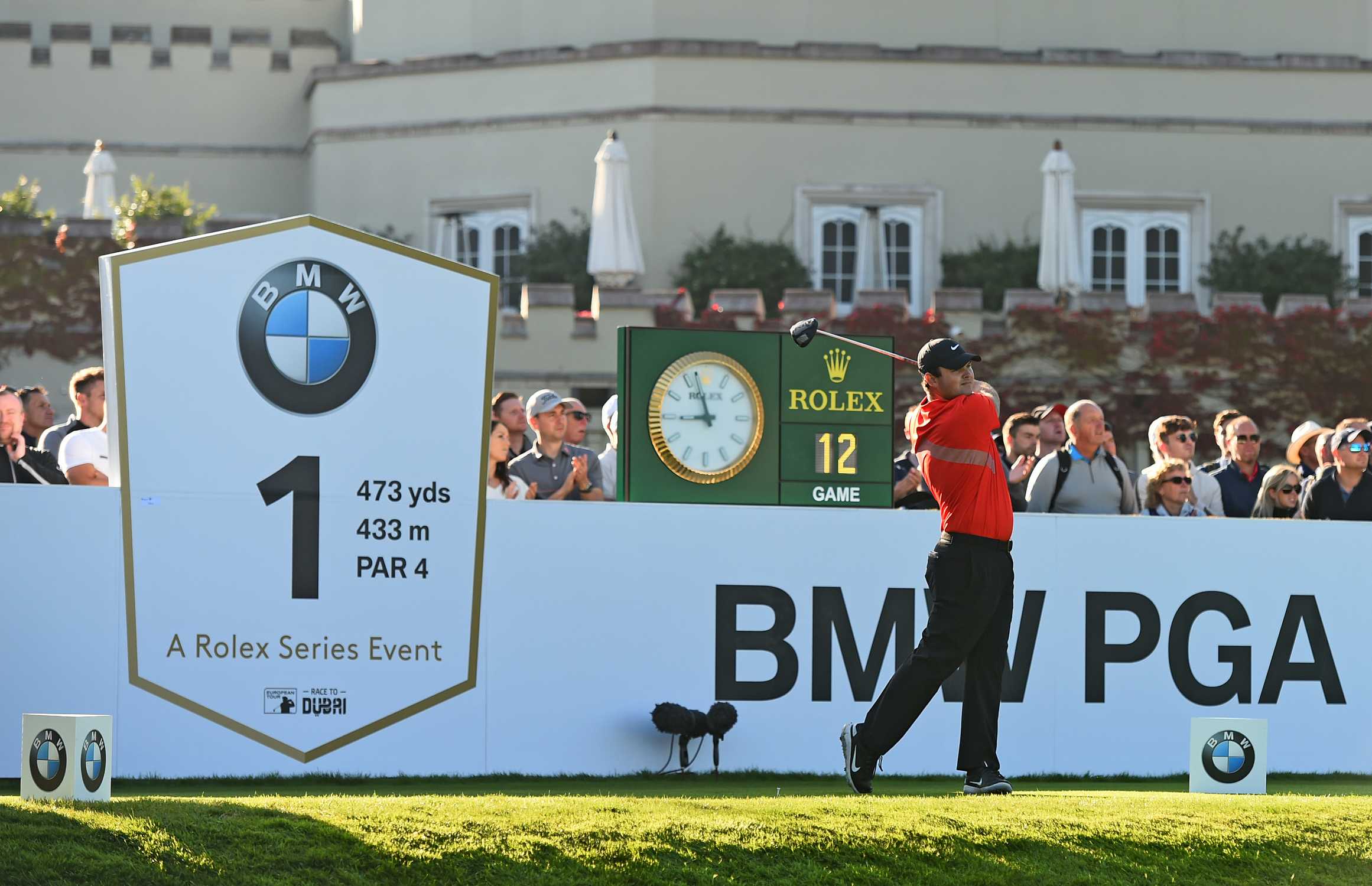 Back to Europe then to wrap up. From the Wentworth Club in Surrey, Golf gives us the BMW PGA Championship where 2016 Masters winner Danny Willett will be looking to retain the title he won last year. With the pandemic still raging, the field is not quite as strong as it normally would have been but it should still be an exciting tournament. 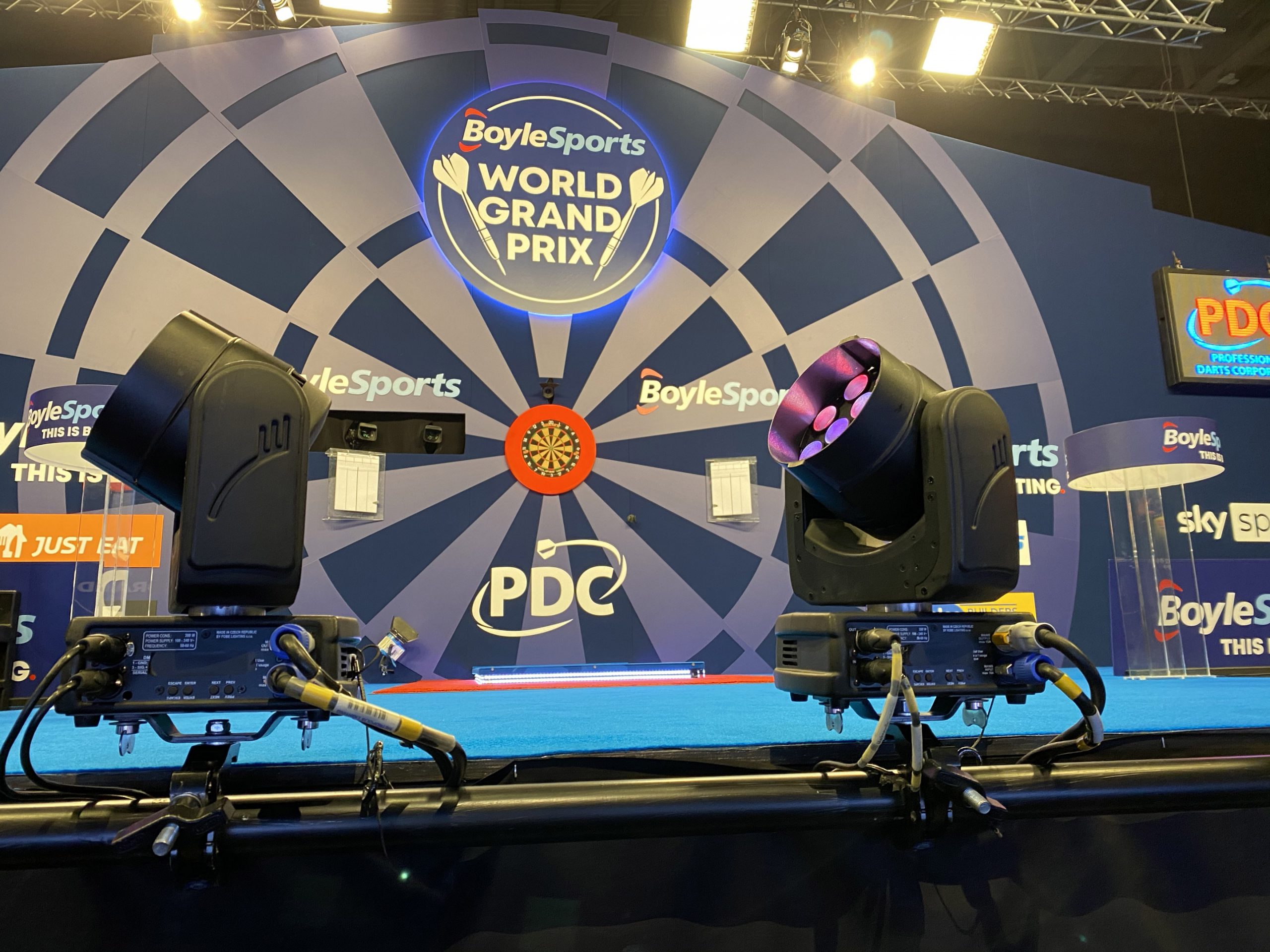 And finally, in Darts the BoyleSports World Grand Prix reaches the final stages, with the quarter-finals on Saturday, the semi-finals on Sunday and the final on Monday. Can anyone dethrone Michael van Gerwen and claim the winners prize of £110,000?

Grab yourself a Liberty Shield VPN, sit back and enjoy what this weekend has to offer.