Currently Netflix has around 57 million subscribers worldwide, more than half of which are in the USA but the popular streaming service now has customers in around 40 countries. Most of those countries don’t have a localised version of the service and in theory should not be able to buy or watch Netflix.

Hollywood studios are pressuring Netflix to ban VPN technology, rendering the opportunity to watch Netflix from out with their regional hubs.

So will Netflix bow to the pressure? Unlikely and here’s a few reasons why you shouldn’t worry… 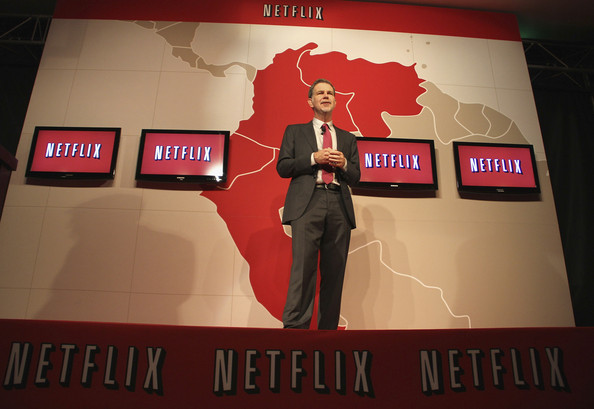 Terms and Conditions – Netflix have already amended their small print

Some of Netflix’s content providers want the service to ban VPNs because of licensing rules. Basically, if Netflix subscribers in Germany or the United Kingdom — or any other country, for that matter — use a VPN to change their virtual location so they can watch a movie that is only available with Netflix USA, hence the movie studio loses money.

Netflix didn’t totally ignore these concerns. In fact, as a contributor for Forbes states, “Netflix now has a paragraph in their terms and conditions stating pretty clearly that the streaming giant reserves the right to cut subscribers off if it discovers they’re not accessing the Netflix service of the country they’re resident in.”

That part of Netflix’s terms and conditions has been there since last year, and we haven’t heard much noise about them enforcing it. In fact, it seems like the clause is there merely to appease the movie studios. That is because…

Netflix Has Too Much to Lose

According to The Guardian, “More than 30 million Netflix users live in countries where the service is unavailable without the use of location-masking software.” While not all of those users pay a monthly subscription — some share a subscription with friends and family members — imagine if only half of those people pay for a basic Netflix subscription. That would equate to well over $120 million dollars lost each month.

A good portion of Netflix users in countries where it is unavailable are in China, a country notorious for strict regulations on what its residents can and cannot do online. China is the world’s third-largest entertainment market, and Netflix would have a tough time officially stepping into the country. It doesn’t seem likely that Netflix would want to lose the small share of China that they already have.

It isn’t just countries without Netflix service that will hurt the entertainment service if they crack down on VPNs. The Forbes piece mentioned earlier brings out, “when Netflix launched in Australia…it offered just 1,120 unique titles – a tiny number when compared with the 7,200 or so unique titles currently available on Netflix’s USA service.”

Netflix titles are more abundant in the U.S., and people who live outside the U.S. who demand an equal level of content may abandon Netflix altogether if using a VPN to change virtual location is no longer an option. After all, Netflix costs roughly the same amount of money across the globe, so it seems reasonable that consumers want just as much content as the folks across the border.

Of course, because of tricky licensing issues, there are some popular titles not available in the U.S. that are available elsewhere, so even U.S. subscribers may balk if Netflix puts the kibosh on VPNs.

Value of a VPN

Being able to change virtual location through a VPN is a perk, but it isn’t the largest benefit of VPNs. VPNs are tools that protect consumer privacy when they access public WiFi networks. A VPN shields sensitive data such as passwords, account numbers, and personal statistics. Because new cyber-threats are constantly emerging, it seems that anyone who discourages the use of VPNs is on the wrong side of the argument.

Netflix actively works to provide more content to people in more countries, but dealing with all the fine print is a time consuming task. Why shouldn’t they take advantage of a more robust worldwide market in the meantime? Netflix benefits by allowing VPN access. More importantly, however, consumers who care about their privacy benefit from VPNs, and no one should frown on safer Internet usage.

Our VPN and Proxy solutions work worldwide and with a single Netflix subscription (or their FREE TRIAL) you can connect to our UK, USA, Irish, German, Swiss, French or Canadian IP address service (via VPN or Proxy) and access any Netflix region you want, whenever you want!  Please click here to read more.

Furthermore you aren’t restricted to watch Netflix on your computer, phone or tablet, with one of our pre-configured VPN Routers you can connect all your household technology to our VPN service without having to touch a single setting on the devices themselves.  Devices which include Netflix as standard include set-top boxes like Apple TV as well as Smart TVs and Games Consoles.

Better still Netflix isn’t the only geographically-censored streaming services a VPN or Proxy will allow you to access.  Services from the USA like Hulu, HBO GO, Amazon Instant and Pandora are available and with our UK websites like BBC iPlayer, ITV Player, 4OD, SkyGo and Now TV are available – essentially you can access international content from virtually anywhere!