November is here and the World Cup is on our doorstep. Premier League Match Day 15 will be shown by pay-TV broadcasters Sky Sports and BT Sport in the UK with match highlights available free on BBC Sport with Match of the Day.

Premier League teams have just two more games to position themselves for the return to games after the upcoming six week break. The league is incredibly condensed right now. There are only 12 points between Arsenal in first and Fulham in seventh, and likewise 12 points between sixth placed Chelsea and bottom of the table Nottingham Forest. 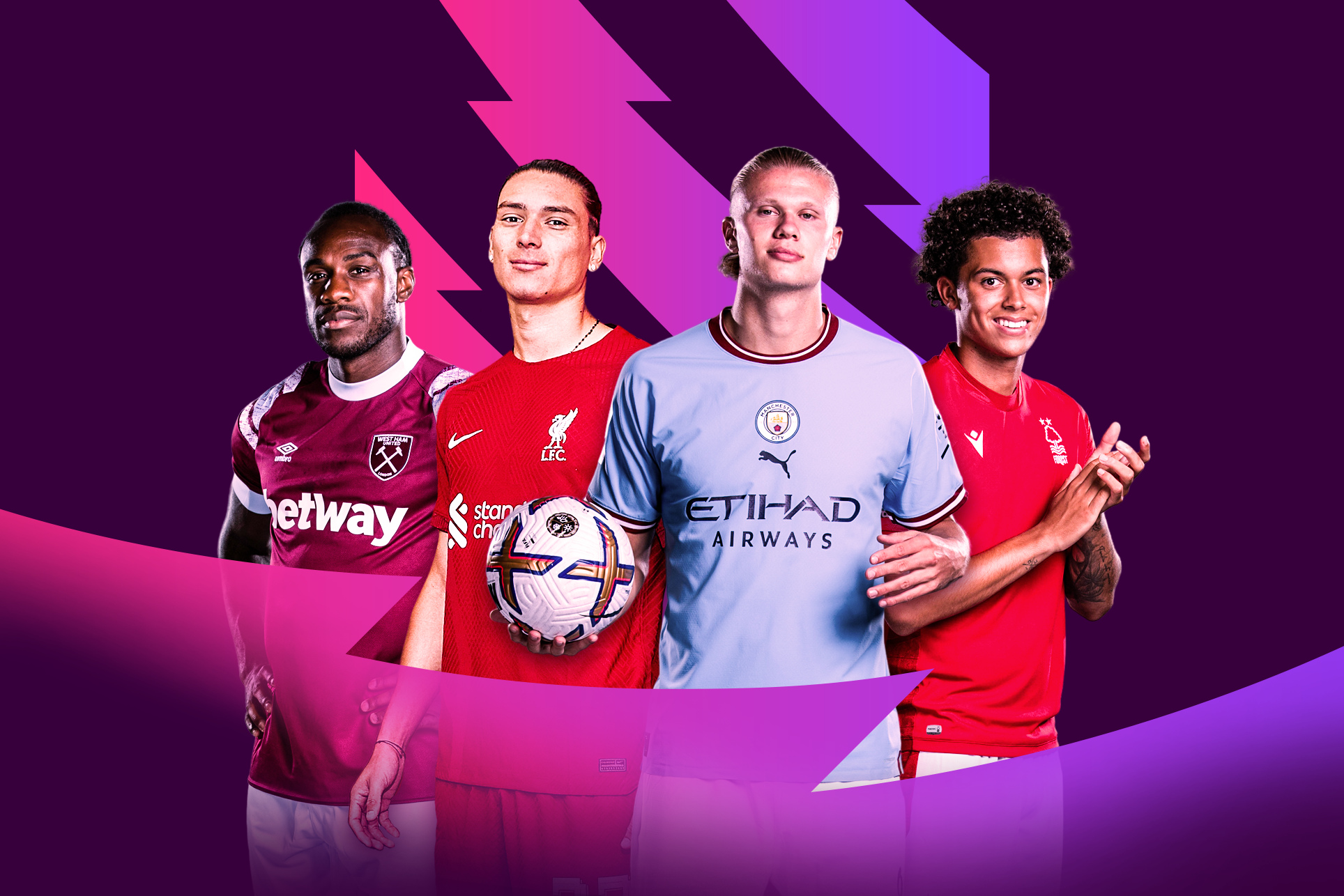 Our Premier League Match Day 15 preview is brought to you in partnership with EPL Index, and Dave Hendrick – host of the Two Footed Podcast, offering FREE podcasts to football fans.

The next two games will be massively important for the teams at the bottom of table, as they can’t allow any kind of gap to open up between them and the teams above.

With two big six battles this weekend, we’re limiting the preview once again to two games and here they are: 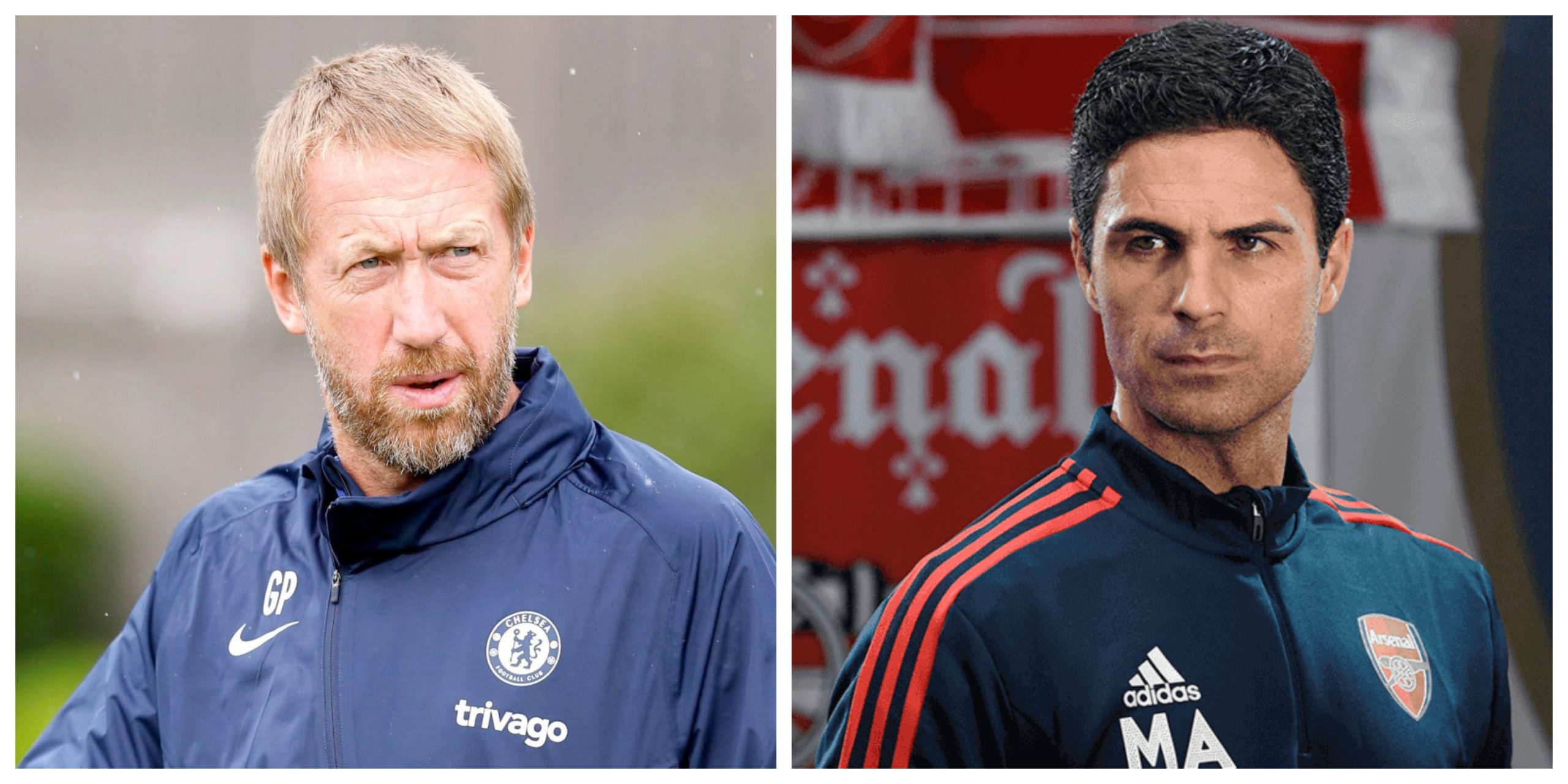 A London Derby between two of the Big Six is a very nice way to start Sunday’s five game slate of games, and this promises to be a very interesting clash between two sides who spend big money in the summer but have had very different beginnings to the season.

Chelsea came into the season with new ownership, lots of shiny new toys and a European Cup winner as manager. Seven games into the season, and Thomas Tuchel was sacked in a stunning turn of events that brought further questions about whether this ownership group, and Todd Boehly in particular, actually know what they’re doing. If you spend £260mil on players for a manager, how can you turn around and sack that manager a week after the transfer window closed? Tuchel was replaced by Graham Potter who makes the sizeable step up from Brighton.

Potter has had a mixed start with the Blues, going winless in their last Premier League games after a run of three straight wins. The collective of players he inherited doesn’t seem ideally fitted to how he wants to play but Chelsea have invested heavily to bring him to the club and will no doubt back him in the long run.

Arsenal have started the season exceptionally well, winning 10 of their first 12 games with just one defeat. They have benefitted from a favourable fixture list but you can only beat the team in front of you and to date, Arsenal have done that better than anyone else in the league so far. The World Cup break is coming at the wrong time for the Gunners, Mikel Arteta won’t want to risk losing the form and momentum his team have built up over the last few months.

This is a big opportunity for Arsenal to lay down another important marker before the break. So far they have faced Manchester United and Liverpool, with one win and one defeat from those games against big six rivals. They know that beating Chelsea means more than just three points within the mini-league that is The Big Six. Arsenal face back to back away games before the break, and while they will fancy three points from Wolves, this will the tougher test and if they can gain victory over the team who have caused them more pain that any other over the last twenty years it would be a huge boost.

No matter where you are, you can use your Liberty Shield VPN to find a way to watch Premier League Match Day 15. Don’t have a Liberty Shield VPN? You’re missing out! Click right here to check out what we can offer you, and use the code EPL25 to get a 25% OFF your VPN or VPN Router at check-out. 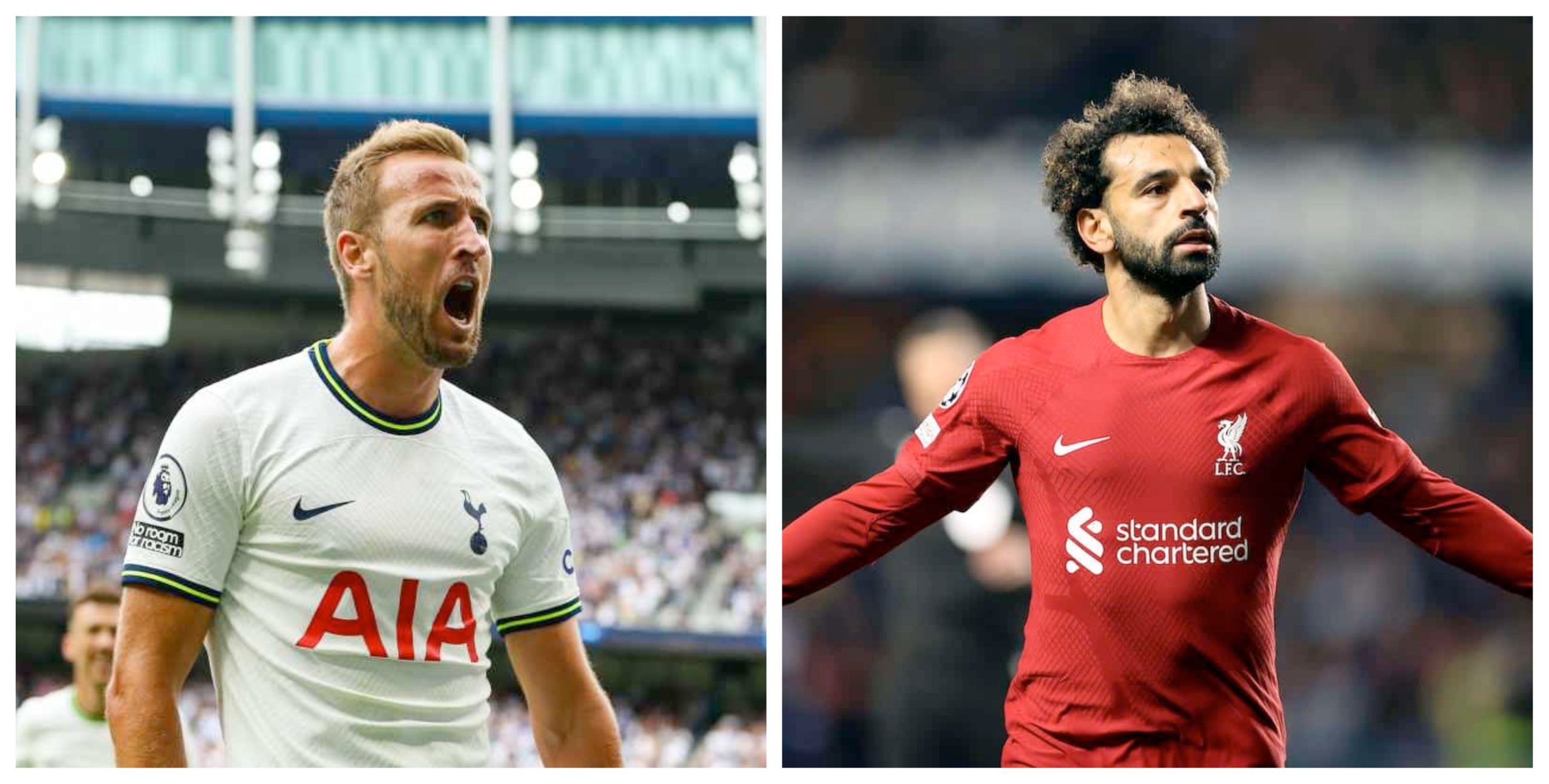 Neither team will be thrilled with how their season has gone so far but Tottenham will at least take solace in the fact that they sit in the top four, while Liverpool struggle away in ninth place. Both sides made it through tricky Champions League groups but need their league form to improve.

Spurs have struggled to make things click on the pitch this season, but managed to win points in games despite being outplayed. Up until they faced Arsenal that is. Arsenal exposed the shortcomings in the Tottenham team, and then Manchester United did the same. Antonio Conte was backed to the tune of £100mil in the summer but with Richarlison injured and the manager not fully trusting Yves Bissouma and Djed Spence as yet, he has been relying on the same group of players as last season. That would be fine if Dejan Kulusevski hadn’t missed much of the season so far with injury leaving Spurs short of a player who can connect the midfield and attack.

Hueng-Min Son picked up an injury against Marseille and will miss this weekend’s game but the hope is that he will be ok to play for South Korea in the World Cup. His absence, along with Kulusevski and Richarlison, leave Tottenham very light in attack. Harry Kane has not had much to work with this season in terms of open play opportunities and the England frontman might need to start working on cloning himself so that he can play in midfield and upfront. It seems unlike he will complete the cloning process in time for Sunday though.

Liverpool are threatening to rival Southampton as the weirdest club in the league with their seeming to be no rhyme or reason for their inconsistency. How does a team beat Manchester City and West Ham, and then lose to Nottingham Forest and Leeds? It’s been a very disappointing 12 games for Jurgen Klopp’s team in the league, with four defeats already – double the amount the suffered in 38 games last season. In fact it’s the exact same amount of defeats as they suffered in 63 games last season in all competitions.

Klopp has mixed and matched his tactical approach, changing the system four times already this season and seemingly abandoning the press principles that were the calling card of his teams before this season. He seemed to be trending towards a skewed 4-4-2 prior to the injuries to Luis Diaz and Diogo Jota, which robbed him of the pacey outlets down that flank which was a key component of the system. He reverted to a 4-3-3/4-diamond-2 shape over the last few games and it will be interesting to see what he tries against a Tottenham side that may look to pack the midfield.

No matter where you are, you can use your Liberty Shield VPN to find a way to watch Premier League Match Day 15. Don’t have a Liberty Shield VPN? You’re missing out! Click right here to check out what we can offer you, and use the code EPL25 to get a 25% OFF your VPN or VPN Router at check-out. 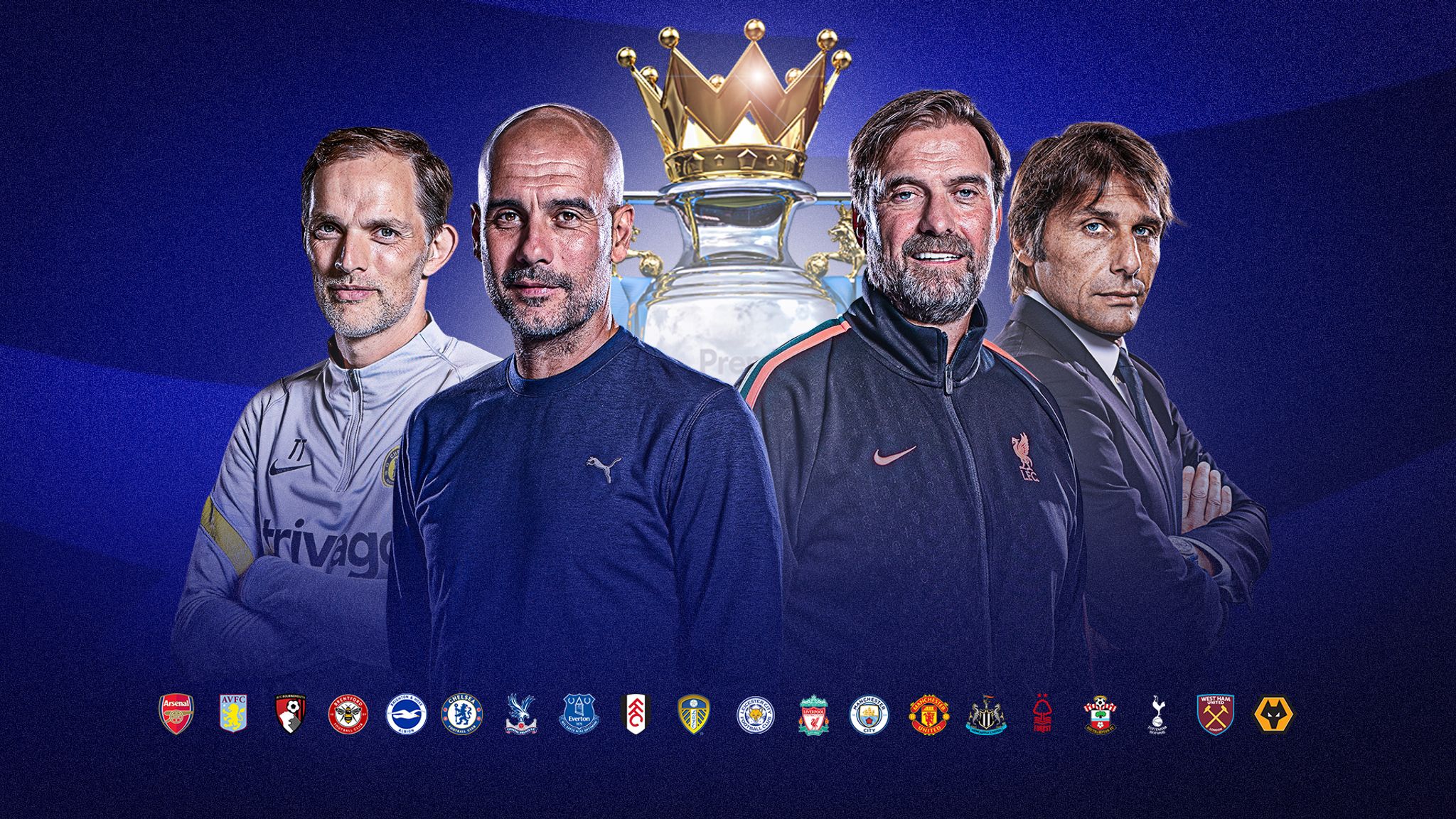 How to watch every Premier League Match 15 game from anywhere…

But these streaming services are not available to everyone, for example when you load Amazon Prime, Sky Sports and BT Sport in the USA, Germany, Ireland, Netherlands, France, Spain, Portugal, Australia, Dubai, Canada etc. you will get an error message.

This is basically because their streaming services are geoblocked based on the IP address being used to access it. You must be a UK domestic web user to access Amazon Prime, BT Sport, Sky Sports and BBC Sport live tv streaming. 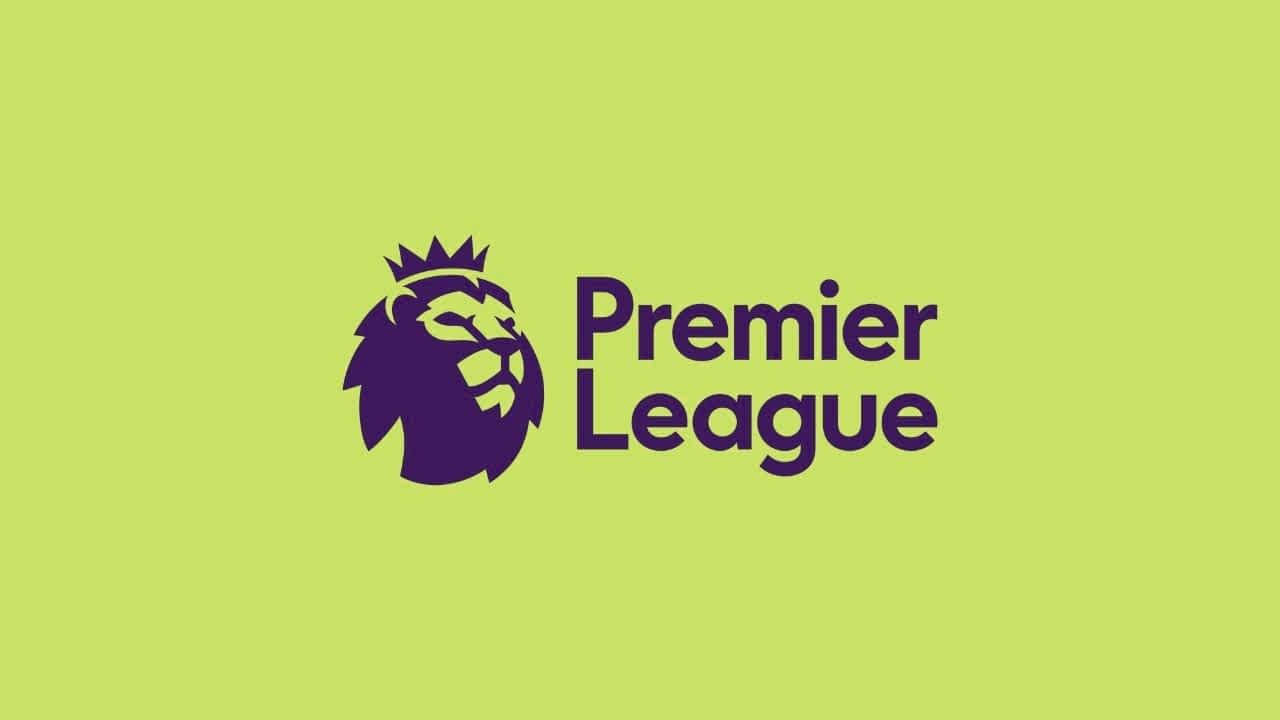