It’s a huge weekend in domestic Rugby with the semi-finals of both the Gallagher Premiership and the United Rugby Championship taking place, promising four very exciting contests across Friday and Saturday. Rugby is streamed live in the UK by BT Sport, BBC, ITV & S4C.

On Friday night the first of the United Rugby Championship semi-finals sees Leinster play host to the Bulls at the RDS Arena. Leinster finished top of the regular season league table, claiming the Irish Shield at the same time. 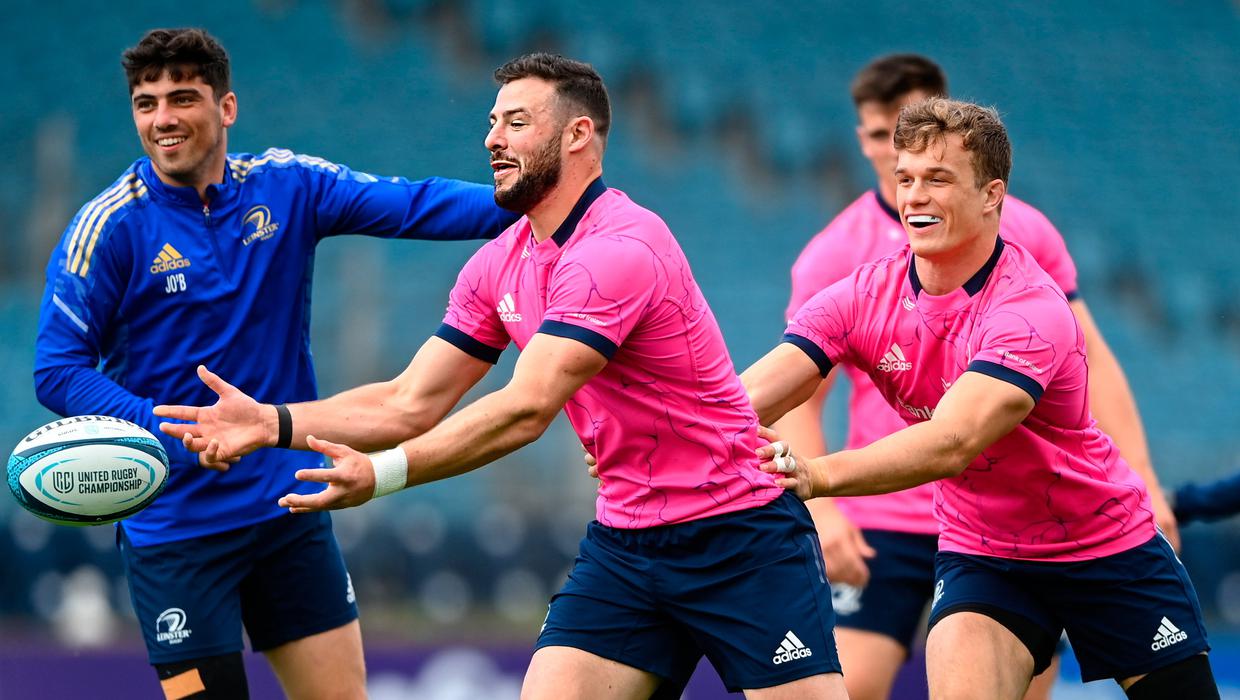 Our RUGBY PREVIEW articles are brought to you in partnership with EPL Index, and Dave Hendrick – host of the Two Footed Podcast, offering FREE podcasts to football fans.

The lost only one home game, and two of their other defeats came on away trips to South Africa. They swept aside teams frequently, with Head Coach Leo Cullen making full use of the incredibly strong squad he has at his disposal to keep his players fresh throughout the season. In their quarter-final game, they destroyed Glasgow by 76-14 with Jordan Larmour and Ross Byrne playing starring roles.

The Bulls finished 4th in the table, with 11 wins and seven defeats. They had a high powered attack, the 3rd best in the competition, but only the 8th best defense. They finished second amongst South African team, behind the Stormers, and showed flashes of what might be to come in future years as the South African clubs continue to find their feet playing amongst European clubs after so long being part of the Super Rugby competition in the Southern Hemisphere. Their quarter-final victory over the Sharks showed the good and bad sides of the Bulls as they powered into a big league, threw it away and then needed a last gasp drop goal to secure the win.

The Bulls have visited Ireland twice this season, and lost both times. Way back in September they faced Leinster in the opening round of the competition and suffered a 31-3 defeat at the Aviva Stadium. Connacht inflicted another heavy defeat on them the following week, with a scoreline of 34-7. The Bulls did get better and better as the season progressed but memories of that defeat at the Aviva will still be fresh in their mind. They face a massive task to overcome the Leinster juggernaut this weekend.

The second URC semi-final pits the Stormers against Ulster at the fabulous Cape Town Stadium. The Stormers finished second in the table, proving themselves the hardest team to beat by losing only four games – less than any other team. They weren’t outstanding in attack or defense, but were solid in both regards. Solid is the word that best describes this team. The 5th best attack, the 3rd best defense.

They saw off Edinburgh in the quarter-finals in Cape Town and have been largely excellent at home all season. Their only defeat came against the Lions in their first home game of the season, but have swept aside all comers since. Those opponents included this weekends foe, Ulster. The sides met in late March and played a very competitive game, with the South African’s claiming a 23-20 victory.

Ulster will be seeking revenge this weekend and will be relying on their excellent defense to try and nullify the Stormers threat. They had the second best defensive record during the league stage, and they leaned heavily on it because their attack misfired consistently. They finished 3rd in the table, but only had the 10th best attack. That’s something of an anomaly and Dan McFarland will know that his team need to improve when they have the ball.

They showed what they are capable of in their quarter-final contest against Munster. Despite performing better than Munster through the league campaign, many people fancied Munster to punish Ulster’s attacking failures and advance but the the Ulstermen were not going to allow that to happen. A 36-17 victory, built off excellent performances by John Cooney and Stewart Moore, crushed their Irish rivals and put the rest of the competition on notice that Ulster will need to be taken seriously. If the attack fires they are a real threat to win the whole competition given the strength of that defense.

The two Gallagher Premiership semi-finals also take place on Saturday and the first of them sees Saracens take on Harlequins in a meeting of the teams who finished 2nd and 3rd in the league campaign. The StoneX Stadium, more commonly known as Barnet Copthall, will be the venue giving Saracens the home advantage. This is Saracens first season back in the top flight after their relegation in 2020 for salary cap infringements. That they have bounced back so quickly perhaps suggests that the punishment wasn’t harsh enough, but they have served their penalty and moved on. 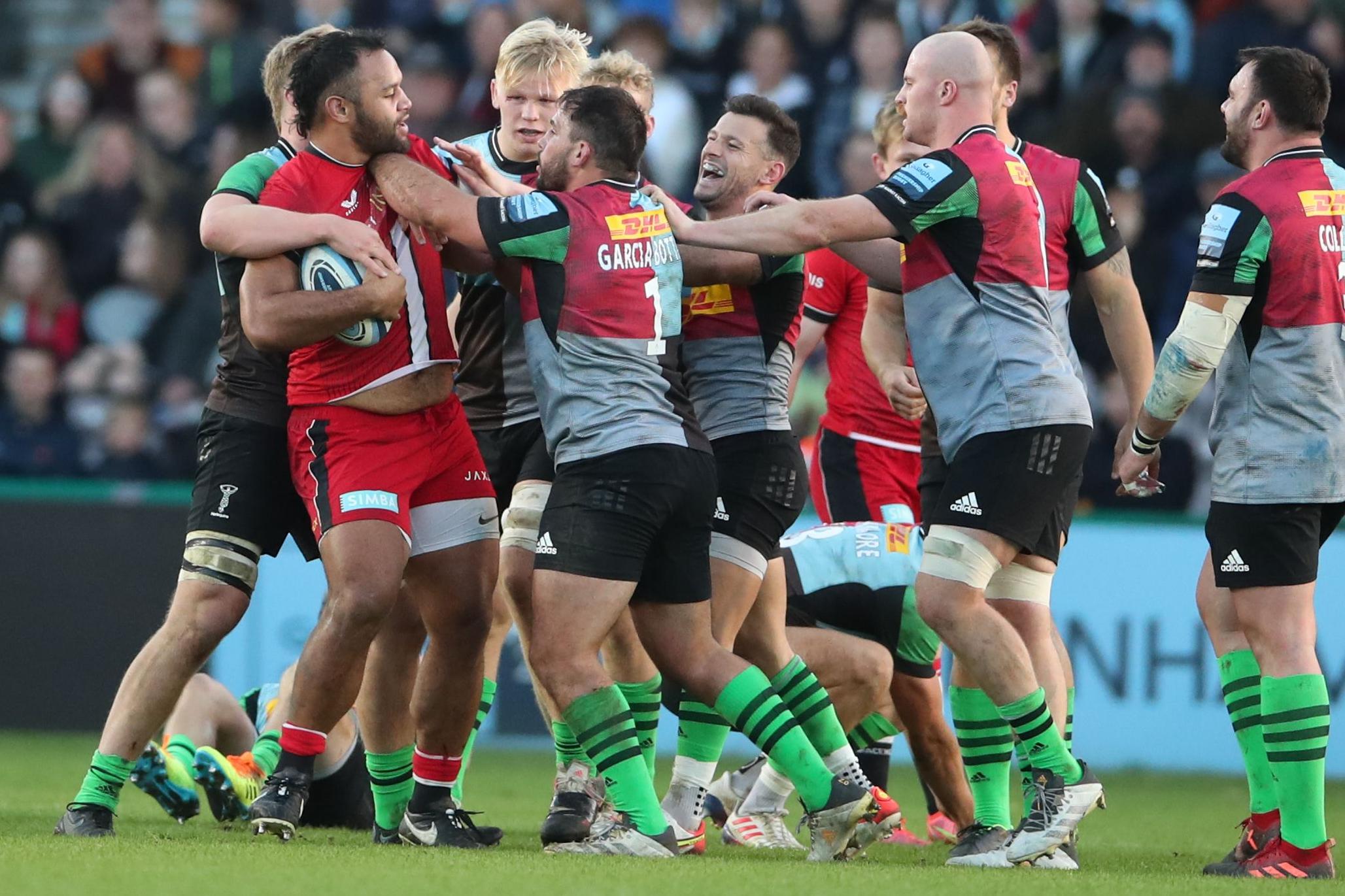 They showed no signs of having been away from the top flight, finishing 2nd with the best attack in the league alongside the second best defense. They were a complete team and maintained a very strong home record through the season, losing only one game at the StoneX. They split the series against table toppers Leicester, winning at home and losing away, which will give them confidence should they get past Harlequins and face Leicester in the final that people are anticipating.

Harlequins finished 3rd in the table which was a bit surprising considered they didn’t really stand out at either end of the pitch. They had the 6th best attack, and the 6th best defense, as well as the 5th highest scoring differential. They picked their spots well and managed their way through the season but are seen as sizeable underdogs heading into this weekend. They should not be overlooked though, because they have a history of meandering through the season and then reaching a new level once the playoffs coming around. Last season they ended the league stage in fourth place before defeating table toppers Bristol in the semi-finals and then-defending Champions Exeter in the final.

One of the main reason Harlequins are underdogs is that they’ve lost twice to Saracens this season, but maybe that will play into their hands. Perhaps Saracens will be overly confident and looking past them to the much anticipated potential final against Leicester. If Saracens aren’t locked in and at their best, Harlequins will revel in running peoples idea of what the final should be.

The other semi-final pits table topping Leicester against 4th place Northampton at Welford Road. Leicester were comfortably the best team through the league stage, using a watertight defense as a platform for their excellent performances. They finished seven points clear of Saracens in 2nd, 14 clear of Harlequins in 3rd and a whopping 19 clear of Northampton. They won 20 of their 24 games, including two dominant wins over Northampton. 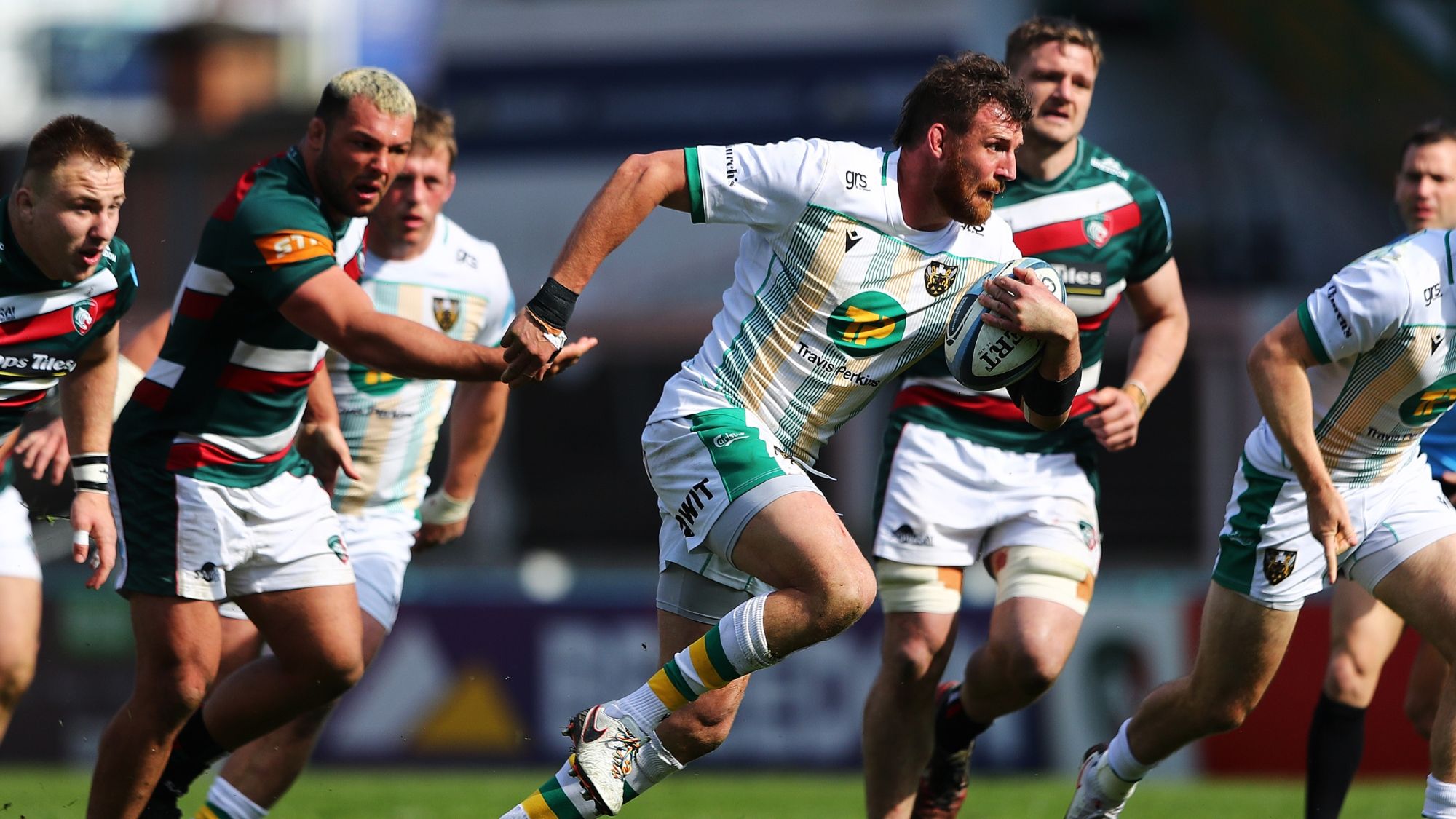 Having dominated English Rugby during the golden era of Leicester Rugby from 1999 to 2013, a period in which they won eight league titles and two European Cups. They also finished second in the league five times in that period. To go 14 years finishing outside of the top two only once is a staggering achievement. That period ended, and Leicester fell from grace but Head Coach Steve Borthwick has re-established them as one of the top teams in the land in just his second season in charge. They aren’t just heavy favourites to win this weekend, they’re the favourites to win the entire thing. As mentioned, the potential of a Leicester vs Saracens final is particularly enticing but by no means a guarantee.

Northampton, like Harlequins, will play the role of underdog this weekend and they will relish the chance to knock off Leicester. Northampton aren’t a particularly well balanced team. They are brilliant in attack, second best in the league, but quite poor in attack – the 8th best over the season. They scored a league high 99 tries and carved open opponents time and again during the season. Rugby Director Chris Boyd has built this high powered attack which has drawn plaudits but he has received criticism for not improving the defensive side of things. It will be very interesting to see if they continue to play the same way next season after he departs the club.

The Saints have only ever won the Premiership once, in 2014, and are desperate to add another one to their trophy cabinet. They are going to have to take the hardest possible path but will draw confidence from Harlequins success last season. The biggest plus for Northampton is that they can play with freedom. They are the underdogs, nobody expects them to win this weekend outside of their own fanbase but they will know that they do have the attacking power to cause a massive upset.