The 2022 Six Nations Championship has reached its penultimate weekend with three teams still in the mix to win the competition outright. The ever popular Rugby Union Tournament will once again be shown with comprehensive free live streaming on BBC Sport and ITV.

France are perfect through the first three weeks and top the table but face the prospect of two tough games across the next two weekends as they aim to clinch their first title since 2010. A drought of such length is completely unacceptable for a nation with the quality available to them that France can call upon. 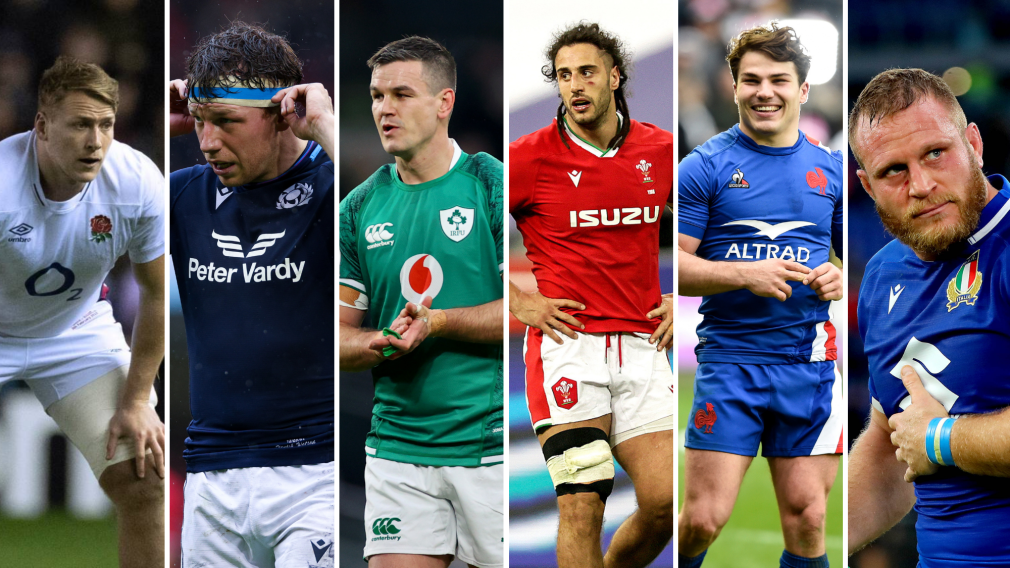 Our Six Nations 2022 Round 4 preview is brought to you in partnership with EPL Index, and Dave Hendrick – host of the Two Footed Podcast, offering FREE podcasts to football fans.

Ireland and England are well positioned to pounce and gain control of this seasons Six Nations Championship should France slip up, but one of them will fall out of the race this weekend. Let’s take a look at what’s in store this weekend. 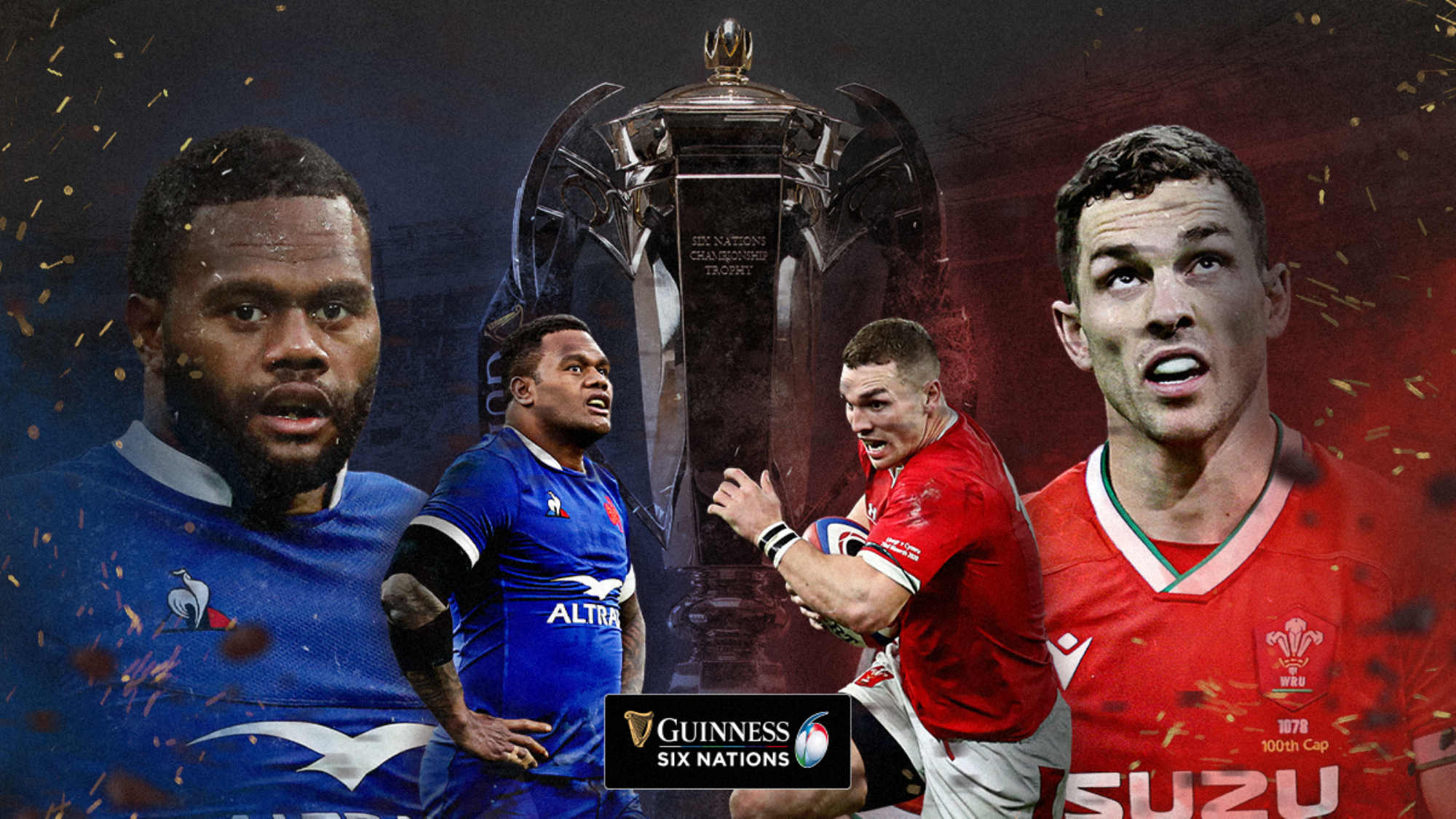 The defending Champions against the Champions elect. On a Friday night under the lights in front of a hugely partisan Welsh crowd who will attempt to roar their team to victory.

The Welsh have not put their best foot forward thus far, but in their defence they have had a very difficult first three games. Defeats to Ireland and England weren’t bad results, but the performance in both games will not have pleased their fans. They didn’t show up against Ireland, and while they gave a better account of themselves against England the overwhelming feeling after the game was that the Welsh could have triumphed if they’d been more disciplined. Wales simply gave away too many penalties on the day and gifted too many points, 24 in total, to England. Their victory over Scotland was the lone highlight of the season so far but victory over France would give them great satisfaction.

The French have won their three games with only Ireland causing them a problem thus far. Italy were dispatched comfortably despite the French not playing at close to their highest level, while Scotland were lucky that the final scoreline didn’t end up even more one sided. Ireland exploited some weaknesses in spells but could not sustain the pressure and the French were able to regain control and see out the victory. With England up last, France know that they will have to be at their very best in both games, and that a defeat this weekend could make that final showdown with England a title decider. 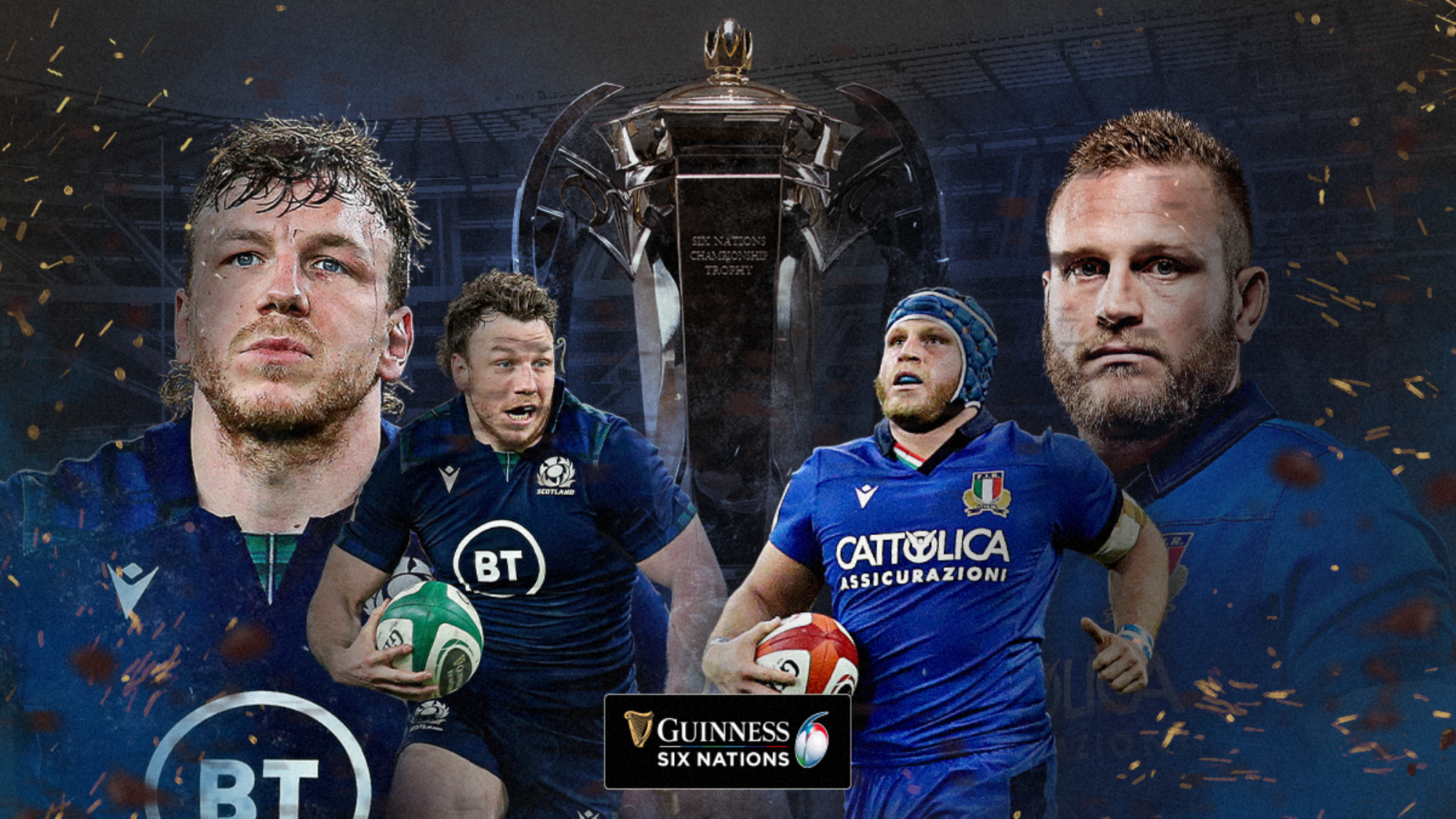 Italy would give anything to avoid taking home another Wooden Spoon but given their point differential it would appear to be a near certainty that the ignominy of finishing bottom of the table is certainly going to be placed at their door once again, even if they can pull off a victory this weekend.

Italy have been heavily beaten in all three games so far. They did show plenty of fight in their opening game against France but were whitewashed by England in game two and that seemed to be a massive blow to their self belief. Ireland destroyed them in the last round. Ireland ran over the line nine times, as the Italian defence struggled with the speed and power of the Irish attack. If there is to be any chance of progress from the Italians they really have to get their act together when the opponent has the ball. To concede 127 points through three games gives you absolutely no chance of victory. They have to tighten up this weekend.

Scotland did what Scotland always do, and gave us false hope to begin the season. Without a title since the Five Nations became the Six Nations, the Scots have frequently won their first game before failing to build on it. This year, they defeated England at Murrayfield but have lost back to back games since. They lost a close game to Wales but didn’t put up much of a fight against France, much to the dismay of the Murrayfield crowd. It was unusual to see them so flat at their home stadium and Gregor Townsend will be hoping for a big reaction this weekend because losing to Italy might see his position come under scrutiny. 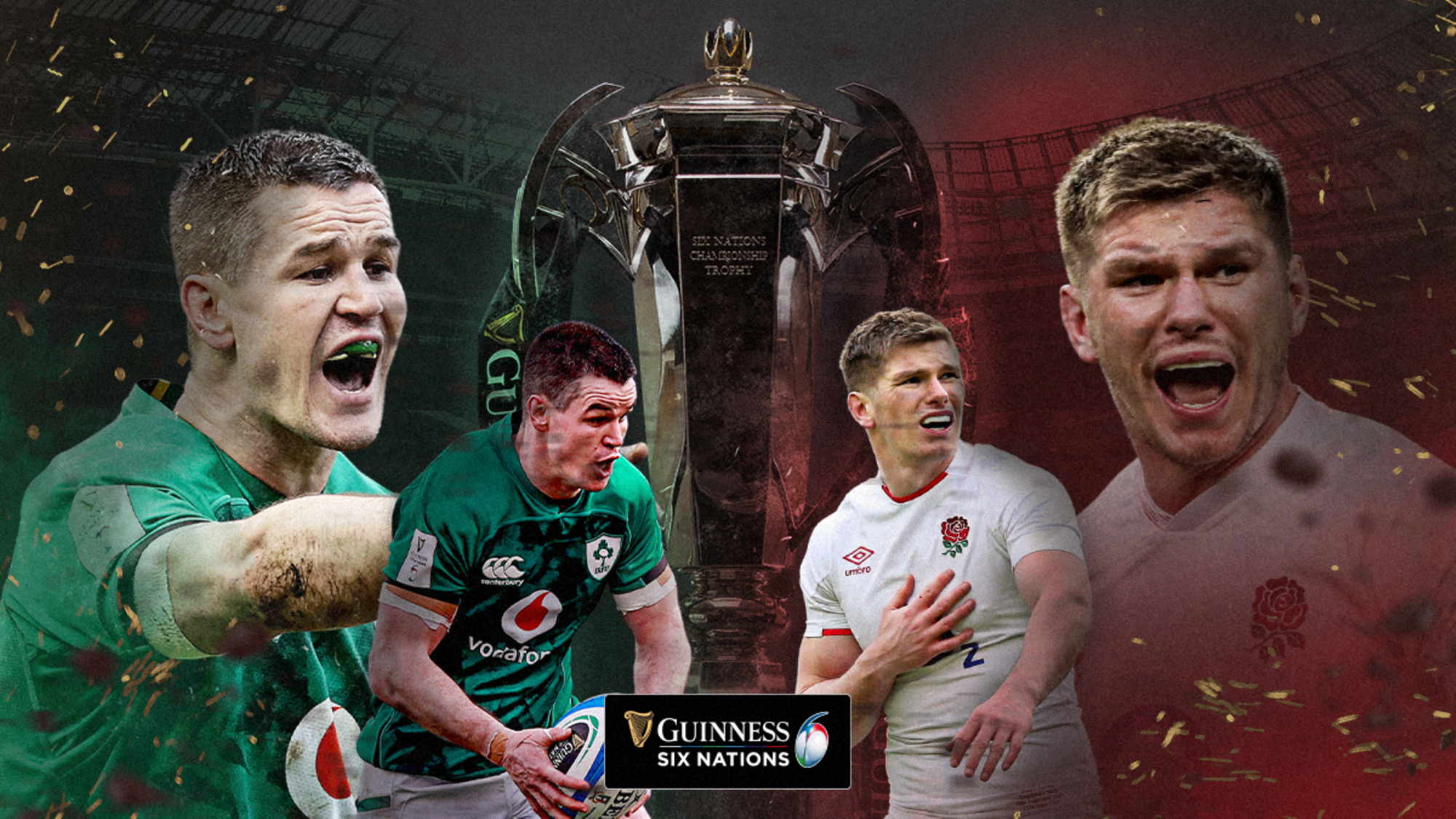 If France lose in Cardiff, England and Ireland are the teams who can take advantage and claim top spot heading into the final weekend. The two threats to French supremacy will become one this weekend, with France’s best scenario in defeat being an English win here as a win for the French in their last weekend showdown in Paris would secure them the title while Ireland would be strongly favoured to beat Scotland at home so a victory for the Irish would make them the overwhelming favourites to take the title.

England are yet to truly impress in the competition thus far. They were bullied by the Scots, obtained a run of the mill victory against the Italians and relied heavily on Wales’ lack of discipline to down the Dragon. The Irish will present a far greater test of this new-look England team that Eddie Jones has put together. Jones entered the season under pressure, with a lot of talk about whether his seven year tenure should continue beyond this years competition. Jones, to his credit, has won three Six Nations Championship and was voted World Coach of the Year in 2017 but the standards and expectations on the England team are incredibly high. Even finishing as runners-up at the 2019 World Cup wasn’t good enough for some. He deserves more time in the job. He deserves the opportunity to see what this team of his is capable of, regardless of the results over the next two weekends.

Ireland march into Twickenham in a potentially perfect situation. Defeat means their campaign is dead in the water but a victory would mean that they go into the final game against Scotland with a chance of claiming the title. If France lose to Wales, then back to back Irish wins would hand them the title, but even a French victory in Cardiff doesn’t slam the door. Ireland would need to carry on regardless, beat the Scots and then hope that the English can defeat the French in a big game. Something that has happened many times in recent years. Unfortunately for the Irish, they have won only one of their last eight visits to Twickenham, but maybe they’re due a victory. It could be a monumental triumph if they pull it off and results go their way elsewhere. 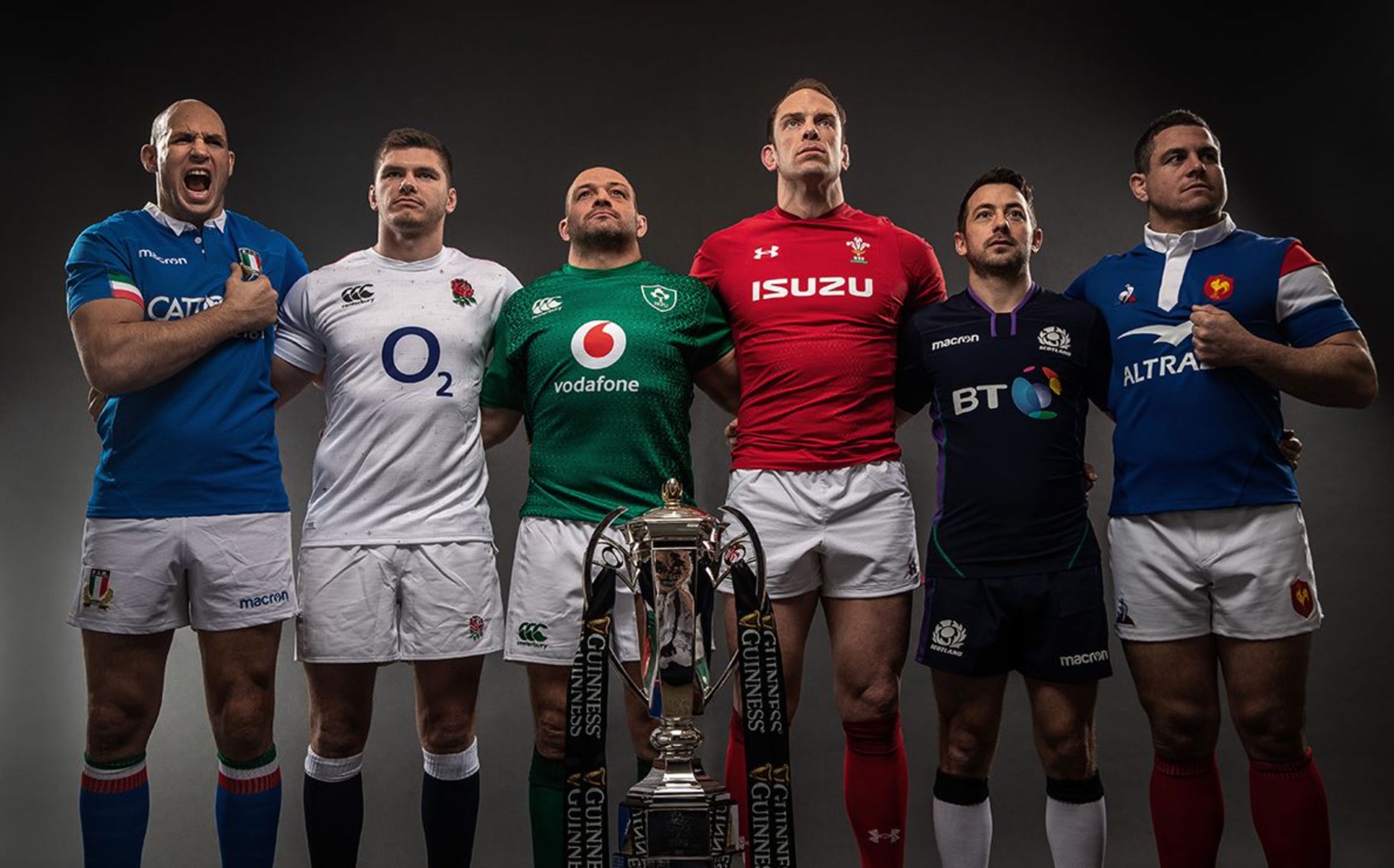 How to watch the Six Nations 2022 Round 4 from anywhere…

The Six Nations 2022 Round 4 will be streamed live on BBC and ITV as well as their respective BBC Sport, BBC iPlayer and ITV Hub apps for iPhone, iPad, Android, Smart TV, Now TV, FireTV etc.

What channels are streaming Six Nations 2022 Round 4 Rugby?