Another exhilarating season of Formula One thrills is just around the corner. This is the time of year when many fans lock down their coverage priorities for this sport that is also a way of life. Naturally the question arises: How to watch F1 2018 Live Online from Anywhere? Details below.

Whether you prefer coverage coming out of the UK, Germany, or the U.S., Liberty Shield has you covered. Our eight major VPN nations cover all of the most important outlets for this tremendous sporting spectacle. Watch F1 2018 Live Online with Liberty Shield.

The 2017 season saw Formula 1 register an increase in audience figures across both TV and digital platforms compared to the previous year, with F1 the fastest growing sport brand on social media platforms. The TV cumulative audience – i.e. the aggregate of the average audience of all the F1 programs broadcast across the year – in the top 20 markets* (based on ranking of TV audience) stood at 1.4 billion, which represents an increase of 6.2% compared to 2016. Watch F1 2018 Live Online with Liberty Shield.

The top four markets – Germany, Brazil, Italy and the UK, ranked by absolute figures – all registered positive growth. The strongest was Italy (+19.1%), followed by Brazil (+13.4%), the UK (+3.9%) and Germany (+0.9%). Other significant increases were registered in China (+42.2%), Switzerland (+14.3%) and Denmark (+14.1%). Cumulative viewing (live and non-live) of races remained at around 603 million, with a 1% increase in the live audience and improvements in cumulative viewing for both free practice and qualifying sessions. Watch F1 2018 Live Online with Liberty Shield. 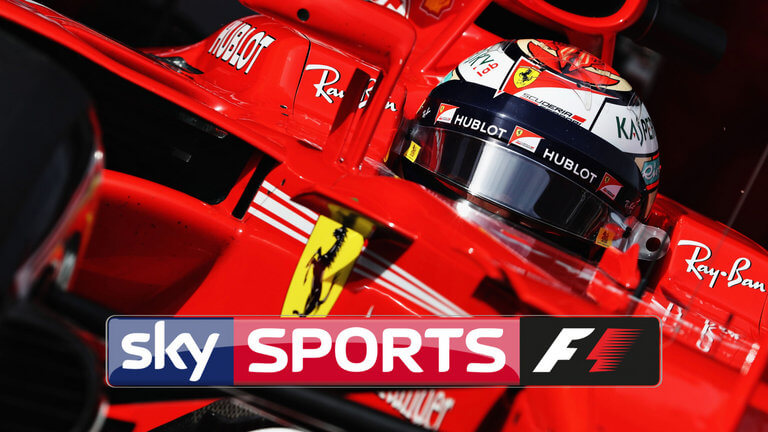 The number of users of Formula 1’s social media platforms also grew significantly during 2017, with a total of 11.9 million followers on Facebook, Twitter, Instagram and YouTube. The improvement compared to 2016 was up to 54.9%, which made Formula 1 2017’s fastest growing sport brand on social media. On Twitter too, video content was the best performing, with over 64 million views, up 165% year on year. And Instagram followers almost doubled during 2017 (+93%), reaching 3.8 million. Watch F1 2018 Live Online with Liberty Shield.

The best way to watch live F1 streaming is with a UK, USA or German IP address.

With a UK IP address you’ll be able to access free live streaming of several races with Channel 4 through their website or apps.  Sky Sports F1 will show every race and you can watch on Sky Sports for free via Sky Go (if you are a Sky customer or have friends or family in the UK with access).  Alternatively you can buy a Now TV pass for Sky Sports; Day, Week and Month sports passes are available.

With a USA IP address you’ll be able to login via a US Cable Subscription (DirecTV, DISH etc.) to watch every race from the Formula One Grand Prix season live on ESPN and ABC.

With a German IP address you can watch Formula One live with German language commentary. RTL shows every Grand Prix with free live streaming.

So how do you watch Formula One live from anywhere?

Of course F1 Grand Prix isn’t the only geographically-censored sport streaming that a VPN or Proxy will allow you to access.  Other USA services like ESPN, Fox Soccer, NBC Sports, Hulu, HBO, Netflix and Pandora are available. Plus with the option to switch to our UK service whenever you like. You can also access NFL Game Pass and NHL TV with no blackouts; plus UK channels like BBC iPlayer, BBC Sport, ITV Hub, 4OD, Sky Go and Now TV. Essentially you can access international content from virtually anywhere!