Liberty Shield
EntertainmentGeneralGeo BlockedPrivacy & SecuritySportVPN
Home Sport Watch World Snooker Championships 2015 on BBC Sport
Facebook
Twitter
Pinterest
WhatsApp
Email
For Snooker fans worldwide the pure mention of “The Crucible” means it’s time for the big one, as the world’s top 32 players meet for the World Championship (BBC Sport Website & BBC2 – 18th April – 4th May 2015). Mark Selby defends the title he won by defeating Ronnie O’Sullivan 18-14 last year. The latter is looking for his sixth win and rather typically this fascinating and mercurial talent recently admitted that snooker occupied increasingly little of his time and that he was practicing as little as two hours a week. Which fact, it being Ronnie, may only make his opponents nervous. 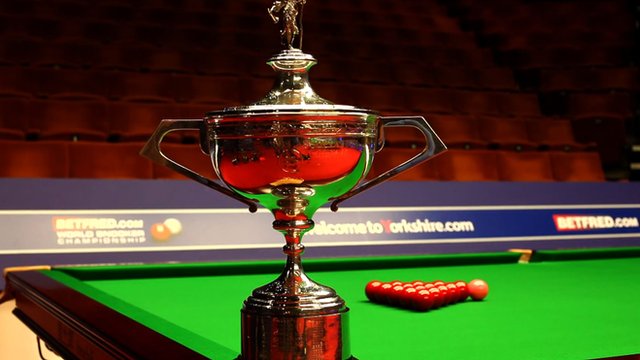 UK free view broadcaster BBC Sport will bring you live coverage of the 2015 Snooker World Championship from Saturday, 18 April across BBC TV, Red Button, connected TVs, online, tablets and smartphones.Viewers can also watch live coverage of both tables at the Crucible via the BBC Sport website and connected TV.
Dedicated streams will be on hand until Thursday, 30 April, when the tournament goes down to a single table.Our UK VPN and Proxy Servers are technically compatible with the BBC Sport website and mobile apps.  One of our Pre-configured UK VPN Routers will allow you to watch from anywhere on connected devices which offer BBC Sport; including NOW TV, Amazon Fire TV, Roku, Apple TV, Chromecast, PlayStation, X Box, Wii and much more.
Furthermore BBC Sport and BBC iPlayer aren’t the only geographically-censored streaming services a VPN or Proxy will allow you to access.  Other UK services like ITV Player, 4OD, SkyGo and Now TV are available, and with the option to switch to our USA service whenever you like, you can access Hulu, HBO GO, Netflix and Pandora – essentially you can access international content from virtually anywhere!